Home > Blog > Inflammation > MARCoNS: Chronic Nasal Infections, Mold Toxicity, and How to Get Rid of Them

MARCoNS: Chronic Nasal Infections, Mold Toxicity, and How to Get Rid of Them 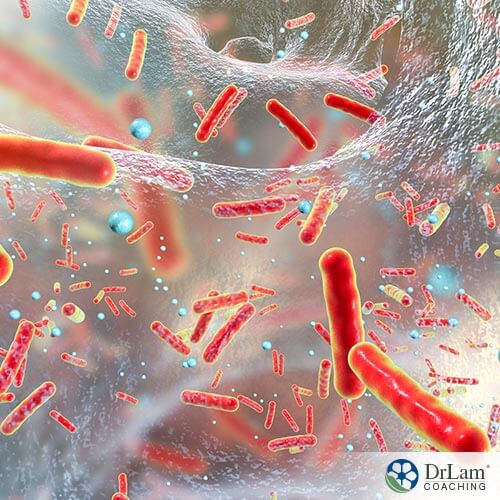 MARCoNS, i.e., Multiple Antibiotic Resistant Coagulase Negative Staphylococci (staph), is an infection that may be present in more than eighty percent of people having mold toxicity and chronic inflammatory conditions. In most cases, these health issues have a resistance to antibiotics and are protected by biofilm. The term "biofilm" refers to the layer of mucus containing various bacteria, such as that in your nasal passage. This biofilm acts to protect certain bacteria, allowing it to proliferate and making it difficult to irradicate. In some cases, MARCoNS can cause a person who no longer suffers from mold toxicity to have persistent inflammation and symptoms, despite medical interventions of various kinds.

MARCoNS itself is not an infection. It is, instead, severe bacterial colonization that releases chemicals into your bloodstream that cause inflammation. Furthermore, by producing a compound that deactivates Melanocyte-Stimulating Hormone (MSH), MARCoNS decreases the levels of this hormone and further promotes inflammation.

MSH is produced in your hypothalamus, pituitary gland, and skin cells. Your hypothalamus and pituitary gland are part of your Hypothalamic-Pituitary-Adrenal (HPA) axis that plays a vital role in your NeuroEndoMetabolic (NEM) stress response. MSH also plays a role in protecting your nose membranes from MARCoNS colonization.

You do not find MARCoNS in the nasal passages of those with healthy, well-functioning immune systems. You do however find it in those with pre-existing health issues that include adrenal fatigue and mold toxicity, amongst others.

As MARCoNS lowers MSH levels, it causes an increase in cytokines and a decrease in regulatory T-cells. While cytokines help regulate inflammation, elevated levels could promote it. T-cells, also part of your body’s immune response, target and remove foreign pathogens like bacteria. A decrease in T-cells, however, paves the way for MARCoNS to flourish.

Like your gut, your nasal passages have their own, unique microbiome. This microbiome also has myriad bacteria, which is often beneficial. Even staph plays a role. These bacteria do not cause any health issues in healthy people until something rocks the boat. A decrease in the effectiveness of your immune system, though, may open the door for imbalance in the microbiome and certain bacteria to grow unchecked.

A good example is a mold that produces mycotoxins. Mycotoxins are toxic mold byproducts. And when inhaled, they can cross your blood-brain barrier. Your body sees them as a threat and responds by activating your immune system to counter the threat.

Research has not yet established clear pathways for how mold and mycotoxins affect the body. They are known to exacerbate allergies and asthma, and cause more problems in people whose immune function is already compromised, as is often the case for those with adrenal fatigue. However, the exact mechanism for how your immune system responds to mold is unknown.

Long-term mold exposure, however, is likely to lead to a constantly active immune system, which could eventually cause fatigue of your immune system and thus a decrease in immunity. This could allow staph bacteria to flourish and MARCoNS to develop.

MARCoNs often presents as sinus symptoms. This is often the case in those exposed to mold. As a result, you may have symptoms that include headaches, facial pain, sinus pressure, tooth pain, and others. But MARCoNS also has a variety of other symptoms, making it exceedingly difficult to identify.

Symptoms that indicate the possibility of MARCoNS include: 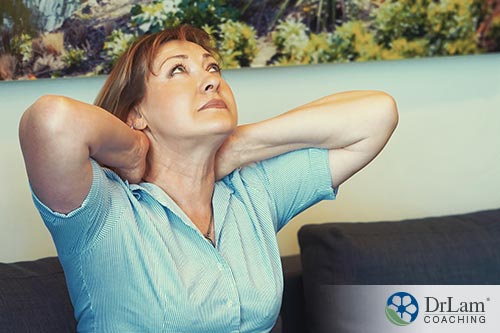 The Importance of Keeping Inflammation In Check

Inflammation, an automatic immune response, is the result of psychological or physical stress, i.e., stress from getting hurt in some way, including from viruses or bacteria. This stress can become chronic, and it is often something we are unaware of. It may not immediately show symptoms, and they may take years to manifest. Examples of this are the symptoms associated with Lyme Disease and the Epstein-Barr (EB) virus, both of which have a strong association with MARCoNS and adrenal fatigue.

One cause that can lead inflammation to become chronic is adrenal fatigue, which causes imbalances in many of the body's systems. Unfortunately, adrenal fatigue is often overlooked.

Adrenal fatigue and inflammation are closely connected to your body's NeuroEndoMetabolic (NEM) stress response, which is the system of organs and systems used to counter stressors. Your inflammation circuit, consisting of your gut, microbiome, and immune system, plays an important role in this process. Because your brain is affected by the crossing of pathogens over the blood-brain barrier, you could expect possible neurological consequences from the condition as well.

MARCoNS also affects your pituitary and hypothalamus, which may lead to adrenal problems due to the closely related functions of these glands. Toxic byproducts of mold could damage your pituitary gland which, in turn, could affect the production of various hormones that include thyroid hormones, cortisol, and growth hormones. For example, studies on MARCoNS show that those with the condition resulting from mold toxicity have over fifty percent less growth hormone than healthy people.

This could result in: 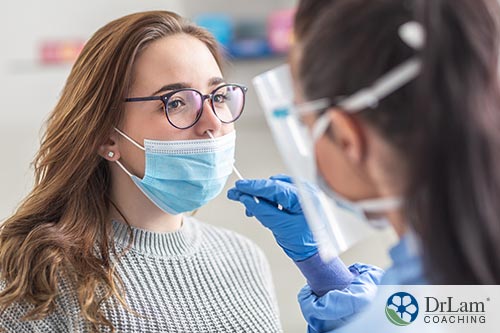 Because MARCoNS is resistant to antibiotics and resides deep in your nasal passages, the best way of identifying the condition is using a deep nasal swab. The swab, sent to a laboratory, is tested for the presence of MARCoNS and gram-positive and gram-negative bacteria. It could also be assessed for antibiotic susceptibility, used to make a biofilm assessment, and cultured to determine the presence of mold or yeast as well as their strains.

What to Do About MARCoNS

An understanding of MARCoNS is not widespread amongst the traditional healthcare community, especially the role it plays in those previously found to have autoimmune conditions like Lyme disease, lupus, chronic fatigue, and others. This could result from the relatively new understanding of this bacteria. In most cases, these practitioners focus on addressing the symptoms of the condition and not MARCoNS itself. Often, the traditional healthcare community suggests the use of yet another antibiotic, which may not be effective in this case.

Very often, removing the cause of MARCoNS may improve your various symptoms. If the condition results from mycotoxins resulting from mold exposure, for example, you may see a recovery with regards to hormone imbalance by working to thoroughly remove sources of mold from your environment.

Besides eradicating mold or removing yourself from such an environment, you can also consider a high-efficiency particulate air (HEPA) air filter or vacuum. These remove tiny particles from the air, including bacteria, resulting in cleaner, healthier air. HEPA products could particularly be of help when suffering from a sinus infection or hay fever. You could also consider using a mold fogger to get rid of mold particles. It is also quite effective but may not get rid of all the various particles that could contribute to your condition.

Improve Your Diet and Supplements

Some sources recommend reducing your gluten intake and eating more healthy fats and omega-3 supplements to stabilize brain function. It's also often a good idea to eat more organic fruits and vegetables to improve detoxification and support your body with essential nutrients. Sugar, simple carbs, and processed foods, on the other hand, can add to inflammation and should be avoided.

Removing mold and eating healthy are both good for your immune system.  However, besides these, providing immune support also include:

Nasal sprays, such as those with distilled or purified water, may provide relief from MARCoNS symptoms, especially when associated with sinus issues. But they may not necessarily help get rid of MARCoNS itself.

A nasal rinse formula with antibacterial, antifungal, and antiviral properties may help better address the MARCoNS itself. This may help soothe your nasal passages while getting rid of any foreign pathogens, including mold and staph.

Another nasal spray option is one containing probiotics. A probiotic may help repopulate your nasal passages with beneficial bacteria that help balance your nasal biofilm flora and help eradicate MARCoNS. 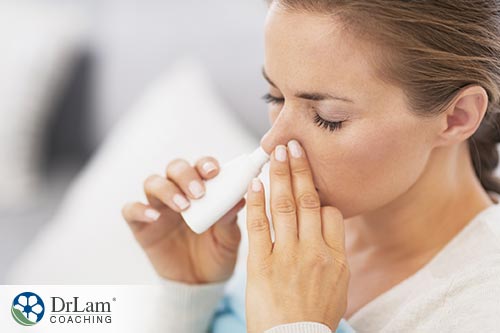 However, you should use nasal sprays with caution. Long-term use could result in a breakdown of the healthy biofilm and nasal discharge. You may also start feeling a stinging sensation.

Colloidal silver, when overused, could cause permanent skin discoloration, a condition known as argyria. It could also cause poor absorption of certain drugs. These include antibiotics and drugs used to treat thyroid issues.

Addressing MARCoNS is not something that happens overnight. There is no quick-fix. But there are steps you can take to beat the bacteria.

Here are a few things you can do about it:

Many people with adrenal fatigue in our Dr. Lam Coaching program suffer from MARCoNS. We have helped many of them deal with this issue in a manner that provides adrenal support and systemic healing. If you would like to know more about MARCoNS and how to deal with it, please give us a call at (626) 571-1234 for a free initial consultation. You can also request a callback here.