Home > Blog > Living with Adrenal Fatigue > Chronic Fatigue Symptoms: What To Look For

Chronic Fatigue Symptoms: What To Look For 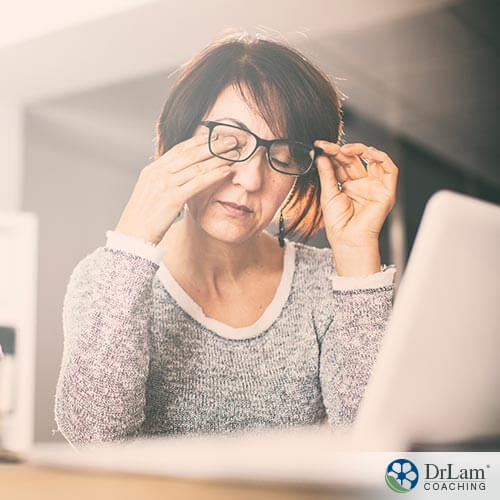 One to eight out of every 1,000 Americans may suffer from this chronic condition. And while it appears most often in certain age groups, people of any age can experience chronic fatigue symptoms. It seems to appear more frequently in African-Americans and Latinos, and less frequently among Asian Americans. However, it can occur in any ethnic group.

Core symptoms for CFS include the following three primary symptoms.

Firstly, if you have CFS, you experience a significantly reduced ability to complete activities that you could typically do before the onset of symptoms. This happens along with the extreme fatigue that characterizes CFS. The fatigue experienced with CFS can be severe, was not a problem before onset of symptoms, does not result from any difficult activity, and you can’t recover from it with sleep.

Secondly, chronic fatigue symptoms worsen after mental or physical exertion that would not cause problems before the onset of symptoms. Post-exertional malaise (PEM) describes this symptom. People suffering from PEM often describe it as a ‘crash’ or ‘collapse’. It appears similar to the adrenal crash people suffering from Adrenal Fatigue Syndrome (AFS) can experience. With such a crash may come difficulty thinking, sleeplessness, headaches, sore throat, dizziness, and severe fatigue. It may require weeks or even months to recover from a crash. In the case of severe crashes, a person may become house-bound or even bed-bound. In addition, the triggers for crashes may elude you. Different triggers may bring on crashes at different times. For example:

Thirdly, people experiencing chronic fatigue symptoms may experience sleeplessness. Others will not feel refreshed after a full night’s sleep.

In addition to the three core symptoms above, one of the following symptoms must occur for an accurate assessment of CFS to occur.

Many of these secondary symptoms bear a strong likeness to those experienced by people suffering from AFS or dysregulation of circuits in body's stress response.

Adrenal Fatigue Syndrome (AFS) is a health condition similar to CFS that results from chronic or severe stress. It begins with stress of any kind activating your adrenal glands to release cortisol, a stress-fighting hormone, to deal with the effects of stress. Ideally, cortisol handles these effects. However, if stress becomes chronic, your adrenals may become fatigued and unable to produce sufficient cortisol. This is the beginning of AFS. Symptoms start as vague but can worsen in severity to the point of becoming debilitating.

The NeuroEndoMetabolic (NEM) stress response is a model that describes how your body responds to continuing stress. This mechanism consists of several interconnected organs and systems, organized into circuits, that work to keep your body in balance. However, chronic stress can lead to dysregulation of its six circuits. Because these circuits work in an inter-related manner, what affects one affects others. This is how dysregulation can lead to varied and seemingly disconnected symptoms.

Other Related Physical Conditions and CFS

Accurate assessment of chronic fatigue symptoms requires your healthcare professional to rule out other conditions that may cause them. Currently, no laboratory tests exist that definitively point to CFS as the cause of your symptoms.

In your workup, your healthcare professional will ask about other illnesses and conditions you may experience. Some of these include:

Accurate assessment of the causes of chronic fatigue symptoms requires doctors to rule out the above conditions.

While the precise causes of CFS elude scientists at this time, some theories do exist. For example, the following causes are possible:

A major difference between CFS and AFS becomes apparent when discussing causes. Above all, the cause of AFS clearly comes from stress. Stress initiates the symptoms of AFS and your NEM stress response becomes activated to deal with it. CFS is likely to have other causes in addition to or instead of stress.

However, many of the possible causes of CFS listed above also occur in AFS, including hormone imbalances and increased susceptibility to infections. AFS can thus lead to some of the risk factors for CFS, tying the conditions more closely together.

Most people who suffer from CFS encounter their most severe symptoms in the first two years of the condition. However, those who suffer from AFS experience a gradual worsening of symptoms over a long period, often of several years.

After these first two years with CFS, some people recover completely, while a few others may become completely incapacitated. Most people gradually improve over a long period of time but may not ever completely regain their previous capacity. Risk factors for a slower recovery include:

On the other hand, people who suffer from AFS do not recover after a short period of time. Symptoms gradually worsening over years with an accompanying gradual decrease in the ability to function normally. Ultimately, the symptoms of AFS can worsen to the point of the person becoming totally bed bound. 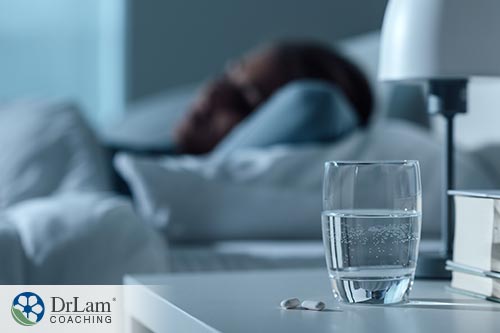 Once your healthcare professional declares you suffer from CFS, the common course of remediation involves a number of approaches. Many of these involve medication. For example, muscle relaxants might be recommended to help you sleep and relax along with stimulants to work on the fatigue. However, this cycle of remediation often does not work.

Three possible outcomes may result from this remediation effort: You may improve; you may reach a plateau of partial relief; or you may receive no relief or even get worse.

Some other ways of dealing with your chronic fatigue symptoms also may bring relief. Some of these methods include:

You may slow down and decrease physical exertion, saving your energy for essential activities at home or work. Avoiding psychological stress also can help.

Gradually increasing aerobic exercise very slowly under the guidance of a physical therapist can also help. You may feel worse at times after even low-intensity physical exercise. If this happens, avoid exercise for a few days, then start over at lower intensity.

Get Help For Depression

About 50 to 60 percent of those who suffer from CFS will get some relief if they work to reduce or manage their depression.

Supplementation of any type should always be done with the guidance of an experienced practitioner because supplements could backfire in people with sensitive bodies. This is very common in people with AFS and may be more likely in those with certain types of CFS.

The symptoms of chronic fatigue syndrome are primarily unrelenting fatigue not alleviated by rest or sleep. Sleeplessness becomes problematic, also. A number of other symptoms can also come with the condition.

Many of these symptoms bear great similarity to those of AFS. Because of the difficulty in specifying whether or not you may suffer from CFS, it is important for you and your healthcare professional to consider AFS as an alternative.

However, a significant difference separates the two conditions. No definitive cause for CFS is currently known. But AFS very clearly comes as a result of stress and its effects on your body. The course of the two conditions is another significant difference. With CFS you may experience the worst symptoms in the first two years of the condition, with gradual improvement often following. But with AFS, symptoms gradually worsen over the course of several years.

What Can You Do?

If you are suffering from chronic fatigue symptoms, here are a few things you can do to alleviate the situation:

Whatever course of action you decide to take, however, please do so with the guidance of your healthcare professional. He or she can help you look at options and consider the benefits of each one to bring you the best result.

If you would like to know more about or require assistance with chronic fatigue symptoms, the team at Dr. Lam Coaching can help. We offer a free** no-obligation phone consultation at +1-626-571-1234 where we will privately discuss your symptoms and various options. You can also send us a question through our Ask The Doctor system by clicking here.

What are chronic fatigue symptoms?

Chronic fatigue symptoms include the primary symptom of unrelenting fatigue not alleviated by rest or sleep. Sleeplessness may also be a significant symptom. Difficulty with thinking and concentration comes with chronic fatigue syndrome. There also is an impact on self-esteem due to inability to function as previously.