The Answer to How Belly Fat and Adrenal Fatigue are Connected 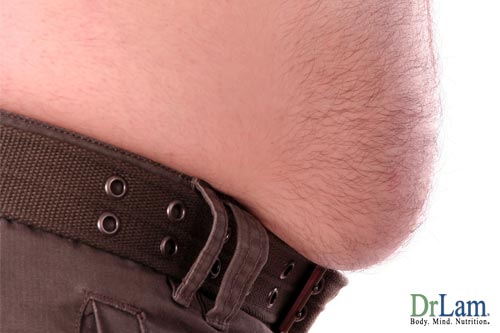 Abdominal fat, known clinically as central obesity, is an increasingly common phenomenon among modern populations which causes a variety of adverse health outcomes. With over a third of adults in the United States considered obese, the slang terms for this “muffin top” and “spare tire” are already firmly entrenched as a descriptor for the physical appearance of abdominal fat in modern vernacular. It seems also that as we get older, the propensity for obesity rises, with clinical obesity diagnosed in more than half of those over 50 years of age. So the question of course is, why the overwhelming prevalence of abdominal fat, and more importantly, is there a connection of how belly fat and Adrenal Fatigue are linked?

A Constellation of Causes

Quite a few factors contribute to the modern obesity epidemic. Diets have become more calorie rich as the food industry finds ways to create more for cheaper; personal energy expenditure decreases as the kinds of work available move from those requiring physical activity such as manufacturing and construction, to computer driven activities; similarly, entertainment options such as television and video games contribute to sedentary lifestyles. These are some of the most commonly cited general trends that feed into the condition and is how belly fat first appears. These well-known causes have equally well-known remedies, such as making sure to get more exercise and limiting the number of calories being put into the body. What about this one though: reduce stress and make sure your body is getting the rest and recharge time it needs.

Stress, and by proxy Adrenal Fatigue, has its own role to play in central obesity. When the adrenals are called upon to respond to stress on a frequent or even ongoing basis during the early stages of Adrenal Fatigue, cortisol production is in high gear to help the body to deal with the stressors. Glucocorticoid receptors that respond to cortisol are found in cells throughout the entire body, with different effects depending on what kind of tissue is responding.

Now in the central abdomen, which contains many times more cortisol receptors as compared to the body’s periphery, cortisol has an energy conservation and storage effect. The action of the tissues in the central part of the body–when continuously stimulated by cortisol - is to sequester fat and store it. In a way, the cortisol is attracting the fat to itself; subcutaneous and peripheral adipose deposits are redistributed to the central abdomen, causing the “spare tire” look we mentioned earlier.

For the reasons behind how belly fat increases, we have to look at the way cortisol itself is manufactured. It turns out that fat is one of the ingredients in the process of making cortisol. In fact, the synthesis pathway for cortisol, as well as most other hormones, starts with cholesterol. Pregnenolone, nicknamed the “mother of all hormones”, is itself manufactured from cholesterol. Let’s take a look at what happens when the body needs to produce cortisol: 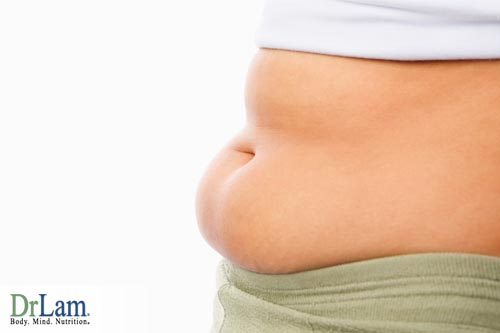 Starting with cholesterol, the liver, adrenal glands, intestines and reproductive organs all produce this vital building block. From here, cholesterol either stays in the blood or is stored, mostly in adipose tissue. When there is demand for steroidal hormone production, cholesterol is taken in by the producing organ to be converted to pregnenolone by the mitochondria. From here, enzymes in the cytoplasm convert the pregnenolone into either progesterone or DHEA. When cortisol is needed, the pituitary gland in the brain produces adrenocorticotropic hormone (ACTH) to trigger the adrenal cortex to further modify progesterone in order to produce and release cortisol.

So you can see, the simple act of releasing cortisol into the body to respond to stress involves quite a bit of biochemical synthesizing and enzymatic modification. Every step of the process takes energy, and when cortisol demand is high in the early stages of Adrenal Fatigue, a significant percentage of the body’s energy ends up going to making cortisol. In order to make the process more efficient, the stores of fat and cholesterol are moved closer to the internal organs where cholesterol is made and where cortisol is also ultimately made, which just so happens to be around the gut. This minimizes the time and energy needed to manufacture, transport, and ultimately synthesize each step of the way to cortisol.

In this way, the redistribution of fat to the tummy and expansion of the waistline is a good thing insofar as the adrenals are concerned. Of course, when looking at the big picture we end up with a host of negative health consequences.

Cortisol as a stress hormone is meant to be an acute response, providing energy and a short term stabilizing influence so the body can exert extra effort in order to overcome stress and return to a more balanced state of operation. Prolonged elevation of cortisol levels in Adrenal Fatigue’s early stages has unintended negative effects such as the accumulation of central fat we just mentioned.

This metabolic bias towards fat accumulation sets off a chain reaction, resulting in a vicious cycle of imbalances that involve many other organs, including the thyroid and pancreas. It is no surprise to find that those with central obesity are also at risk for low thyroid function as well as insulin resistance. The adrenal-thyroid-pancreas hormonal axis disruption is a key derangement that can cause havoc to the body.

In addition to this fat redistribution, cortisol also has other effects that contribute to weight gain in general, and even push the body towards metabolic syndrome.

Studies have shown chronically high cortisol levels to be connected with derangements in metabolic processes such as suppressing glucose production, irregularities in growth hormone production, and causing a state of insulin resistance. In fact, many of the clinical features of Cushing’s Syndrome, a state of dangerously elevated cortisol production, are comparable to those of metabolic syndrome; and evidence from recent studies suggests that cortisol and other glucocorticoids themselves have a role to play in metabolic syndrome itself.

The Importance of Understanding 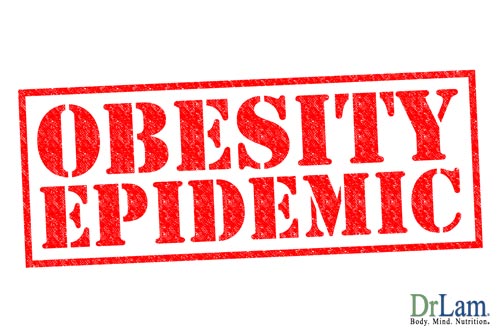 So now we can easily see cortisol having an important role in the obesity epidemic affecting so many people. What good does that do though? We already have statin drugs for people to help control cholesterol, as well as new drugs being developed in the fight against obesity. What benefits can we get or what lessons can we learn by understanding that stress-induced Adrenal Fatigue elevates cortisol which contributes to how belly fat is accumulated?

The answer to this lies in how we approach the Adrenal Fatigue recovery process. Adrenal Fatigue is a complex condition with many effects throughout the entire body including how belly fat increases. In addition to its widespread effect, it is an insidious condition, almost undetectable in its early stages as symptoms are very mild and gradual to start. In fact, most people never realize there is a problem with the adrenal glands, even as they overload themselves with stress on a daily basis. Furthermore, since there doesn’t yet exist a set of medical diagnostic protocols or simple test for the condition, determination of the Adrenal Fatigue condition is currently achieved by correlating symptoms with medical history and potential causes. In effect, we have to listen to the body and hear what the signs and symptoms are telling us.

So when we look to pharmaceutical drugs to help us slim down or lower our cholesterol levels, we end up masking the body’s messages to us. It becomes harder to decipher each component symptom of Adrenal Fatigue and come up with an accurate picture. If we instead understand how belly fat is a natural (if unhealthy) response from the body when it is trying to respond to chronic stress, the path becomes clear. Resolving the condition of Adrenal Fatigue at the root level and rebalancing cortisol levels to a healthy range can help a great deal in getting rid of the “muffin top” look. This is the long term solution that produces lasting results. 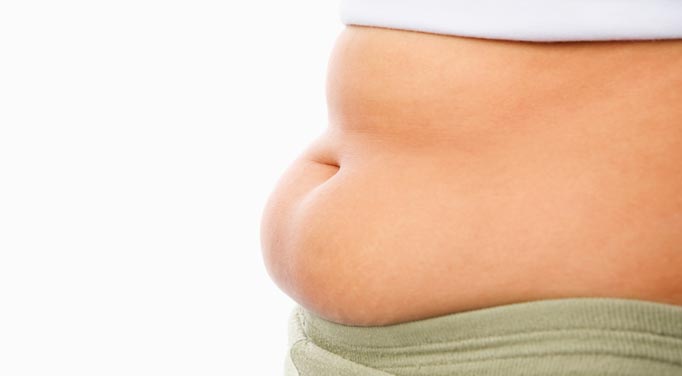