Exercise for Parkinson’s Disease: How to Stay Healthier Longer 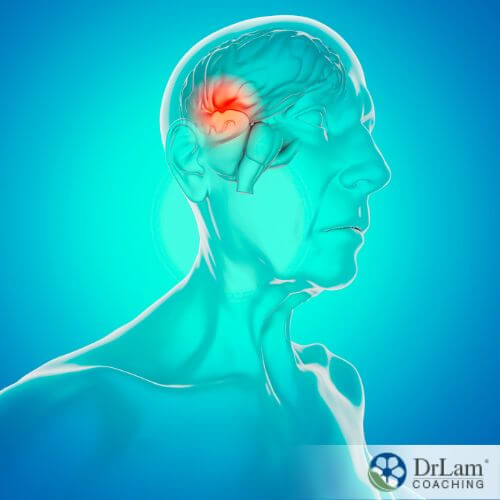 What Is Parkinson’s Disease?

In the briefest of terms, Parkinson’s disease is a central nervous system disorder. In other words, it affects both your brain and spinal cord. This means the condition affects everything you do, from walking to talking to eating. As time goes by, someone with Parkinson’s may lose the ability to control their body movements. The condition mostly affects middle-aged or elderly people.

Dopamine is a neurohormone. As a hormone, it acts in your brain’s pleasure and reward area. In other words, it is a "feel-good" hormone. But it is also a neurotransmitter - a chemical messenger, that allows your brain to transmit messages between the nerves of your body that have to do with any muscle movement. This encompasses both voluntary and involuntary movement.

It's important to keep in mind that you will not die of Parkinson's. However, it could contribute to death by other causes, due to complications arising out of the condition. These include falls and aspiration pneumonia due to poor muscle control.

But why does the substantia nigra act up? Well, nobody knows for sure. Nor is there a specific test you can do to see if you have the condition. Parkinson's is usually identified by observation. But what researchers can agree on is that it may result from a combination of factors, including the environment and your genes, amongst others.

Something many people with Parkinson’s disease find is that stress tends to worsen their symptoms. Stress affects your adrenal health and impacts all your body systems. Your NeuroEndoMetabolic (NEM) stress response is the global system your body uses to respond to stress, composed of six interlocking circuits of related organ systems. This includes your Neuroaffect Circuit which is particularly relevant to Parkinson's.

The Neuroaffect Circuit, composed of your brain, autonomic nervous system (ANS), and gut microbiome, makes use of neurotransmitters to function properly and send "orders" to various parts of the body. Many hormones act as neurotransmitters – dopamine, for example. 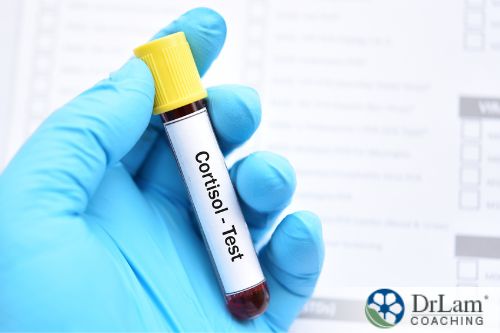 High cortisol levels, as seen when your NEM springs into action in response to stress, could have a devastating systemic effect if the body is exposed to a long period of stress. Not only does it impact your adrenal health, but it also affects your hormones and neurotransmitters. Interestingly, elevated cortisol levels have been noticed in many people with Parkinson’s disease, according to literature. Literature also suggests, however, that exercise for Parkinson’s may slow the development of the condition.

How Exercise Slows the Development of Parkinson's

One of the main causes of Parkinson’s is the presence of MPTP (1-methyl-4-phenyl-1,2,3,6-tetrahydropyridine), the precursor of the neurotoxin MPP+ (1-methyl-4-phenylpyridinium). It interferes with cells at a mitochondrial level, eventually causing cell death. Research conducted at Memphis’ Rhodes University suggests that regular exercise may protect against the damage caused by this neurotoxic compound.

It is thought that exercise may change the way proteins engage in regulating your body, as well as how your body conducts neurotransmission, cellular metabolism, and builds cellular structure. Simply put, it helps prevent the loss of neurons that play a role in chemical messaging.

A University of Pittsburgh study confirms these findings while mentioning an increase in the expression of neurotrophic factors. Glial-derived neurotrophic factors (GDNF) are specially mentioned. An increase in GDNF may improve the survival rate of dopaminergic (DA) neurons. DA neurons are your brain’s main source of the feel-good hormone dopamine. Stress tends to lower your dopamine level production. An increase in GDNF may thus have the opposite effect and work against stress and its effects on your health.

Exercise may also increase your brain’s ability to use dopamine more effectively. It can also help your brain’s signaling ability to last longer because signals tended to stay within the synapsis for a longer period.

What Is My Parkinson’s Risk?

At this point, you may well be wondering, “What is my risk of getting Parkinson’s disease?” While we aren't 100% sure what causes one person to get Parkinson's while another is fine, these are the probable risk factors:

Aging is a major risk factor for Parkinson's, as those over 60 are most likely to develop the condition. This may be because the neurons that degenerate in Parkinson's also degenerate under ordinary conditions of aging as well, so normal aging exacerbates proclivities that are already there.

Researchers strongly believe that exposure to certain chemicals such as pesticides or herbicides, may increase your risk. Studies also show that those who regularly work with solvents and heavy metals have a higher risk. Environmental factors, however, do not appear to be a main cause.

Being male is a risk factor. According to statistics, more men than women develop Parkinson’s disease.

Someone with a family member such as a parent or sibling with Parkinson’s disease has double the chance of developing the condition than those without. Genetic testing has confirmed that the condition could be passed down through your genes and could result from an inherited gene mutation.

Parkinson’s disease does not affect everyone in the same manner. The most common symptoms include:

Do remember, however, that no exercise can stop or cure the condition. It will only slow it down.

Before Starting a New Exercise Routine

But before starting, do talk to your healthcare practitioner. If you are older or have other health conditions, it's important to take your general health and physical condition into consideration in choosing an exercise plan best suited to you. Your healthcare practitioner can make recommendations concerning the type, intensity, and duration of exercise best for your body. Your healthcare professional may also refer you to a physical therapist if they feel it is needed. A physical therapist can help you create an exercise plan for Parkinson’s plan tailor-made for you.

Possibly the best type of exercise for Parkinson’s is one that you enjoy and can stick with for the long term. Fortunately, you have many great options to choose from when deciding to start exercising for Parkinson’s.

One of the best types of exercise for Parkinson’s disease encourages stretching limbs through a full range of motions. Training for flexibility involves these stretching exercises. It's best to do these at least two or three times a week. This type of training benefits your range of motion and improves your muscle length and posture.

This type of training aims to build up your muscle mass and strength. Some exercise programs use your own body weight to do so. You can also use tools like weights. Strength training may not only strengthen your muscles and ligaments but help with your general posture too.

Aerobic exercise involves any activities that promote cardiorespiratory health. They target your lungs and heart. These activities include brisk walking, swimming, riding a bicycle, and even running. Just start gently. Swimming is a great cardiorespiratory exercise for Parkinson’s because the risk of hurting yourself is lower.

Training for Agility and Balance 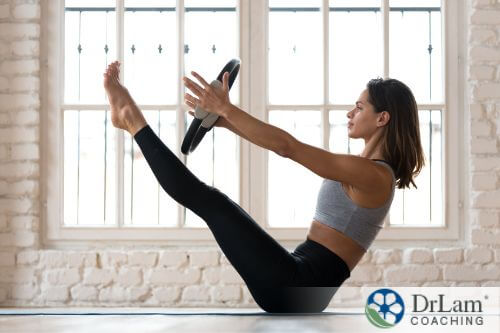 In many instances, this type of exercise for Parkinson’s blends a hobby with exercise. Many of them also encourage social interaction which is important for your mental health and wellbeing as well.

Exercise for Parkinson’s in the Advanced Stages

If in the advanced stages of the condition, doing many of these exercises may not work for you. But this does not mean you can’t do any exercise. For example, if you have difficulty speaking, try to exaggerate your lip movements and concentrate on enunciation. You could also make faces at yourself in the mirror during your morning routine, chew your food for a longer period while eating, or read out loud. If you like to sing, then sing out loud as well. Especially in the shower!

You can also add a little physical activity into your day by doing leg stretching exercises for Parkinson’s while sitting in a chair and watching television. Or park a little further away from the door. And remember to swing your arms while walking.

Lastly, consider doing some mental exercises. They will help with any memory issues you may have. You could, for example, build a puzzle, play brain games, or solve math problems. Or just sit back and name as many animals as you can within the space of a minute. Time yourself if you want to. And make it a daily challenge to add a few more.

Parkinson’s is a progressive disease without a cure. But it is not a deadly disease. You will not die from it. It will, however, impact your quality of life. By doing different types of exercise for Parkinson’s, you may slow down the progress of the condition and improve your long-term quality of life.

Do remember, though, to talk to a healthcare professional before embarking on any type of exercise regimen. They are best able to advise you on the type of intensity of exercise suitable to you and your situation. Parkinson’s does not affect everyone in the same manner.

If you would like to know more about Parkinson’s disease or need assistance in choosing appropriate exercises for Parkinson’s, the team at Dr. Lam Coaching can help. We offer a free** no-obligation phone consultation at +1-626-571-1234 where we will privately discuss any questions or concerns you may have. You can also send us a question through our Ask The Doctor system by clicking here.

Will Doing Exercise For Parkinson’s Make The Condition Better?

Doing exercise for Parkinson’s is not a cure. There is no known way to completely stop Parkinson's. But it can do a lot to slow down the progression of the disease. Do talk to your healthcare practitioner about doing any exercise before starting. They can advise you which is best for you.