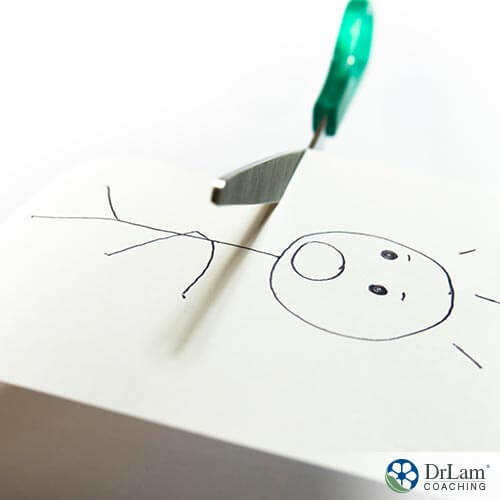 Have you ever felt that sense of impending doom? That feeling that something wasn’t right even when everything seemed normal? If you have, you may have ignored it or thought it was nothing more than a sign of stress. But this type of reaction might not be as sensible as it seems. In fact, according to medical professionals, it can actually be a sign that something’s wrong, an early warning of some kind of danger. And ignoring it means that you could be risking your health and even your life. So if you suddenly get this feeling, you should stop, pay attention, and seek medical attention if other symptoms suddenly start to appear.

If you want to understand more about this feeling and how it could signal a major health concern, you need to understand what can cause it and what you can do about it.

What is that Feeling of Impending Doom?

The feeling of impending doom isn’t a medical symptom or something that can be measured in any way. Instead, it’s just a feeling. You might be walking down the street, watching television, or eating lunch when you feel it. It isn’t necessarily attached to situation that’s actually dangerous, though you might experience it then as well. Instead, it’s something that seems to come on unexpectedly and for no apparent reason.

This is a feeling that something is wrong, very wrong. Before it occurs, you might feel completely normal until this feeling tells you that something is about to happen, something life-threatening, tragic, and terrible. It’s a horrible feeling of imminent death, pain, or tragedy that seems to have no basis in reality. But this might not be completely accurate. In fact, this feeling can be a legitimate medical symptom and an indicator of some very serious and even life-threatening conditions.

This feeling must be separated from predictions about the future and from hyperbolic sayings about bad situations. It’s a physical, emotional, and mental feeling that something really bad is about to happen.

The History of the Symptom

The feeling of impending doom isn’t just a modern complaint. In fact, there are medical writings as far as the ancient Greeks and Romans that talk about this symptom. More recently, it was associated with the plague in the 1400s. People who were infected with this deadly and terrifying disease often complained of a sense of impending doom even before other symptoms appeared. It would seem as if the body is sometimes smarter and more aware than the mind, so it senses when something is really wrong and reacts, which can act as an early warning system. This history is perhaps the reason why today’s doctors and other medical staff are often aware that this feeling should be taken seriously.

There are a number of illnesses and diseases that have been linked to this feeling of impending doom. These include the following:

It’s impossible to determine your condition from a feeling, but it should be taken seriously. If you suddenly feel this type of dread and fear, but don’t have any mental disorders which can create this feeling on a regular basis, make sure you see your doctor as soon as possible to rule out some of these potentially life-threatening problems.

The Biological Basis of Impending Doom 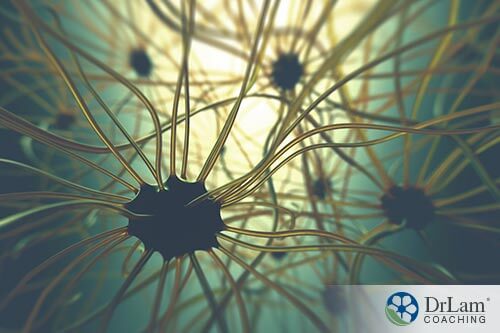 There are a variety of medical explanations that could explain the feeling of impending doom before a life-threatening event or illness occurs. The most likely explanation is that the feeling is linked to the release of catecholamines (such as epinephrine and norepinephrine), which are hormones that are released by the adrenal glands when the body senses a threat. The body releases these hormones when it’s under threat to prepare the body to fight or flee, and it doesn’t matter to your body if the perceived threat is physical, mental, or even medical - it reacts the same way. This flood of hormones could be the basis for this feeling of fear and dread.

The feeling of impending doom seems to be strongly linked to the sympathetic nervous system.

This system is responsible for regulating unconscious processes such as breathing and heart rate, and anything that interferes with this system can cause this unsettling feeling. This makes sense, as even mild problems with this system can have serious and life-threatening consequences. For example, people who have heart attacks have often reported feeling as if they were going to die before the actual symptoms set in.

But even more unusual is the fact that eating too much nutmeg can cause the same symptoms. Nutmeg is an anticholinergic and can interrupt the neurotransmitters that regulate the sympathetic nervous system. This is why people who ingest too much nutmeg report breathing and heart rate problems as well as a feeling of impending doom beforehand. This means that if you have a feeling of impending doom and then start to experience breathing difficulties or chest pain, you need to seek medical help immediately. 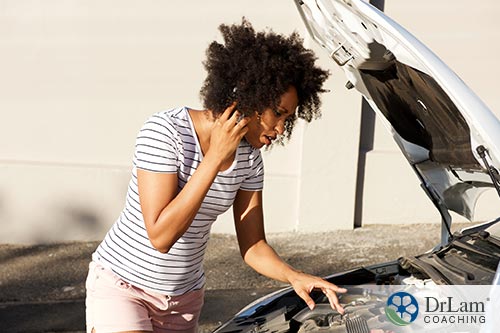 Another potential cause of this feeling could be stress itself. Stress is incredibly destructive and unfortunately all too common due to the demands of the modern lifestyle. It causes a variety of symptoms and diseases as well as mental and emotional problems. The problems that stress can cause should not be underestimated. Thus, if you often suffer from the feeling of impending doom but nothing shows up in a health check, it’s worth exploring to see if stress could be in some way responsible for this feeling.

Perceived Threats and Your Adrenal Glands

Your adrenal glands do more than release hormones that could prompt these feelings of impending doom. They’re also an integral part of your NeuroEndoMetabolic (NEM) Stress Response, which means they act to make changes in your body so you can deal with the threat. But when this system is activated too often, or all the time, it can cause a condition known as Adrenal Fatigue Syndrome (AFS). This condition occurs when the adrenal glands have been overused over a long period of time and become fatigued. When this occurs it can result in a variety of symptoms including anxiety, lethargy, depression, weight gain, and an increased susceptibility to infections. AFS can range from chronic but fairly mild to stage four, which can cause a breakdown of major systems and even death.

AFS isn’t well understood or even accepted by the majority of the medical community. Research into the issue is still in its infancy, so very little is understood about the causes or mechanisms of the disease. However, if you often suffer from the feeling of impending doom, it could be a sign that your adrenal glands are fatigued or malfunctioning in some way. In addition, if your feelings of impending doom are caused by your adrenal glands dumping hormones into your system, the ongoing stress, and negative emotions could stress the adrenal glands and bring on AFS, leading to further health problems.

More About the Sympathetic Nervous System

Your sympathetic nervous system is responsible for the automatic processes in your body. It regulates your breathing and heart rate and also activates in response to stressful or life-threatening situations. When activated, it can lead to feelings of fear, anxiety, and dread, which could explain the feeling of impending doom that many people experience. Excessive amounts of norepinephrine may play an important role in this. This is also called reactive sympathetic overtone (RSO). 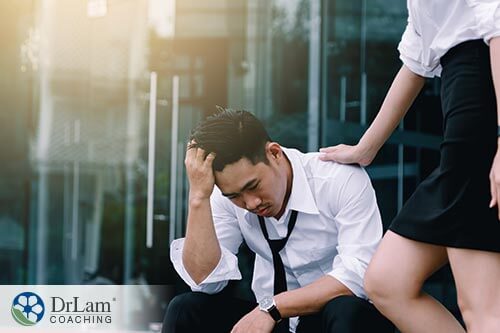 This system is only meant to be active periodically, but it can become activated almost constantly due to chronic stress and pressure. This can result in you experiencing these threatening or frightening feelings on a regular basis for no apparent reason.

However, experiencing it regularly doesn’t mean you should ignore feelings of impending doom. If you experience this feeling unexpectedly, make sure that you see a medical professional immediately in case it’s a sign of a more immediate and serious health threat. However, if your health check is clear and you keep experiencing the feeling, it’s worth considering if your lifestyle and overstimulation of your nervous system could be to blame.

If your sympathetic nervous system becomes overstimulated, it causes the adrenal glands to produce too many hormones. This results in the feeling of impending doom, but it could also cause AFS. If this situation goes on for too long, the adrenal glands can become fatigued because of the constant demand for hormones. When this occurs they stop functioning properly and struggle to keep up with the demand for a key hormone called cortisol. Cortisol is a hormone that helps your body fight stress, stabilizes your blood sugar levels, and calms inflammation. And if your cortisol levels are inadequate it can cause a variety of troubling and worsening AFS symptoms which can make your already bad situation even worse and cause these feelings of fear and dread.

The Role of Stress in Impending Doom

Some stress is normal and healthy, but chronic stress is incredibly destructive and causes a number of illnesses and chronic conditions. Because of the modern lifestyle, it’s also extremely common, and can be caused by a variety of issues including the following:

Your body has systems that help you deal with stress. A key part of these are your adrenal glands and the more than fifty hormones they secrete that help you deal with stress and the symptoms of stress. When this system breaks down or becomes fatigued everything becomes more difficult. Everyday tasks become harder, mental work becomes more difficult, and even your emotions can spin out of control. Prolonged stress can cause a variety of symptoms including low blood pressure, insomnia, fatigue, anxiety, panic attacks, depression, heart palpitations, and paradoxical reactions. Any one of these symptoms on their own could cause this fearful feeling, but if they’re combined and ongoing, it results in a very negative emotional and physical experience.

Stress has also been linked with mental disorders, such as anxiety or depression, which can bring on this feeling of impending doom on a regular basis. It can also cause heart attacks and respiratory problems, as well as other diseases such as AFS, which can interfere with your sympathetic nervous system and cause this type of fear and dread. 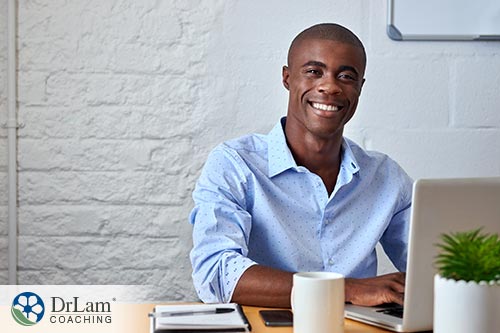 If you suffer from this feeling but your health check is fine, stress is probably one of the strongest underlying causes of the feeling as it’s connected with so many issues and illnesses that can bring it on.

A feeling of impending doom can be little more than a saying, a hyperbolic way to describe a strange feeling. But it can also be more than that. This feeling is well documented across time and many medical professionals actually view it as a legitimate early symptom of certain diseases and disorders. If you experience a sudden sense of impending doom, it could be a symptom of something much larger, a medical problem that needs urgent attention and care.

So it’s important that you not dismiss it or ignore it for your overall health and well-being as well as for your peace of mind. However, if your initial health checks show that nothing’s wrong, it’s worth looking into other disorders or diseases such as AFS which could cause these negative feelings or even be the result of them.

Is the feeling of impending doom a health threat?

Many people report a feeling of impending doom before a life-threatening event or illness, and yet few inform their doctor when they experience this feeling. This needs to change because this feeling could be an important indication of threats to your health and overall well-being. 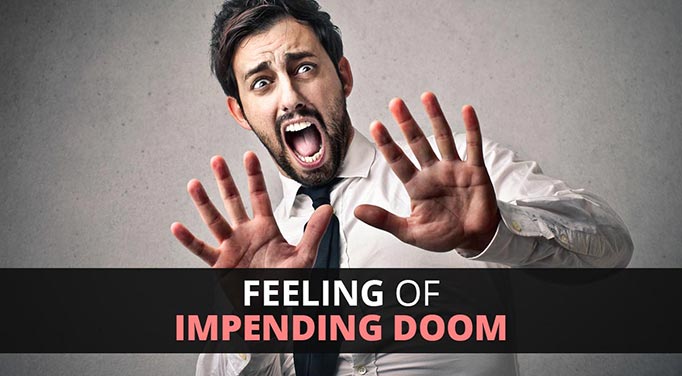