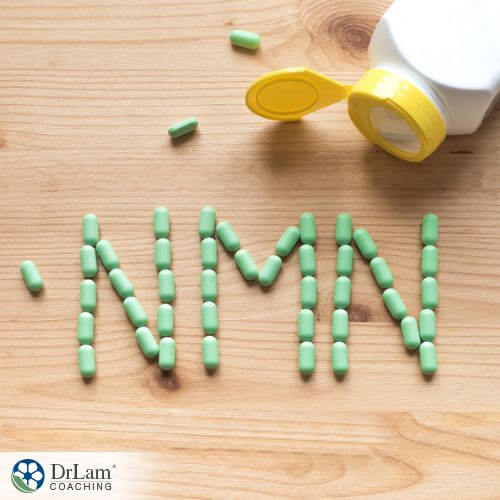 Aging is a natural process that we all have to experience from birth throughout our lives. Unfortunately, the aging process often weakens the body, exposing it to many health conditions. As much as we may wish, it is impossible to stop aging. However, researchers may have figured out a way to slow down aging. This is by using NMN, a precursor of the very useful NAD+ molecule.

In this article, we will review NMN, its benefits, and what research is saying about it.

In the body, NMN is a direct precursor of nicotinamide adenine dinucleotide (NAD+), present in every cell. Aside from water, NAD+ is the most prevalent molecule in the body. NAD+ is widely referred to as the anti-aging molecule because research has shown that restoring its declining levels can improve overall health and even lengthen life.

Scientists and health experts often refer to NAD+ as the anti-aging molecule. Since NMN is a direct precursor of NAD+, it is, by extension, also implicated in this anti-aging research. Here is the mechanism behind its anti-aging properties.

NMN is a natural molecule in living organisms. The reaction between a phosphate group and nucleoside consisting of ribose and nicotinamide produces NMN. The body chiefly uses NMN to produce NAD+. There are other precursors as well, with nicotinamide riboside (NR) and nicotinic acid (niacin) being the most common of the lot.

NAD+ cannot act alone, and scientists regard it as a coenzyme, meaning it works together with other enzymes in the cell to mediate biological reactions. Research has shown that NAD+ levels in the body decline as we age. This opens the body to many health conditions and metabolic disorders.

There have been several studies into how we can raise declining NAD+ levels, and one very promising way is to consume NAD+ precursors, like NMN.

One study examined the influence of consuming NMN on NAD+ serum levels. The results showed a 38 percent increase in NAD+ levels in the group that took NMN for 60 days, compared to 14 percent in the placebo group. Before this, animal studies had confirmed that NAD+ precursors could raise the coenzyme’s serum levels.

While there is the need for more extensive human research, research points to NMN being able to increase NAD+ levels.

Being a precursor to NAD+, many believe that NMN can be beneficial in anti-aging therapies. Consequently, this has informed many studies, mostly on animals, on the potential benefits of NMN to humans. We will consider some of them below.

This is perhaps the most widely recognized benefit of NMN due to it being a direct precursor of NAD+. Studies have long confirmed that NAD+ can promote good health and even longer life. The reasoning is not far-fetched. 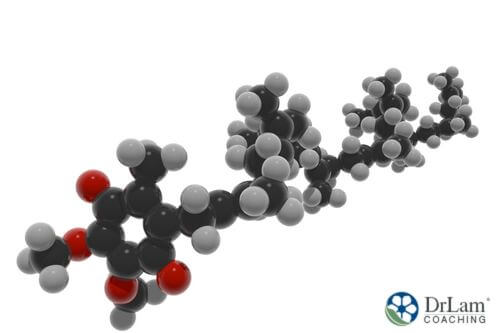 NAD+ is a coenzyme and has to work with other enzyme families to perform its bodily roles. One of these families is sirtuin deacylases. Studies have established a molecular link between sirtuins and proper metabolism and immunity in the body.

Also, sirtuins help organisms respond to metabolic and genotoxic stress. In other words, they boost stress resistance in the body. This is particularly important considering the adverse effects of chronic stress on the body, one of which is Adrenal Fatigue Syndrome (AFS).

Adrenal fatigue is a chronic condition where the body’s stress response cannot keep up with chronic life stressors. AFS is a syndrome because it involves a collection of symptoms. They include fatigue, reduced sex drive, lightheadedness, neck and upper back pain, and several others. Expectedly, one of the primary ways of relieving AFS is reducing stress.

Cells start dividing right from human birth. This division is essential for the proliferation of new cells and the continuity of life. However, after each cell division process, the telomeres at the end of the chromosome shorten. With age, the telomeres become so short that the cells cannot divide anymore.

Studies have found a way to stabilize telomeres and ultimately reduce DNA damage as we age, and it involves the sirtuin enzyme group. These enzymes depend on NAD+ to function, and NAD+ requires NMN for its production.

One study found that NMN activated sirtuins in a mouse model, stabilizing the telomeres. This indicates that NMN could be a useful option in maintaining DNA integrity. However, the research was on mice, and it is imperative that more studies are done on humans before making definitive claims.

Energy is crucial for the proper functioning of body cells. However, there is a gradual reduction in the energy supply of cells as they age. This is because they lose their ability to take in and process the fuel that powers their functions.

Aside from changes in normal cell function, lack of energy can cause chronic stress in the body. Normally, the body has an in-built stress-coping mechanism called the NeuroEndoMetabolic (NEM) Stress Response. The NEM has six circuits spanning several organs and systems in the body.

The circuit responsible for energy supply is the Bioenergetics circuit. When this circuit dysregulates and cells cannot effectively utilize energy, the main symptoms of stress start to surface. These include AFS, metabolic syndrome, and sleep disorders.

NMN can boost energy supply and metabolism in the body directly and indirectly. For the indirect way, NMN is a precursor of NAD+, a critical enzyme in the energy supply chain in cells. For a long time, scientists believed this was the only way NMN benefited the energy supply of cells.

However, a recent study has shown that NMN can enter the cell directly without the body first converting it into NAD+. The study identified a protein transporter that rapidly moves NMN into the cell. This implies that high NMN levels can offer an even faster route to energy supply in cells. 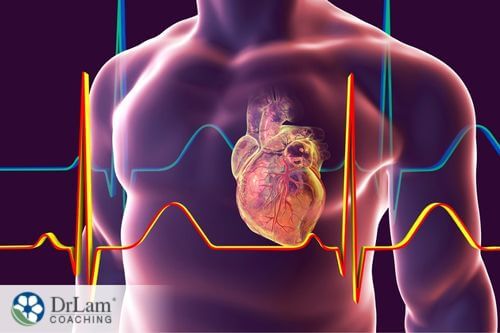 Recently, research has shown that vascular aging is associated with a depletion in NAD+. Therefore, molecules like NMN that can raise NAD+ levels are of high research interest in cardiovascular studies.

One such study on mice showed that treatments with NMN led to significant vasoprotective effects and improved vasodilation. Another study predicted anti-atherogenic effects in NMN-fed mice.

Also, NMN can help maintain a healthy supply of energy to cells. This is especially vital in the heart, where the muscles never stop working. A heart deprived of energy will not perform its functions properly, justifying the need for a consistent supply of NMN and NAD+.

Another way NMN can benefit cardiovascular health is to restore the declining capacity of endothelial cells. A study on NMN-fed mice showed an improved blood flow by increasing capillary density.

Obesity has strong links to many health conditions, like hypertension, type-2 diabetes, stroke, osteoarthritis, and others. As people age, the risk of obesity increases. This may be because of hormonal changes, a more sedentary lifestyle, and reduced metabolism.

Studies in mice have shown that NMN can help reduce fat mass while increasing lean mass. Also, one study showed that it could promote physical activity and improve insulin sensitivity. Both of these contribute to a lower obesity risk as people age.

However, there have been other conflicting studies about its impact on insulin sensitivity and glucose metabolism. According to the studies, the effects of NMN on these parameters are insignificant at best. More research is needed to show its effectiveness in insulin sensitivity.

Nonetheless, the available studies on both human and mouse models indicate that NMN is a promising management option for age-related weight gain and higher obesity risk.

NMN supplements are the most practical way of significantly raising the levels in the body, and scientists have adopted this practice for their studies. The bulk of research has been on mice, with limited clinical trials on humans. Therefore, it is tricky to determine the ideal dosage for humans.

Still, studies have shown that oral doses of up to 500mg are safe in humans. Some scientists even believe 1000mg will also be safe for humans. Generally, NMN capsules come in 150mg and 250mg doses. As such, taking two tablets of either dosage daily is not expected to have any adverse effects.

Aside from oral capsules, there are also sublingual NMN powders. This dosage form requires more care in administration, as individuals often have to measure the amount they need themselves. Common products come in multiples of 10g.

Since older people will have even less NAD+ levels, they may need to take more capsules than younger individuals.

Regardless of your age, however, talk to your health consultant before you take NMN supplements. This is especially important if you have any preexisting conditions or AFS, as this condition can make you more prone to unexpected reactions to supplements. 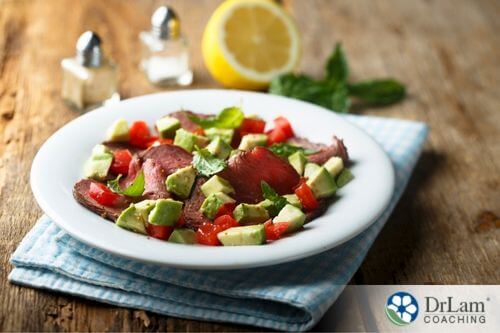 Aside from using supplements, there are foods you can consume to increase your levels. Below, are some of these foods and how much NMN they contain per 100 grams.

Side Effects of NMN

While studies and clinical trials on NMN are scarce, the few studies scientists have conducted have not indicated any adverse effects on humans. One study, involving 100mg, 250mg, and 500mg doses of NMN in humans, didn’t reveal any safety concerns.

However, reports suggest that taking an excessive amount, over 1000mg, can result in occasional abdominal pains.

Despite the apparent safety of NMN, there has been no long-term study on humans. Likewise, available studies have not been on a broad population. Ultimately, it is only after long-term studies on many different people that scientists will be able to conclude the safety of taking it.

Therefore, if you do decide to take it as a supplement, make sure to talk to your doctor about it first, start with a lower dose, and go slow. Stop if you notice any adverse effects.

Nicotinamide mononucleotide (NMN) is a precursor of nicotinamide adenine dinucleotide (NAD+), colloquially known as the anti-aging molecule. Scientists have investigated its potential benefits, and they appear to include:

Although there aren’t immediate safety concerns regarding its use, more research is necessary to judge the long-term effects. Either way, speak to your health consultant before commencing NMN therapy.

For more information about NMN and other anti-aging supplements, the team at Dr. Lam Coaching can help. We offer a free, no-obligation phone consultation at +1 (626) 571-1234 where we will privately discuss your symptoms and various options. You can also send us a question through our Ask The Doctor system by clicking here.

Is NMN good for building muscle?

Research has found NMN to be good in reducing body fat and increasing muscle mass. Also, studies have shown that NMN could help increase physical activity, which is necessary for muscle building. It could also improve the function of skeletal muscles.