How to Prevent Depression in the First Year of College

Moving from high school to college can be an exciting time. For a lot of students, the change represents a new level of independence and setting out on a new path. But this new endeavor can also be a huge challenge and your new reality can have some downsides too. Depression and anxiety are extremely common at this stage of life and can have a negative effect on every aspect of your health and wellbeing. This type of stress can be dangerous for many reasons. But especially because stress-related depression can cause or exacerbate the symptoms of Adrenal Fatigue Syndrome (AFS), potentially leading to long -asting health and lifestyle consequences. That’s why if you’re a college freshmen, it’s so important to be aware of your stress levels and your mental health at this stage in life.

The Basics of Depression 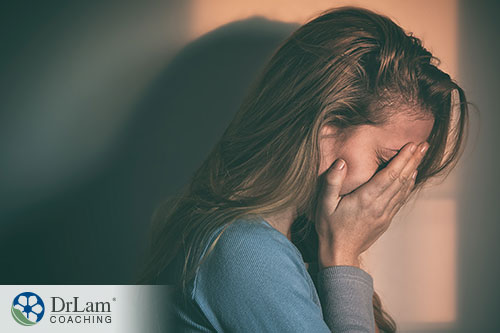 Depression is currently one of the most common mental health disorders in the world, affecting around 6.7 percent of the adult population of America. This serious mood disorder can occur at any age and can affect people of any race or ethnic group. There is no known cause for depression, although certain factors are known to contribute to or play a role in the development of this and other mood disorders. Some of these factors can include:

Depression comes in several different forms, each with its own unique pattern of symptoms. Here are the most common symptoms associated with all forms of the disorder:

All of these symptoms can make life extremely difficult and can also seriously affect your quality of life. Which is why it’s so important to seek professional help if you experience any these symptoms for longer than two weeks or on a regular basis. 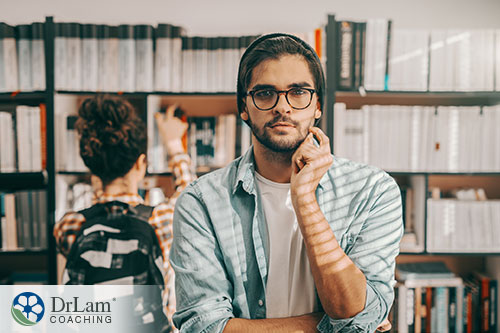 Depression and other mood disorders are common among college students. In fact, a survey of more than 63,000 students conducted by the American College Health Association found that almost 40 percent of participants had experienced serious depression in the previous year. Moreover, 61 percent of students experienced extreme anxiety. Both of these groups found it difficult to function because of their negative emotions and mood. And this problem isn’t just in America. A survey that polled students in 19 colleges in 8 countries as part of the World Health Organization’s World Mental Health International College Student Initiative found that 35 percent of participants reported symptoms consistent with those of a mental health disorder—and symptoms of depression were most common.

What Makes College a Depression Risk?

A number of factors can make freshmen more vulnerable to mental disorders like depression. Some of the risk factors associated with student life include:

Unfortunately, there is still a lot of stigma surrounding depression and other mental disorders. This means that freshmen experiencing the tell-tale symptoms are often reluctant to seek help, or they simply don’t know where to look or what type of help is available. This can lead to a dangerous situation in which students aren’t getting the help they seriously need. To make matters worse, many colleges don’t have enough staff—particularly during peak times such as exam periods—which often results in students slipping through the cracks when it comes to mental health. For students with severe symptoms of depression and anxiety or suicidal thoughts, this can be particularly troubling.

This regrettable situation can be detrimental to the continued mental, physical, and emotional health of students in their first year of college. And can also lead to chronic disorders like AFS, which will only worsen an already dire situation.

The Link Between AFS and Depression

Depression can place extremely high levels of stress on your body, including every organ and circuit. Stress is one of the most damaging problems in the modern world. It has been linked to stroke and heart attack and can also result in disorders such as AFS. In fact, adrenal fatigue is directly caused by too much stress. When you are exposed to stress, the NeuroEndoMetabolic (NEM) stress response system is activated, which enables your body to cope with and respond to the immediate stressor. The response triggers changes throughout your body, many of them driven by your adrenal glands, which produce the stress hormone cortisol. This hormone is responsible for making you feel more alert and ready to respond to any potential threat.

Problems arise when the NEM stress response remains active for long periods of time. In this condition, your adrenal glands will become overworked and eventually fatigued, and therefore struggle to keep up with increasing cortisol demands. The circuits of your body are not isolated so when your adrenal glands are compromised, this can have a cascading effect on every other part of your body, affecting normal functions. This can result in widespread problems, a confusing mix of symptoms, and long term health consequences. That’s why, if you suffer from depression you need to be aware of the damage you may be doing to your adrenal glands and the rest of your body. Depression often occurs during the later stages of AFS as a result of neurotransmitter imbalances—which are common as the disorder progresses and your neuroaffective circuit becomes more and more unbalanced.

AFS and the Neuroaffective Circuit 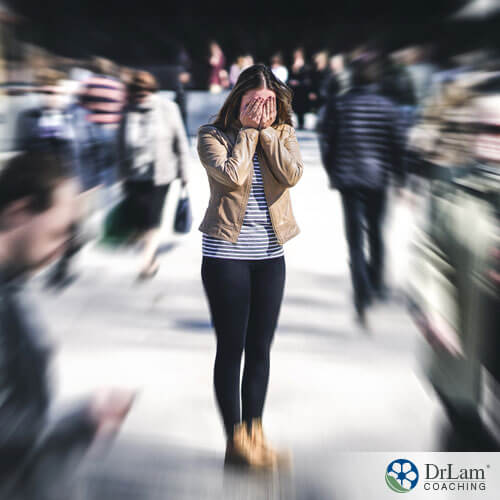 The neuroaffective circuit is comprised of the brain, autonomic nervous system, and microbiome or the microorganisms that live inside your body. These three components of the circuit co-operate to perform a number of essential functions but can become unbalanced as AFS progresses. One of the ways in which these imbalances manifest is by altering the natural levels of neurotransmitters in your brain.

Neurotransmitters direct most of the essential functions in your body, which is why they can cause a lot of problems if levels become unbalanced. Unfortunately, these imbalances are common but difficult to diagnose and address, which is why so many people suffer from imbalances without even realizing it or finding a way to alleviate the issue. Imbalances can occur as a result of toxins, genetics, poor diet, stress, physical disorders such as bowel upsets, or as part of the later stages of AFS.

These risk factors are often part of the college freshmen experience and may explain why depression is so common in this segment of the population. And it’s also why college freshmen and anyone else exposed to the same risk factors should be aware of the possible neurotransmitter imbalances, depression symptoms, and AFS that could result from destructive lifestyle choices.

So, if you’re a college freshmen suffering from depression symptoms or anyone for that matter, it’s worth considering whether neurotransmitter imbalances could be the cause. By bringing balance back to your neuroaffective circuit, you’ll not only address the root cause of your issues, but you’ll also reduce your stress levels at the same time. This will be good for your body regardless of whether you are already relatively healthy or if you are suffering from a stress-related disorder like AFS.

There are a number of therapies available for reducing the symptoms of depression, including talk therapy or counselling, medications, and cognitive behavioral therapy. However, making some simple lifestyle changes can also help reduce your symptoms and make your everyday life a little bit better. What’s more, if you’re a freshman concerned about the impact college may have on your health, implementing these habits can help prevent mental health problems before they start. Making the right lifestyle choices to maintain your mental health will allow you to enjoy your first year of college without nasty side effects.

These strategies will also help you correct any neurotransmitter imbalances by relieving stress, nourish your body so it can function at its best, and lower your body’s overall toxicity levels. By adopting these simple methods, you’ll take some of the pressure off your neuroaffective circuit so your body and brain can return to their natural states of equilibrium.

Some daily habits that will benefit your mental health most include: 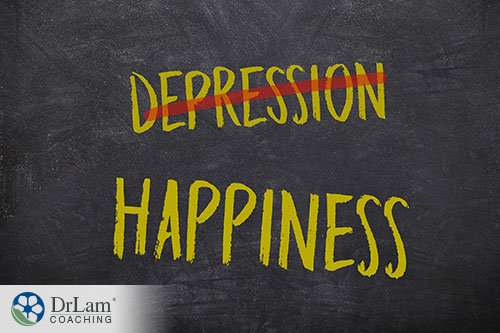 Depression is a serious and sometimes life-threatening disorder that affects the lives of too many people in every walk of life. If left untreated, this condition can cause lifelong issues that could affect your overall quality of life as well as your physical, mental, and emotional health. Your college years can be particularly problematic. High rates of depression are common among college-level students, but the condition is often left untreated due to the perceived shame, embarrassment, or simply a lack of education on the issue. If you are suffering from depression, it’s important to safeguard your present and future health and wellbeing by seeking appropriate help as soon as possible. This is particularly important if you are suffering from AFS since the emotional stress caused by mental health issues can exacerbate this debilitating disorder and can make recovery much more difficult.

How can I avoid depression at college?

Depression is unfortunately very common among college students because of increased pressures and the sudden increase in responsibilities. By making some simple lifestyle changes to support your health, you can minimize the likelihood of mental health issues and enjoy your first step into the adult world.