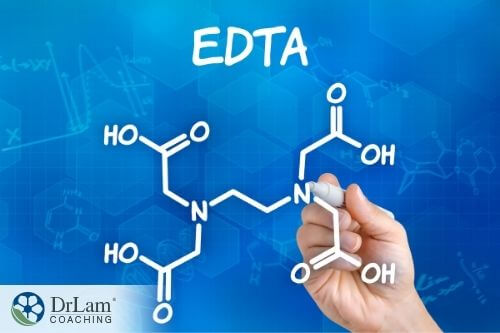 Chelation, or chelation therapy, is a type of detoxification process that helps your body get rid of heavy metals or minerals. It uses a chelator - a substance that binds to the metals or minerals. The most common chelators are ethylenediaminetetraacetic acid (EDTA) solution, dimercaptosuccinic acid, and dimercaprol. For now, we’ll be focusing on EDTA chelation therapy.

There are two types of heavy metal poisoning: acute and chronic. The acute type happens when you are exposed to a toxic metal in high quantities. This is rarer, but its symptoms are more sudden and clear. They include:

In such cases, you would likely need emergency care and you would undergo EDTA chelation immediately after diagnosis.

Chronic heavy metal poisoning, on the other hand, is more common yet more difficult to pinpoint. Its symptoms include:

In such cases, EDTA chelation would also be helpful, but it may take longer to diagnose the problem, and there may be other issues playing a role. For example, chronic heavy metal poisoning may lead to adrenal fatigue and chronic inflammation, both of which may also need to be addressed before you can fully regain your health. And having these other conditions may make EDTA chelation a little riskier, as your body is in a weaker state. We will cover all of these topics in more detail in this article.

When the EDTA solution binds to the heavy metals or minerals, it renders them harmless. It also makes it easier for your body to then excrete them, usually through urine. EDTA therapy is currently only approved by the FDA for heavy metal poisoning. More specifically for lead poisoning. Which it is very good at treating. For this therapy, the EDTA is injected into the body through an IV. It then circulates the bloodstream, binding to the lead there.

But EDTA is also able to bind to other metals and minerals, such as iron, calcium, magnesium, mercury, chromium, aluminum, zinc, cobalt, copper, manganese, and nickel. This also means that, while it can remove toxic build-up of these substances, it can also sometimes remove much-needed minerals, and even vitamins, from your body. For example, it can chelate calcium from healthy bones, which is not ideal. That’s why vitamins and minerals are sometimes added to EDTA solutions.

Chelation therapy is also sometimes used for conditions such as Alzheimer’s disease, Parkinson's disease, atherosclerosis, coronary artery disease, and autism. However, there are some important precautions to consider before trying this approach. 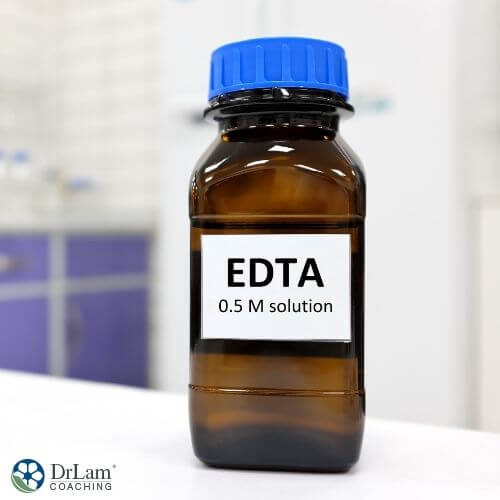 Those that use EDTA chelation therapy as part of their effort to address Alzheimer’s believe that the build-up of certain metals in the body might be a factor in the development of the disease. And so they also believe that removing these metals might help reduce the symptoms.

Those that use the therapy for atherosclerosis and coronary artery disease believe that EDTA chelation can help get rid of some of the plaque deposits that block the arteries, as these deposits contain calcium. One study by the National Institute of Health did find that chelation may help reduce the risk of these conditions in people with diabetes. Diabetics have a two to four times higher risk of developing heart disease than non-diabetics, so it may be worthwhile to explore this option further.

However, the use of EDTA chelation for Alzheimer’s and heart disease still needs more research at this point before anyone can be confident in its effectiveness for either.

Still though, as an adjunct to other therapy methods, there seems to be no harm in its use if it is done safely. In general, detoxification, when done gently and correctly, can improve overall health and strengthen the adrenal glands, which can in turn help the body better deal with the stresses of these conditions.

Lastly, those that use it to help reduce autism symptoms believe that metals are a factor in the development of the condition. Mainly, they believe that metals in childhood vaccines play a role. But this claim is more controversial than the above two, and there have been cases where it caused harm to the child being treated.

Because it has harmed children and the role of heavy metals in autism is not research-supported, we do not recommend that you use EDTA chelation on your child except in the case of lead poisoning, which requires that your doctor first confirms the condition with a test.

Your liver, interstitium (extracellular matrix), and immune system make up your Detoxification Circuit.

Your liver is your body’s main clearing house. It’s what processes the different substances in order to make them easier to excrete through urine, sweat, feces, and breath, for example. Your immune system is what helps attack and isolate any harmful substances, and it creates inflammation in order to do that. That’s why your Inflammation Circuit is very much linked to your Detoxification Circuit. And, finally, your interstitium is the structure that allows the substances to travel from your cells to the different detoxification organs, such as your liver or kidneys.

Your Detoxification Circuit is one of six circuits that make up your NeuroEndoMetabolic (NEM) Stress Response. Your NEM is your body’s global stress response. It’s basically all the different mechanisms your body uses to adapt to the presence of a stressor, such as a heavy metal. The other five NEM circuits are the Hormone, the Bioenergetics, the Cardionomic, the Neuroaffect, and the Inflammation Circuits. And although all six circuits are affected when you have heavy metal toxicity, or any kind of toxic build-up, your Detoxification Circuit is the one most responsible for addressing this toxicity, and it's the one that could use the most support. 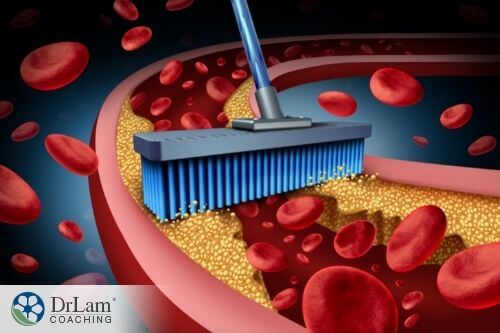 EDTA chelation is used mainly with lead poisoning, which can be quite dramatic and has also historically affected children more than adults. Lead was very commonly used in house paint and even in some toys, and children would sometimes get the poisoning by ingesting that paint. And although much effort has been put into removing lead from paint and toys, some older homes may still have it.

But other types of heavy metals can cause just as much damage, although they can be harder to spot. In fact, exposure to them is more common than you think. Many of these metals are present in our environments, living spaces, and some of the products we use. In some cases, you can find them in your drinking water and even in your food. Some species of fish contain mercury, for example. That's why women are advised against consuming them while pregnant.

And even though these metals are generally present in small amounts, repeated exposure can create a problem. So all of us, to some degree, have some kind of heavy metal build-up in our bodies. And any toxic build-up in the body can create a lot of stress on the NEM, especially on your adrenal glands, which are your NEM’s first responders. They are part of your NEM’s Hormone Circuit, and they produce cortisol, your body’s main anti-stress hormone.

When stress becomes chronic, which is what chronic heavy metal poisoning creates for your body, your adrenals become overworked. As they get more and more exhausted trying to deal with this chronic stress, Adrenal Fatigue Syndrome (AFS) can begin to develop.

Also, when you have adrenal fatigue, your detoxification slows down. That means more toxic build-up can happen, adding to the stress on your NEM, which then pressures your adrenals even more. The two problems feed into each other, creating a vicious cycle. This also creates other issues, such as chronic inflammation, which can spread throughout the body.

How Inflammation and Heavy Metal Poisoning Are Linked

Some of the above AFS symptoms, such as food and drug sensitivities, are actually due to the fact that when you have AFS, your Detoxification Circuit is not working well. And when heavy metals accumulate in your system, your body becomes more inflamed and more sensitive to certain substances.

In some cases, brain fog, anxiety, and mild depression can also be attributed to the inflammation caused by toxic build-up. When you have an accumulation of toxins in your body, and your immune system is constantly attacking them with inflammation. Yet they are not leaving your body, so the inflammation becomes chronic.

This inflammation is part of the reason why some medical professionals believe that EDTA chelation might help with certain conditions. By chelating the source of inflammation – the heavy metals in the system – symptoms may lessen and the entire system may calm down. However, treatments with IV EDTA usually take around 10-15 sequential treatments in order to fully be able to get your body detoxed of heavy metals. These treatments can be very taxing on your system, especially if you have adrenal fatigue and don't have a strong NEM foundation.

We are of the same opinion when it comes to AFS and NEM dysregulation. We advise our clients that gentler forms of detoxification are better, especially if the AFS is advanced. That’s because the process of detoxification itself can be stressful on the body, and if your adrenals are already very weak, your condition might worsen and you may even undergo an adrenal crash. 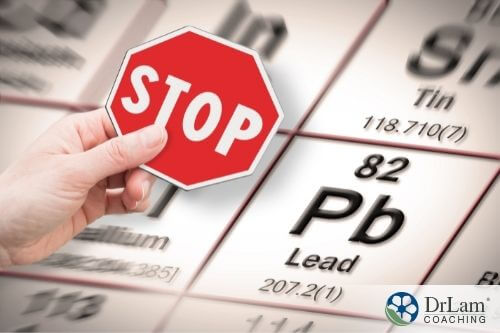 Detoxification through following a special diet and using helpful herbs can take longer, and may not be as effective as EDTA chelation for heavy metals, but it doesn’t pose as big of a risk of causing an adrenal crash. And then, when the adrenals are stronger, more vigorous forms of detoxification can be used if needed.

Of course, if you are going through an acute case of lead poisoning, for example, EDTA chelation may be required, even if your adrenals are weak. But it’s also good to be aware of some of its safety risks, which include:

Because of these risks, some of which can even be fatal, it’s crucial that you only undergo EDTA chelation with an experienced medical professional. And, because detoxification, in general, can produce unpleasant symptoms or backfire, you should never do it without talking to your doctor, even if you choose a gentler form.

The FDA approved EDTA chelation for treating heavy metal poisoning. There are, however, health and medical professionals that use it for other conditions, such as Alzheimer’s disease, heart disease, Parkinson’s disease, and even autism. But currently there isn’t enough evidence to support its efficacy for these issues. It has even caused harm to some children with autism, and should only be used under medical supervision.

If you have questions about how to deal with heavy metal toxicity, EDTA chelation, or other forms of detoxification, you can contact the Dr. Lam Coaching team. We can offer you a free** no-obligation phone consultation at +1-626-571-1234 where we will privately discuss your symptoms and what your options are. You can also send us a question through our Ask The Doctor system by clicking here.

What Is EDTA Chelation Therapy?

EDTA chelation therapy is a form of detoxification from heavy metal poisoning. It’s approved by the FDA for lead poisoning, which can be a serious condition. But some health professionals claim it can also help with other issues. But the question then is: is it safe? And is it effective?