Home > Blog > Adrenal Health > Are You Losing Muscle Mass Due To Menopause?

Are You Losing Muscle Mass Due To Menopause? 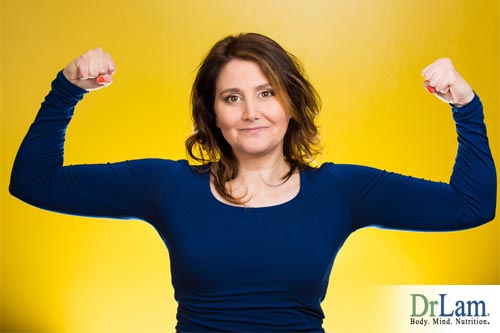 We often talk about menopause when what we are really referring to is perimenopause – also considered the menopause transition. Perimenopause is the period during which a woman’s body undergoes changes and it stops functioning as it did previously, losing muscle. This usually starts during a woman’s forties and is over by her fifties. It differs from one woman to the next. Surprisingly, the term menopause actually refers to the exact time and day her body has completely adjusted and these changes are completed.

Perimenopause can last anything between four and ten years. There are many symptoms associated with this perimenopausal period. They include losing muscle mass, unaccounted for weight gain, hormonal imbalances, dry skin, thinning hair, sleeping problems, hot flashes, and irregular periods, to name but a few.

One of the most alarming but seldom talked about effects of the menopause transition is the loss of muscle. The effects increase when a woman becomes postmenopausal.

Why Losing Muscle When Menopausal?

The aging process brings about a decline in the body’s physiological functions. The body’s muscle mass shows a steady decline starting from around the age of twenty. When a woman hits menopause, however, the rate at which she loses muscle mass increases.

Studies have concluded that this increased rate of muscle loss is due to a deficit regarding the production of the estrogen hormone. The decrease in estrogen production also contributes to the loss of bone mass density, an increased risk of cardiovascular disease, and the redistribution of fat to the visceral area, which includes the body’s organs such as the lungs, heart, liver, or pancreas. To make matters worse, it has a direct effect on muscle tissue.

Muscle loss is mainly the result of an imbalance regarding protein synthesis in muscles and muscle protein breakdown, as well as increased catabolic factors. These include inflammation and oxidative stress. A decline in hormone levels, which is associated with menopause, is also involved. Additionally, new studies have shown that vitamin D also plays a role; a low level of vitamin D contributes to muscle loss.

Vitamin D plays an important part regarding the body’s ability to regulate calcium as well as in the development and maintenance of bones. Evidence also suggests vitamin D plays a role in muscle function. Research has shown that older people with a vitamin D deficiency were more at risk of losing muscle, falling, which is largely due to a lowered muscle mass ratio. Research has also shown that a deficiency in vitamin D is implicated in the atrophy of muscle fibers. 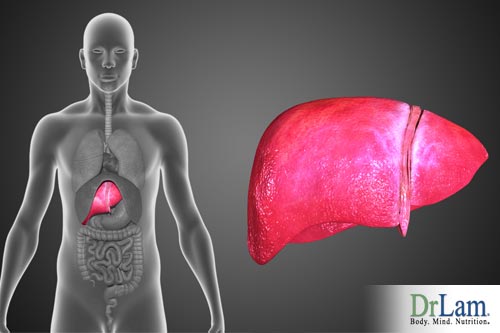 Vitamin D is actually considered a ‘precursor hormone’. This means that it is a building block of an immensely important hormone in the body called calcitriol. This process takes place in one of the major organs in the endocrine system – the liver.

From there the kidneys take over and the results are transported to the different target organs in the body, with muscles being included.

The body is not able to create vitamin D by itself. It has, instead, been designed to create it by being exposed to the sun. Only a few hours per week are necessary. It could also be consumed by means of certain foods, such as fatty fish.

The problem, however, is that people are not exposed to the sun enough to acquire sufficient vitamin D. The negative side of this is seen in certain symptoms – such as losing muscle mass in women in menopause.

A Deficiency in Vitamin D Contributes to Adrenal Gland Fatigue

One of the contributing causes of adrenal fatigue is a deficiency in certain nutrients. Because it is a major contributor towards the functioning of the body, Vitamin D also happens to be one of these:

Adrenal Fatigue and its Complications

Adrenal fatigue usually occurs when the adrenals are exposed to a prolonged period of stress due to either physiological or psychological factors. Diet usually plays an important role as well.

Although a vitamin D deficiency is not the cause of adrenal fatigue, it contributes towards the problem. Vitamin D is necessary because it aids in the production of adrenaline and noradrenaline. These two hormones are both produced by the adrenal gland.

Stress, whether of a physiological or psychological origin, depletes the body of vitamin D. The body then has to choose what it needs most when it goes into survival mode, which would be to manufacture another hormone called cortisol. Cortisol is the hormone a body needs in order to protect itself during long periods of stress. The prolonged production of this hormone, in ever-increasing amounts, perpetuates adrenal fatigue.

Prolonged stress, finally, leads to the NeuroEndoMetabolic (NEM) stress response kicking in. The burden of coping with stress falls onto the hypothalamic-pituitary-adrenal (HPA) hormonal axis, the primary neuroendocrine highway. This is the path the brain receives stress signals from, interprets them, and then by means of neurotransmitters and hormones sends instructions to the different organs of what they should do about the situation. 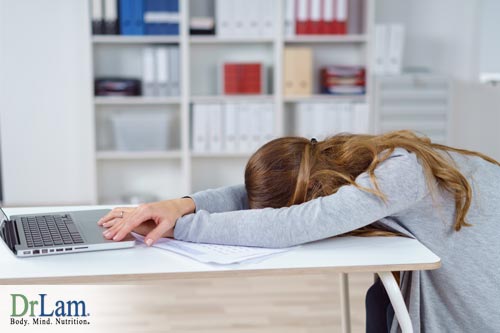 Once adrenal fatigue reaches stage three or stage four, the production of cortisol, as well as other related hormones, is negatively impacted. Advanced symptoms of adrenal gland fatigue set in, most of which are the direct result of a dysregulated HPA axis.

Where a healthy metabolism is able to detoxify itself and govern the body’s response to inflammation, a weakened metabolic system experiences an imbalance. It also reduces the delivery of nutrients needed for optimum respiration in cells, thereby retarding the body’s recovery rate from trauma, whether physical or psychological in nature.

The organs that are part of the neuroendocrine circuit are the adrenals, heart, autonomous nervous system, thyroid, GI tract, and brain. The liver, pancreas, immune, microbiome and extracellular matrix form part of the anti-stress metabolic circuitry.

When the body goes into stress overload, both systems are called into action simultaneously. Their activation is automatic.

Once this system’s proper functioning is completely disrupted, certain consequences result. One of these is an imbalance in hormones.

Part of the metabolic cycle’s process is the building up of muscle tissue. This is usually accomplished due to the actions of certain hormones, such as testosterone, insulin, and growth hormones that facilitate the process. However, when the body no longer has the energy to synthesize these hormones, the opposite takes place. In other words, instead of building muscle, the body actively starts losing muscle.

Age is the process where the body unfortunately stops working optimally. Added to this, lifestyle and diet also play a role. People are no longer getting enough of the essential nutrients they need in order to keep the body functioning at optimal level. Vitamin D plays a role in the metabolic process and the manufacturing of different hormones, and symptoms as a result of adrenal fatigue could be exacerbated in the case of a deficiency. One of these, especially in the elderly, is the loss of muscle and its implications which can include a tendency to fall regularly due to not being able to balance correctly.

Although a loss in muscle mass is usually attributed to women that are menopausal, it is not only reserved for this group. Losing muscle tone, as well as less muscle mass can also occur in older men. In fact, it is possible in people of all age groups. Most of those with this particular problem, however, seem to have lowered levels of vitamin D as well.

A recent study was conducted on postmenopausal women between the ages of fifty and sixty-five. The aim was to evaluate the effect that vitamin D has on the rate of falls experienced by these women. This study took place over a period of nine months. All women who took part in the study had a history of falling within the twelve previous months. All had amenorrhea for the past twelve months at least. Amenorrhea is the absence of a woman’s menses or period. 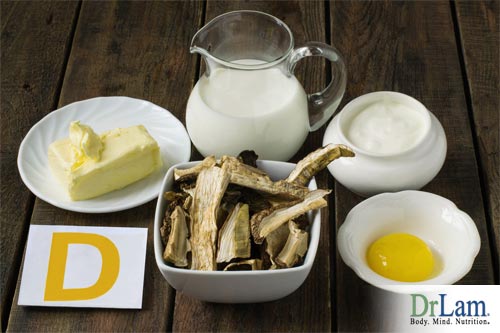 No women were included in the study who experienced musculoskeletal disorders, neurological disorders, or who were on medication(s) that could affect either the occurrence of recurrence of falls. Also excluded from the study were women with osteoporosis or vestibulopathy.

In this study, the women were divided into two groups. The study group each received a daily oral vitamin D supplement. The other group received a placebo.

The result, after this nine-month period, was quite conclusive. It found that, of those in the vitamin D group, there was a marked reduction regarding body swaying and in the number of falls these women had. Those on the placebo showed the same result before and after the study.

Vitamin D deficiency is a problem encountered the world over in postmenopausal women. losing muscle creates muscle weakness and along with it, an increased chance of falling. The study, undertaken in Sao Paulo, Brazil, has documented how vitamin D supplementation actually increased muscle strength while reducing the loss of body muscle mass in women. This includes women who had undergone menopause twelve and more years previously.

Interesting gatherings which arose from the study also show that while those on the supplement showed an increase in their muscle strength, those that had been on the placebo showed a loss in muscle mass during the nine-month period of the study.

According to Dr. L.M. Cangassu, one of the lead authors of the study from the Botucatu Medical School at Sao Paulo State University in Sao Paulo, Brazil, "We concluded that the supplementation of Vitamin D alone provided significant protection against the occurrence of sarcopenia, which is a degenerative loss of skeletal muscle.”

How to Address the Issue of Muscle Loss Due to Menopause

Losing muscle due to menopause is not only due to the natural aging process. It is a combination of factors. Most predominant of these, are lifestyle and nutrition. They play a large role in the correct functioning of the adrenal system and the production of necessary hormones for the optimum functioning of human metabolism.

When the body does not get access to the nutrients needed in order to allow the neuroendocrine system to function at an optimum level, a number of symptoms are observed. One of these is sarcopenia (muscle loss), which is associated with a vitamin D deficiency. Although conventional medicine strives to address these problems individually, practitioners of natural medicine see the body as an entire organism and address it as such.

What you can do to help yourself: 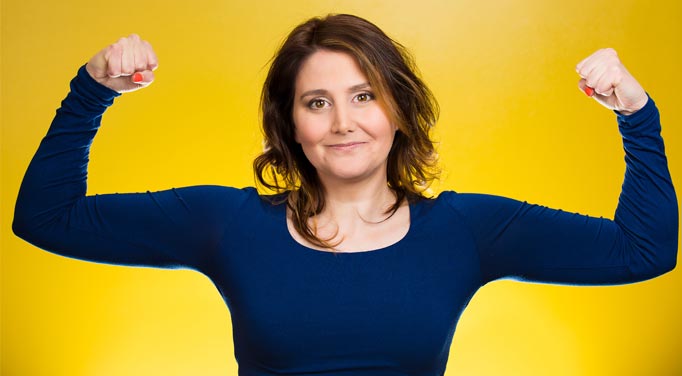