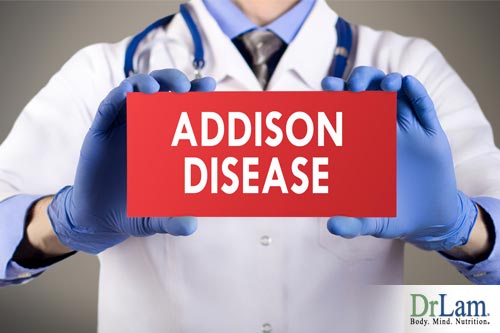 There are actually two types of adrenal gland insufficiency: primary, or Addison’s disease, and secondary. They are disorders of the endocrine or hormonal systems, where the adrenals do not produce enough of certain hormones.

Secondary adrenal gland insufficiency happens when the pituitary gland doesn’t produce enough adrenocorticotropin (ACTH) – a hormone that is charged with stimulating the adrenals to produce cortisol. So when ACTH is low, cortisol output is also low. After some time, the adrenal glands begin to shrink due to decreased ACTH stimulation. This condition is more common than Addison’s disease.

What is Adrenal Gland Insufficiency? The Full Picture…

Adrenal hormones are crucial for health – they need to be produced and secreted in the right amount to keep the body functioning properly. Imbalances and deficiencies in them can cause a multitude of symptoms and problems.

Let’s take a look at each hormone:

Cortisol, the body’s most important anti-stress hormone, is secreted by the adrenal glands in response to stress signals, whether mental, emotional, or physical. It also maintains blood pressure, keeps up heart and blood vessel functions, regulates metabolism, suppresses the immune system and reduces inflammation caused by immune system reaction.

Next is aldosterone, which is also produced by the adrenal glands. It helps balance sodium and potassium in the blood and helps maintain blood pressure too. When it is insufficient, there is a decrease in sodium and an increase in potassium.

The low sodium decreases blood fluid volume and triggers a drop in blood pressure. The high potassium can lead to irregular heartbeats, weak pulse and nausea.

And finally, dehydroepiandrosterone (DHEA) production by the adrenals can also be affected. DHEA is used by the body to make the male sex hormone, androgen, and the female sex hormone, estrogen.

Symptoms of insufficiency of the adrenal glands can include:

As you can see, there are some shared symptoms between adrenal gland insufficiency and adrenal fatigue, and it is very important to differentiate between the two in order to seek the right medical approach.

The Difference Between Adrenal Gland Insufficiency and Adrenal Fatigue

Firstly, the causes of adrenal insufficiency and adrenal fatigue are quite different. While adrenal fatigue does reflect the adrenal glands’ involvement in fatigue generation, it is really a non-pathological state. In other words, it’s a subclinical state. If you were to look at the adrenal glands under a microscope, there is no significant cellular pathology that is out of the ordinary.

Addison’s is often caused by an autoimmune dysfunction, when the immune system attacks and destroys the adrenal cortex. Less often, it is caused by an infection, such as tuberculosis, cytomegalovirus and certain types of bacterial and fungal infections.

There are other, even less common, causes of Addison’s, such as cancer, certain medications, genetic defects and injury to the adrenal glands.

With secondary adrenal gland insufficiency, the causes can include anything that affects the pituitary gland or hypothalamus such as tumors, surgery, and radiation.

Adrenal fatigue syndrome (AFS), on the other hand, is caused by stress and other factors, such as the deregulation of the hypothalamic-pituitary-adrenal (HPA) axis, immune system problems, metabolic-nutritional issues and nervous system problems. With AFS, there is a NeuroEndoMetabolic (NEM) imbalance. The HPA axis, that is responsible for dealing with stress in the body, runs from the hypothalamus to the pituitary gland and to the adrenal glands. The HPA axis is under a lot of pressure from chronic mental, emotional, or physical stress. This puts a heavy burden on the adrenal glands, whose cortisol output is now compromised. At some point, the effect of prolonged stress can spill over onto all the circuits in the NEM stress response, which is the body’s global response to stress, including the cardionomic, detoxification, inflammatory, hormonal, neuroaffective and metabolic.

The degree to which the adrenal glands are taxed may not be the same as that which is is experienced in Addison’s disease, and it is not detected by current lab testing in any way. So, what usually happens is that the patient will get tested for insufficiency of the adrenal glands using the ACTH, the results come back as ‘normal’, yet there is the constant fatigue being experienced. The next step is to have the thyroid tested, and if that comes back normal or borderline, the patient is at a loss again as to what is zapping their energy and affecting their health. 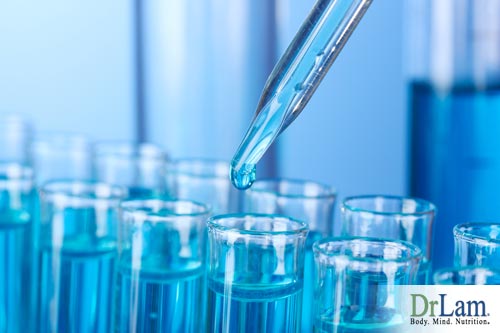 Though you never want to jump to conclusions, in such a case, it is safe to say that the likely culprit is AFS. But, because conventional approaches do not yet recognize adrenal fatigue, and for good reason since the pathology of the adrenals shows up as normal, no diagnosis is made and the patient is left to struggle with their fatigue on their own.

This is similar to the way diabetes was looked at in the past. The conventional approach, up until recently, saw either diabetes or non-diabetes, without acknowledging that, there is a subclinical or borderline diabetic state. So, it is the case with adrenal fatigue at the moment. If you really study adrenal fatigue, you will see that it is usually accompanied by other components from the NEM that are well beyond the adrenal glands. That is another good way to clue in on what is really going on.

As mentioned, the reason it is so important to determine which condition is at hand is because the adrenal fatigue treatment modalities are quite different. With insufficiency of the adrenal glands, the deficient hormones need to be replaced, usually for life. Cortisol is replaced with a corticosteroid daily oral medication, and aldosterone is replaced with a mineralocorticoid oral medication. Those diagnosed with Addison’s are usually put on such steroids for life.

If the sufferer experiences an adrenal crisis where blood pressure, blood glucose, blood sodium drop, and potassium is high, an IV saline solution with dextrose can bring relief. As for AFS, recovery is best when it is through a holistic mind-body approach, with adjustments to nutrition, exercise and lifestyle, as well the addition of appropriate supplementation. Of course, if other conditions exist concomitantly, they will need to be addressed as well.

The AFS protocol, in short, is as follows:

Some other things to consider: be careful, especially if your condition is advanced, with making drastic changes or trying different things. There are many factors that can play a part, and some seemingly harmless, or even healthy, choices in other circumstances could negatively impact your recovery.

For example, fruits that contain a lot of potassium should not be consumed. In fact, fruits in general, which are considered very healthy foods by other standards, should be limited to 10% of your diet at most. Getting advice from health professionals, not well versed in AFS, will delay progress as they may give you the wrong supplements or nutritional advice. Even more importantly, avoid the shotgun approach, where you take many nutrients and supplements at the same time hoping that they will boost your strength and energy. This usually backfires.

In conclusion, if you are suffering from some of the symptoms associated with adrenal insufficiency or fatigue, your first step is to make sure which condition you actually have. Also, be sure to check your thyroid. Once you know, seek a medical professional with experience in your specific condition.