Home > Blog > Adrenal Health > Where Is the Adrenal Gland and What Does It Do?

Where Is the Adrenal Gland and What Does It Do? 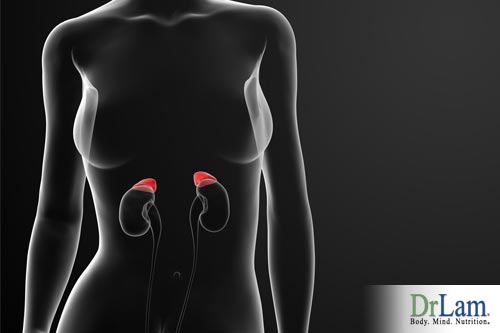 These hormones have different functions throughout the body; but notably, most of them are stress response hormones. Where is the adrenal gland is not as essential as knowing what the function of the adrenal glands are. The adrenal glands are the stress control center for the body. When either physical or mental stress is experienced, cortisol, norepinephrine, and epinephrine are released depending on the degree of the stress. In normal day-to-day activities, cortisol is the dominant hormone that keeps the body in balance. It helps raise blood sugar, fights inflammation, and constricts blood vessels, among other functions. These effects help the body maintain homeostasis and stay in balance when stress threatens to destabilize the body.

Anatomy - Where is the Adrenal Gland? 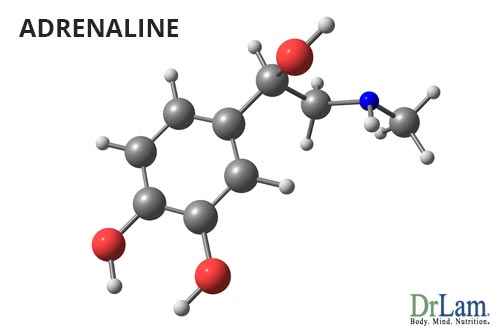 The catecholamines, norepinephrine and adrenaline (for which the adrenal glands are most well known for), are much more powerful stress response hormones and are famous for the fight-or-flight response to moments of extreme stress. The rush of energy and the on-your-toes feeling is a function of these hormones priming your body for immediate action to ensure survival.

Knowing where the adrenal gland is located is vital to knowing how to maintain optimal adrenal health. Now keeping the adrenal glands in good health is important to maintaining the right levels of these hormones. To see what effect imbalances might have, let’s take a look at conditions that can affect them.

Adrenal insufficiency, or Addison’s disease, is a condition of deficient production of glucocorticoids. This can result in low blood pressure, loss of sodium in urine leading to salt cravings, hypoglycemia or low blood sugar, and dizziness upon standing, among other symptoms. Sufferers are also susceptible to adrenal crises in which the adrenal glands cannot produce enough cortisol to respond to physiological stress; this can be fatal.

On the other end of the spectrum we have Cushing’s Syndrome, in which cortisol is overproduced. This leads to symptoms including obesity, diabetes, high blood pressure, depression, and excess body hair.

Other diseases and afflictions can also affect the adrenal glands and lead to an oversupply or deficiency of the hormones it produces, leading to a wide range of symptoms throughout the body. In most cases, these conditions are relatively rare, but there is one condition that is at the same time, both very common and too often ignored. This condition is Adrenal Fatigue Syndrome. 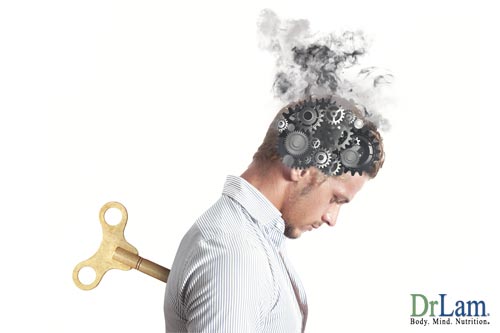 Adrenal Fatigue Syndrome is a condition where the adrenal glands, overworked for too long as a result of chronic stress, begin to break down and lose functionality. This gives rise to a medley of symptoms starting with constant fatigue, anxiety, insomnia, and frequent infections, hypothyroidism, and many others. Most people experience chronic stress of some kind at one point or another during their lives, and nearly everyone is at risk. People with Adrenal Fatigue Syndrome are often unaware of their condition and mask the symptoms with energy drinks and sleep aids. In its early stages, it is easily reversible, but when the condition worsens and becomes more advanced, recovery is far more tricky. Anyone who has had a history of stress and is experiencing some of these symptoms, should educate themselves on the signs of Adrenal Fatigue Syndrome. It would do them well to make some adrenal fatigue specific dietary and lifestyle changes to reduce stress and improve nutrition to ensure good adrenal health.

The adrenals and Adrenal Fatigue Syndrome also play into a bigger stress response within our body called the Neuroendocrine Metabolic Stress Response. Cortisol plays a large role in this as the NEM Stress Response relates to hormones released during stress such as cortisol, inflammation that occurs, our metabolism increasing, detoxification strategies our body utilizes to manage toxins, and organ response such as heart rate and breathing rate increasing. It also triggers neurotransmitter release to our brain responds to stress in a “fight or flight” situation. As in adrenal fatigue, when there is an imbalance in the NEM Stress Response, there are huge effects on our body, such as over-use of one system as the detriment of another. 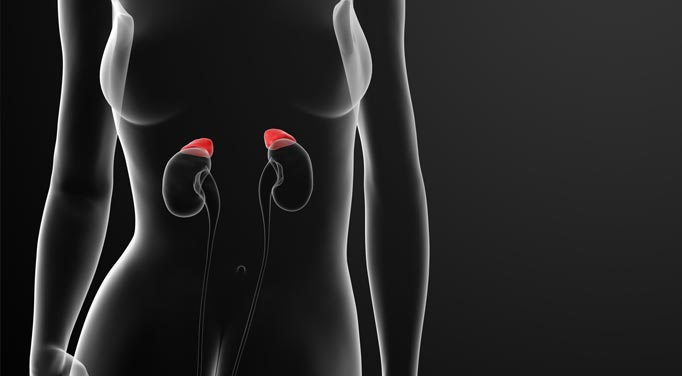