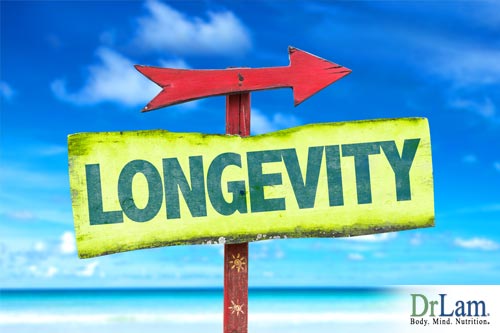 Antioxidants benefits may be just what you are looking for. The Antioxidant Panel of the Food and Nutrition Board, Institute of Medicine, National Academy of Sciences (NAS), announced in 2000 the new recommended dietary allowances (RDA) for Vitamin C and E. For Vitamin E, the new RDA for both men and women has been raised to 15 mg, up from 8 mg for men and 6.4 mg for women. The newly established upper level, assuming the source is from supplementation, is as high as 1,000 mg of Vitamin E (alpha-tocopherol per day). This is equivalent to roughly 1,500 IU of "d-alpha-tocopherol." For Vitamin C, the new RDA is 90 mg for men and 75 mg for women, up from 65 mg. The newly established upper limit for Vitamin C is 2,000 mg per day. This provides the body with the best antioxidants benefits.

In view of the mounting evidence that Vitamin E has powerful antioxidant benefits, the NAS panel virtually doubled their old recommendation to 15 mg of d-alpha-tocopherol (the natural form of Vitamin E and the basis for the new RDAs) per day for both men and women.

The form of Vitamin E that is best used and retained by the body is the RRR-tocopherol (alpha). In the process of making synthetic Vitamin E from petroleum chemicals, fully one-half of synthetic Vitamin E is in the form of tocotrienols, and beta-, gamma- and delta-tocopherol, all of which the body does not recognize and preferentially excretes. On the other hand, 100% of natural-source Vitamin E, purified from plant sources, is in the RRR-tocopherol (alpha) form recognized and used by the body. 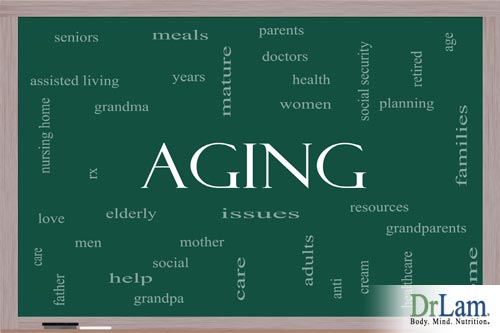 There have been many studies showing the benefits of Vitamin E. The following two will demonstrate some of them, as well as give you some insight into the reasons on which the NAS based their decision to increase the RDA and establish such a high upper limit.

In our first study, which was published in Lancet in 1996, 2002 patients with angiographically proven coronary atherosclerosis were enrolled in a Vitamin E supplementation program and followed for a median of 510 days. These patients were given alpha-tocopherol capsules containing 800 IU a day for the first 546 days and 400 IU daily for the remainder. Results showed that alpha-tocopherol treatment substantially reduced the rate of non-fatal MI (heart attacks), with beneficial effects apparent after 1 year of treatment.

In the second study, published in Journal of the American Medical Association (JAMA), in 1995, 156 men aged 40-59 with previous coronary artery bypass graft surgery were supplemented with 100 IU of Vitamin E per day and compared to those men whose intake was less than 100 IU per day. After the treatment, subjects receiving 100 IU demonstrated less coronary artery lesion progression than did subjects with intake of fewer than 100 IU per day, as determined by angiography.

Studies determining the efficacy between various forms of Vitamin E are less clear, especially as it relates to alpha- vs. gamma -Tocopherol. Some studies have suggested that gamma-Tocopherol is more effective, while others show that a mixed blend of alpha- and gamma- appears to be the best. Until more research is available, it is clear that the standard form of Tocopherol should be alpha-Tocopherol. Studies have already determined that Vitamin E derived from natural source ("d" form) is better than synthetic form ("dl" form). 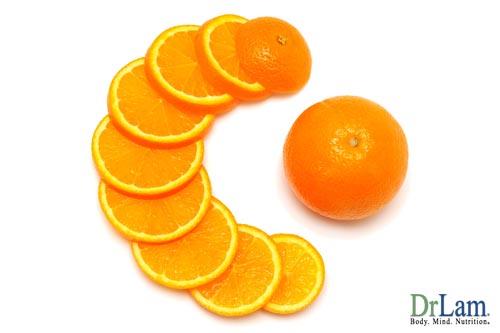 Dr. Linus Pauling, two times Nobel Laureate and "father of Vitamin C", postulated the benefits and promoted high intakes of Vitamin C for decades. As early as the late 1960s, he started taking 2,000-3,000 mg of Vitamin C a day. Dr. Pauling was way ahead of his times. As the years went by, he increased his Vitamin C intake progressively until the early 1990s, in the latter years of his life, when he was taking as much as 18,000 mg a day. He died at the age of 93 and attributed the last 12 years of his life to his high Vitamin C intake.

Molecules are composed of atoms and atoms are composed of a nucleus surrounded by an orbit of electrons. In a stable molecule, these electrons orbit their respective nuclei in pairs. When a reaction occurs causing a molecule to either loose an electron or gain an extra electron, the result is a molecule with an unpaired electron. This molecule is called a free radical. It is highly reactive, meaning it will try to combine with other molecules in order to steal an electron, so it can return to a stable state. The molecule from which the original free radical steals the electron becomes a free radical, wanting to steal an electron, resulting in a domino effect or a self-perpetuating process.

Excessive production free radicals can cause damage. Fats, protein, carbohydrates, and DNA are all subject to free radical damage. Membranes exposed to free radicals lose their ability to properly transport nutrients, lipoproteins are changed into a dangerous form, and damaged DNA has the potential to cause mutations and cancer. Free radical damage is associated with almost very disease, including arthritis, heart disease, cataract, cancer, Alzheimer's, and Parkinson's.

Antioxidants are molecules made by our bodies to neutralize free radical damage. Antioxidants benefits this by donating an extra electron to the free radical without becoming unstabilized itself, also preventing the otherwise self-perpetuating free-radial process. Although the antioxidant has donated an electron, thereby becoming a free radical, it has the property of being much less reactive than the original radical it has quenched. Being less active, the affected antioxidant does not cause further damage. When Vitamin E functions as an antioxidant and donates its electrons, it cannot function again until it has been "recharged", or had its missing electron replaced. This is where Vitamin C enters the process. Vitamin C donates its electron to Vitamin E, allowing Vitamin E to function again. Since certain types of antioxidants work best in different environments - some are effective in the plasma environment while others work their best within a fatty environment, there is no single best antioxidant. They all work together. What develops is a complex network or partnership of antioxidants that not only fight free radicals but also serve to regenerate one another. Hence, they work synergistically - that is, when they are all present, their effect is greater than the sum of their individual effects.

Fruits and vegetables are very high in antioxidants benefits. Unfortunately, diet by itself cannot provide a number of antioxidants needed for anti-aging purposes. For example, an orange, which is one of the best sources of Vitamin C, contains about 65 mg of Vitamin C. To get 2,000 mg, you would need to eat 30 oranges a day. Similarly, to get the 400 IU of Vitamin E commonly recommended, you would have eaten almost 5,000 calories of food, mostly as fat. Supplementation, therefore, is a cornerstone for good health with respect to antioxidants. Some common antioxidants available as supplements include: Vitamin C, Vitamin E, carotenoids, glutathione, bioflavonoids, lipoic acid, CoEnzyme Q 10, Selenium, and Grape Seed Extract.

From Hoax to Science

The established medical and scientific community accepts new theories only after vigorous screening and scrutiny, a process that can take years or even decades.

The free radical theory of cellular damage and the recommendation for antioxidants benefits as a way to overcome it was proposed over 40 years ago. Until the last decade, it has been tolerated largely as an unsubstantiated theory at best. Medical schools are so preoccupied with teaching students how to cure the disease they do not spend enough time on disease prevention or alternate forms of treatment. In essence, we have a whole generation of physicians who are not well versed on what nutritional supplements can or cannot do. Those who do know and are well versed in it, practice supplementation. Doctors who have been prescribing nutritional supplement to patients have been ridiculed for years. Now they are hailed as pioneers.

How Much Is Too Much?

Many in the forefront of anti-aging research have known for decades that the RDAs established since 1941 are outdated, needing revision upwards. The National Academy of Science's progressive upward revision of the RDAs in view of the mounting evidence in support of antioxidant's beneficial effect on the body reflects an admission from mainstream research and medicine that the benefits of nutritional supplementation is real and not a hoax. The fact that an Upper Level has been established for the first time as a safe level of daily intake shows that the educated public is demanding that the scientific community catches up with its own research, as ironic as that may sound.

There is always a constant battle between the production of free radicals and the body's attempt to remove these radicals. Data and research continue to show a role for antioxidants from food as well as dietary supplementation in disease treatment and prevention. Although optimal intakes of antioxidants have yet to be determined, and may not be determined for years to come, science continues to learn more about this fascinating area each day. With the establishment of upper limits for common antioxidants like Vitamin C (2,000 mg a day) and Vitamin E (1,500 IU a day), it now is apparent that the public can safely know that supplementation within these limits is widely accepted.

When Should I Start Taking Supplements?

Data shows that it takes time for antioxidants benefits with Vitamin E supplementation to become visible. Supplementation is not an overnight process as our bodies have been traumatized by free radicals for many years. Research has repeatedly demonstrated that it takes at least one to two years of continuous Vitamin E intake, for example, to have demonstrable and statistically significant cardiovascular and cancer benefits.

Considering the limited side effects, the risk of not taking natural supplements far outweighs the risk of any potential side effect. To put it another way, the risk-benefit ratio favors those who take action now to supplement their diet with nutrients beyond that which can be obtained from diet alone. This is especially critical for those 50 years of age and older, as the accumulated years of damage is greater, and their time is running out. 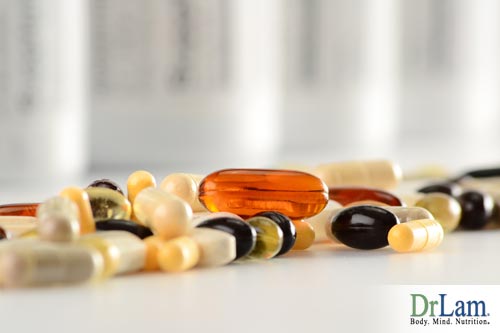 Research will never completely satisfy the skeptical mind. Those who take the time to study the scientific literature that is readily available will be amazed at the preponderance of data supporting nutritional supplementation and antioxidants benefits as one of the foundation pillars for optimum anti-aging health. It is estimated that over 50% of Americans are taking supplements in one form or another. Unfortunately, the nutritional supplement industry is laced with unscrupulous companies pushing products that are unproven or with insufficient research. The informed mind is the best mind. Do your homework and make an informed decision before embarking on any nutritional supplementation program of dubious nature. Focus on supplements that have an extensive history of research and be careful of products that are supported by nothing more than testimonials and wild unsubstantiated claims. 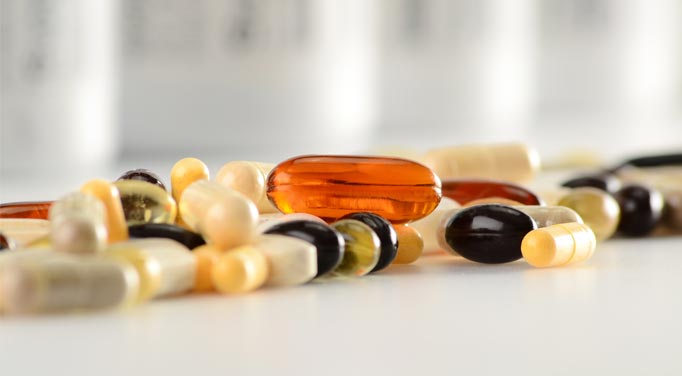