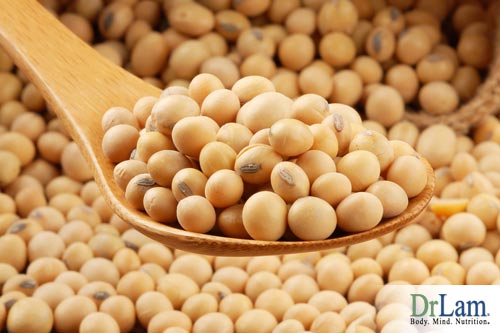 There is ample evidence that the isoflavones contained in soy products, including genistein, are toxins. In this article we will examine the relationship between soy and thyroid as well as how it might be affecting you. Isoflavones are inhibitors of thyroid peroxidase that makes T3 and T4.

Unfermented soy products such as to tofu and infant soy formula contain:

Since the late 1950's researchers have identified that the soy is a phytoestrogen. Soy's estrogenic effect is 1/500 the potency of that estrogen naturally circulating in our body. Soy acts as an competitive inhibitor of estrogen at the cellular estrogen receptor site, reducing the effect of estrogen in our body. At the same time, over consumption of soy can overwhelm many of the body's cell and may overload them

Infants fed long term soy formula during childhood are particularly vulnerable to developing autoimmune thyroid disease when exposed to high exposure of isoflavones over the years. In fact, studies have found that the frequency of feedings with soy-based milk formulas in early life was noticeably higher in children with autoimmune thyroid disease later in life. The incidence of thyroid disease were almost triple in those soy formula-fed children compared to their siblings and healthy unrelated children. Demonstrating a link between soy and thyroid.

How much is too much? This varies depending age. According to the Soy Online Service, infant should not take in any soy. For adults, just 30 mg of soy isoflavones per day is the amount found to have a negative impact on thyroid function. This amount of soy isoflavones is found in just 5-8 ounces of soy milk, or 1.5 ounces of miso. Interestingly, while miso has the phyto-estrogenic effect, it does not have the enzyme inhibitory effect because it is fermented. Other fermented soy products include soy sauce or tempeh.

The current promotion of soy as a health food will likely result in an increase in thyroid disorders and possibly raise the risk of thyroid cancer in decades to come. Remember that it takes an average of 20 years before chronic insult to the body surfaces as a disease state.

The Europeans are far ahead of Americans when it comes to soy and thyroid conditions. In July of 1996, the British Department of Health issued a warning that the phyto-estrogens found in soy-based infant formulas could adversely affect infant health. Soy formula should only be given to babies on the advice of a health professional after careful consideration. The US is far behind in such public health warnings.

Many people have thyroid disorders these days, and along with soy, stress can contribute to thyroid problems. There is a system within our bodies which regulates stress called the NeuroEndoMetabolic (NEM) Stress ResponseSM. This response is triggered whenever our bodies are under any imminent threat, real or otherwise. Starting at the base of the brain, the NEM Stress Response travels through the pituitary gland, and onto the adrenal gland where powerful hormones such as cortisol are released. When the body is bombarded with unhealthy forms of soy and thyroid conditions arise, the body is in a state of chronic stress. 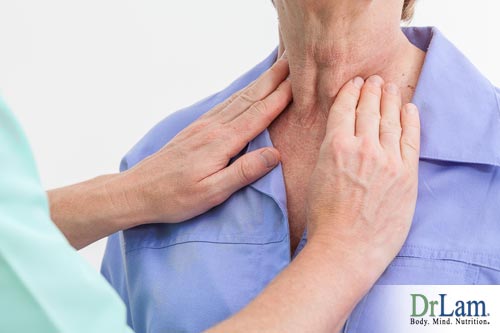 It is important to discuss the relationship between cortisol and the thyroid. Cortisol can stimulate the thyroid to work in excess. Because of this excess burden that is placed on the thyroid gland, it can become unable to produce sufficient amounts of thyroid hormone, causing problems. This is a very typical reason that people who are constantly stressed complain about weight gain and tiredness.

Both the NEM Stress Response and the thyroid gland are quite interconnected to the adrenal glands. Once stress has reached unmanageable levels in the body, the adrenal system also becomes overworked. This is known as Adrenal Fatigue Syndrome. Because there is so much interconnectivity within our bodies, it is important to isolate as many variables as possible when taking action to maintain health. There will always be variables that we can not control but diet is something that we can.

The functioning of our endocrine system is imperative for dealing with stress and returning to normal hormone levels afterwards. Foods which are introduced into our bodies that interfere with hormone production and negatively affect endocrine balance need to be identified and limited. Once we all start to take notice of what we’re putting into our bodies, we can help to reach a happy equilibrium where we can take advantage of this actionable health information.

What is that disrupts the thyroid function, is it the deficiency of the adrenals?

It could be genetics, stress, environments, or AFS. When the adrenals are weak, thyroid function slows by design as the body tries to conserve energy. Low energy, fatigue, and dry skin are some common symptoms. 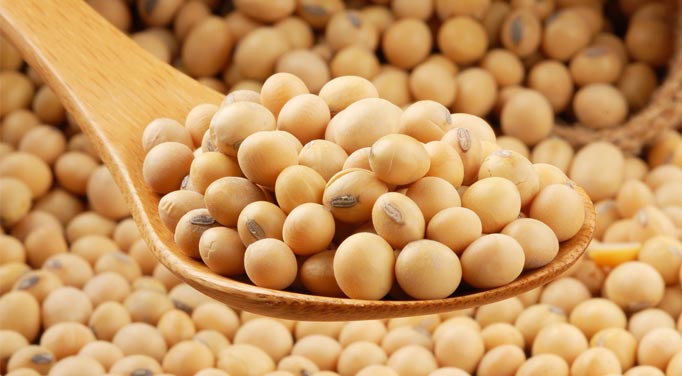