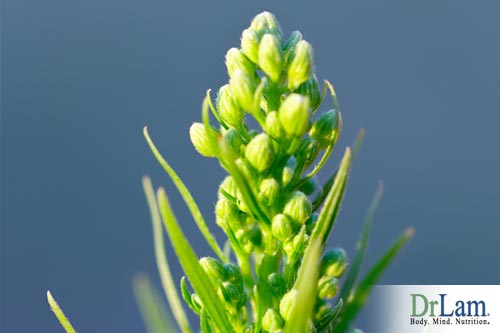 The compound artemisinin was extracted from a plant called woodworm. Thousands of years ago, the Chinese used it to combat Malaria. Today, many artemisinin cancer research studies have proven that this miraculous herb is just as effective in combating cancer as well.

Let us review some of the existing artemisinin cancer research papers published so far on this remarkable herb.

In another artemisinin cancer research study, researcher Dr Lai noted even more amazing results involving leukemia cells. He mentioned that the cancer cells were destroyed very quickly within a few hours when exposed to holotransferrin (which binds with transferring receptors to transport iron into cells) and dihydroartemisinin (a more water-soluble form of artemisinin). He further explained that it might be because of the high concentration of iron in the leukemia cells.

This amazing herb was also examined for its activity against 55 cancer cell lines. It was found to be the most active against leukemia and colon cancer and active against breast cancer, melanomas, prostate cancer, CNS and renal cancer. It was also reported that artemisinin's effectiveness was comparable with other standard drugs used to combat cancer. As such, these results and the low toxicity of artemisinin had made this herb to be a potential for cancer chemotherapy. 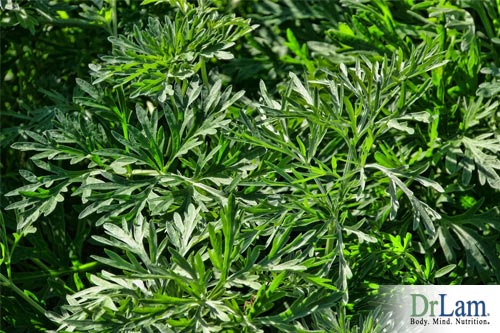 This herb becomes cytotoxic in the presence of ferrous iron. To accommodate a rate of iron intake greater than normal cells, cancer cells surfaces feature greater concentrations of transferrin receptors- cellular pathways that allow iron into a cell. In breast cancer cells, they have 5 to 15 times more transferrin receptors on their surface than normal breast cells. During a recent study, both breast cancer cells as well as normal cells were injected with artemisinin. The results of this artemisinin cancer research study showed that artemisinin effectively killed radiation-resistant breast cancer cells in vitro. However, the effects on the normal breast cells were minimal. This simply goes to show that this herb might be a simple, effective and economical treatment for cancer.

Various studies carried out separately in Germany and Australia, revealed the activities of twenty drugs on leukemia CCRF-CEM cells lines, artemisinin, artesuante, balcalein, baicalin, barberine, bufalin, cantharidin, cephalotaxine, curcumin, daidzein, daidzin, diallyl, disulfide, ginsenoside, Rh2, glycirrhizic acid, isonardosinon, homoharringtonine, nardosinon, nardofuran, puerarin, quercetin, tannic acid and tetrahydronardosinon. The results showed that artesunate increased daunorabicin accumulation in CEM/E1000 cells. As artesunate and bufalin both have abilities to combat leukemia, whether it was applied alone or together with daunonrubicin in multi-resistant cells, these two drugs might be suitable for treating leukemia in the near future.

Modulation of Multidrug Resistance for Chemotherapy

Arteminisin could prevent the spread of cancer cells and increase cytotoxicity of perarubicin and doxorubicin in P-glycoprotein-overexpressing, and in MRP-overexpressing, but not in their corresponding drug sensitive cell lines.

When a triterpene and a sesquiterpene were isolated from separation of artemisia stolonifera, both of them proved to be able to destroy cancer cells in non-small cell lung adenocarcinorma, ovarian cancer, skin melanoma, CNS and colon cancer.

When artemisinin's derivative, 9 C-10 was prepared as dimers using novel chemistry, it proved to be able to kill malaria cells. Additionally, dimers 8, 10 and 12 were especially powerful and prevented cancer growth in the NCI in vitro 60 cell line assay.

Researchers discovered a novel class of compounds that could destroy cancer cells after modifying artemisinin in one of their recent artemisinin cancer research experiments. This new derivative contained cyano and aryl groups and was very effective in destroying leukemia and human lung carcinoma cells.

Some artemisinin related endoperoxides that were tested on their abilities to destroy Ehrlich ascites tumor cells (EAT) were proven positive. Surprisingly, its derivatives were even more powerful at destroying cancer cells. This artemisinin cancer research test also confirmed artemisinin and its derivatives abilities to kill EAT cells at higher concentration than those needed for in vitro anti-malaria activities.

Although artemisinin could not be dissolved in water, it was able to cross the blood brain barrier. It might therefore be useful for curing brain tumors and other brain diseases.

During a recent artemisinin cancer research experiment, an alkaloid of artemisia asiatica was metabolized to small molecules in the digestive tract and was passed through the blood brain barrier. The results showed that it could act as an acetylcholinesterase inhibitor with a blocker of neurotoxicity induced by a beta in human beings that caused AD. 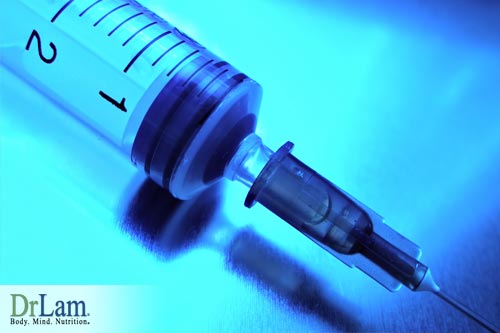 In this artemisinin cancer research case study, the patient was given artesunate injections and tablets over a period of nine months. His tumor was significantly reduced by about 70 percent just after two months of treatment. The patient also reported that he benefited much from this treatment. It actually prolonged his life and improved his quality of life. Once again, artemisinin had proven its amazing properties in killing cancer cells.

When artemisinin was given to monkey at 292 mg/kg over 1 to 3 months, they showed no toxicity.

In pharmacokinetic studies, 250 mg tablets of artemisin and artesunate tablets were used. Both forms of tablets were well tolerated and there were no negative side effects.

During a study, healthy volunteers were given 250 mg of tablets of artemisinin and artesunate orally. The researchers reported that in the case of artemisinin, the mean maximum drug concentration C= 0.36 microgram/ml, appearance half life T= 0.62 hr, distribution half life t(12) a= 2.61 hr, decline half life t(12) = 4.34 hr, total area under the concentration curve (AUC) = 1.10 microgram.hg/ml, its main metabolite, dihydroartemisinin was measurable in plasma. On the other hand, half lives were much shorter in the case of artesunate.