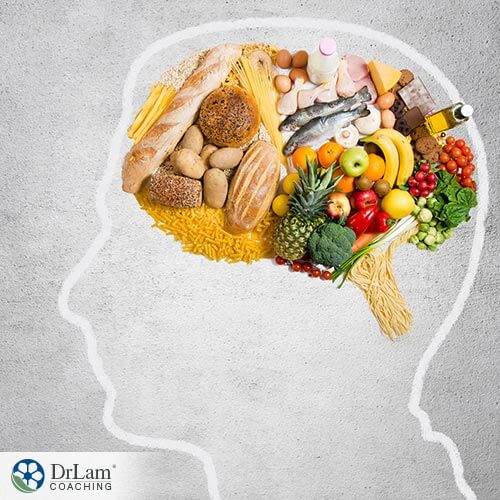 What exactly is the so-called “MIND diet”? I had to ask myself the same question when I first heard of the diet, but the concept is rather simple. The MIND diet is quite simply a diet for the mind, a diet rich in foods that boost and preserve brain function. More specifically, it was designed to prevent Alzheimer's disease. So what exactly does the diet consist of? How does the diet impact the NEM, and is it helpful for mitigating Adrenal Fatigue Syndrome (AFS)? Are the claims backed by science? Let’s find out.

What is the "MIND Diet"?

The MIND diet is a diet specifically aimed at preventing Alzheimer's disease. The word MIND is actually an acronym for Mediterranean-DASH Intervention for Neurodegenerative Delay. As a mix between the lenient mediterranean diet and the restrictive DASH diet, this diet is a combination of slightly strict rules and loose living.

There are ten food groups which are considered healthy under the MIND diet and can be consumed frequently:

There are 5 groups which are to be avoided:

The NEM Perspective on the MIND Diet

What is the NEM Stress Response?

The NeuroEndoMetabolic (NEM) stress response is a six-circuit system which helps your body cope with stress. Composed of two larger main groups of overlapping circuits, the NEM is a lens for viewing the ways that different forms of stress impact your body. The two major groups are the NeuroeEndocrine and Metabolism groups. In the NeuroEndocrine group, there are three “lesser” circuits which are the hormonal, neuroaffective, and cardionomic. And the Metabolism group is made of the three “lesser” circuits of detoxification, inflammation, and metabolism. Each of these six circuits make up a network known as the stress response system, which your body uses to cope with danger or stress. The NEM stress response system is responsible for the “fight or flight” response. This response network is a major key to our survival, but when a circuit in the network is ignored, your health can decline in many ways.

One of the biggest, and perhaps most common, “circuit failures” of the NEM response is Adrenal Fatigue Syndrome (AFS). Adrenal fatigue can manifest itself as body or mind fatigue, hormonal imbalances, and even the dysfunction of other organs, such as the thyroid. AFS is largely a result of the constant stress of the standard way of living.

The MIND Diet and Your NEM

For the most part, this diet is very similar to our recommendations for reversing adrenal fatigue. Much like our recommendations, the MIND standards are eat as little (if any) processed food as possible, instead opting for whole foods, eating lots of fresh vegetables daily, cutting back on dairy, consuming lean proteins, and even eating a healthy source of fat. It is no wonder that this diet is gaining traction. Cutting out processed foods, and increasing whole food intake is a huge step in the right direction for improving or maintaining the health of every circuit of your NEM. Whole foods, vegetables in particular, are crucial for the health of your body. They contain loads of fiber, vitamins, minerals, and antioxidants each of which helps to keep your NEM functioning at full force.

Standard Convenience Diet and Risks to Your Health 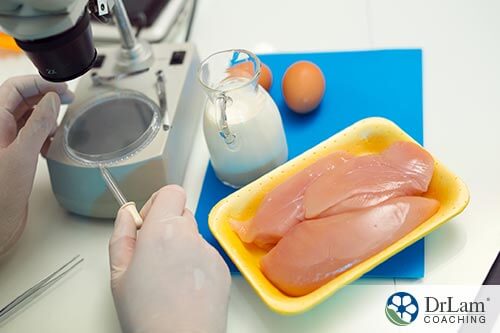 One of the major causes of the internal stress your adrenal glands have to respond to is caused by the poor quality of modern food. Modern food is packaged and manufactured for convenience and long shelf life, and made with very little, if any, concern for your health and well-being. Many of the products are made to literally make you addicted using chemicals, and high quantities of sugar, salt, and fat. These products are absolutely detrimental for your health.

Almost every processed food contains chemicals that should not even be considered as food. Here are just a few of the most common of these chemical ingredients and their risks: 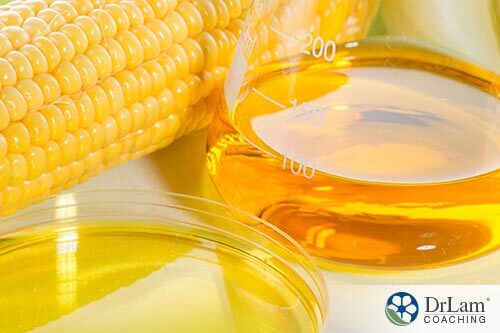 It is quite astonishing just how many toxic chemicals are found in processed “food”, and they impact every circuit of your NEM. From your hormonal circuit, to your neurological, these chemicals trigger stress in your body in many ways. These are just a few of the reasons I strongly advise against processed food, and likely why most major diets also advise against them.

The Science of the MIND Diet

The goal of the researcher who created the diet is to reduce the risk of Alzheimer's disease (AD). It is estimated by the Alzheimer's Foundation of America that nearly a half-million Americans under the age of 65 have some form of dementia, including Alzheimer's disease.

Working with her team of researchers, Morris conducted studies of the MIND diet for nearly an entire decade and worked with a group of 923 seniors. The results were astonishing. Patients that strictly adhered to the diet lowered their risk of Alzheimer's by as much as 53%, and 35% of the participants who loosely followed the diet found reduced risk as well. They also found that the longer an individual followed the MIND diet, the better protected they became.

In a different study, Morris' team conducted a side-by-side comparison of the MIND diet with both the DASH and Mediterranean diets. They found that the results across the 3 diets were positive, and that the risk of Alzheimer's was reduced. Those that strictly stuck to the DASH diet found 39% reduced risk of Alzheimer's. Those that stuck to the Mediterranean diet had a 54% reduction in risk. However, according to Rush University Medical Center, those that described their adherence to the diets as “moderate” rather than strict obtained little benefit from the DASH or Mediterranean diet.

According to Morris herself, "One of the more exciting things about this is that people who adhered even moderately to the MIND diet had a reduction in their risk for AD". 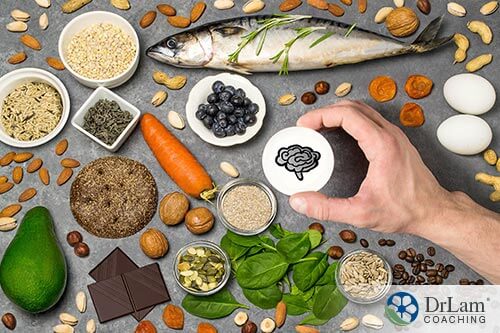 As with any diet, you should always consult with your healthcare provider. That being said, there are not too many apparent risks. Be mindful however that these results suggest that the diet is good for preventing Alzheimer's, and do not look at other effects it may have on the body, or any parts of the body that may be neglected. For example, it overlooks factors such as a compromised gut flora which is a common health concern among most Americans. It also overlooks the impact of pesticides, herbicides, and other chemicals that may be present in the food you purchase. Be sure to do some research before jumping into this diet.

The results suggest that the MIND diet is indeed good for the neuroaffective circuit for the NEM Stress Response System. It certainly appears that it may be beneficial for other circuits of the NEM as well. This diet, unlike so many others, is certainly not a fad diet, it is based on actual science and research. This diet is certainly worth considering.

Is the MIND Diet actually good for your mind?

One new diet is rising up the famous diet latter. The MIND diet claims to be beneficial for your mind. Unlike many mainstream diets, this one was developed with actual science in mind. And the Benefits appear to be pretty clear.