Home > Diet and Nutrition > Food Sensitivities Diet > To Be on a Gluten-Free Diet or Not to Be?

To Be on a Gluten-Free Diet or Not to Be? 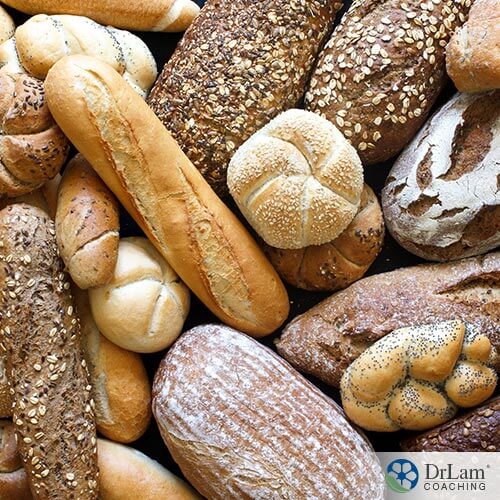 To eat gluten-free or not to eat gluten-free? An excellent question that requires thorough research to answer correctly. Although few studies have actually been conducted on the benefits of a gluten-free diet for the general public, a gluten-free diet is known to have a number of positive effects, including weight loss, improved gastrointestinal health, and overall wellness. However, for those who have celiac disease, a wheat allergy, or even Adrenal Fatigue, avoiding gluten could be a matter of life and death. Gluten-free diets have gained tremendous popularity as trends steadily move towards more natural and healthier lifestyles. However, regardless of your reasons, completely eliminating gluten from your diet requires a certain amount of knowledge.

Gluten is the general name for two proteins—gliadin and glutenin—commonly found in grains such as wheat, rye, and barley, as well as some other unexpected sources. Gluten is responsible for adding elasticity to dough and helps certain foods maintain their shape by acting like a glue.

For people with celiac disease, gluten is the primary cause of the illness and it has also been linked to allergies, food intolerances, and other serious health issues, including inflammation, gastrointestinal issues, and neurological symptoms.

It is estimated that the rate of gluten-derived celiac disease has gone up from one in every 650 people to one in every 100 people. Almost 30% of the American population experiences some type of gluten sensitivity—this estimate is probably on the low end since the condition continues to be extremely under-diagnosed.
One hypothesis as to why our body’s digestive systems have become so averse to gluten is related to the enormous quantities being consumed in the modern diet. Due to the high demand for wheat products, the industry has crossbred wheat with other proteins enabling it to be grown faster and resist environmental damage. Wheat is also often put through a variety of processes to make more water-soluble.

Just like everything else, the process of switching to a gluten-free diet becomes easier over time. And once you pass the initial phase, living a gluten-free lifestyle can be very beneficial.

The words “gluten” and “wheat” are often used incorrectly as interchangeable. However, they are not the same thing and it’s important to know the difference if you plan on making any major changes to your diet. In particular, if you suffer from an allergy or intolerance, knowing the difference between the two may help you avoid any unnecessary symptoms due to consuming the wrong foods.

Gluten is present in high doses in wheat, which is a primary food source in many societies, particularly Western cultures. The average daily Western diet is said to contain around 5 to 20 g of gluten. All foods that contain wheat also contain gluten, which is why people often mistakenly refer to a wheat allergy as a gluten allergy. But a wheat allergy is quite different. Whereas gluten is composed of only two proteins, almost 30 different potential allergens have been identified in wheat. Moreover, not all gluten comes from wheat. Therefore, it’s important to make yourself familiar with the both.

Healthy Options for a Gluten-Free Diet 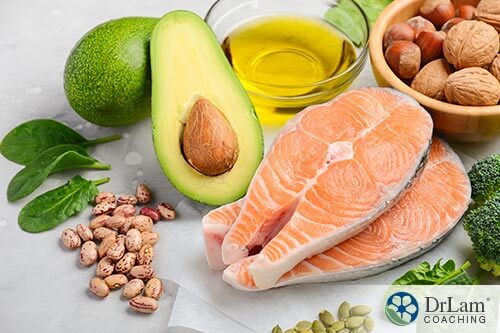 Many healthy gluten-free grains exist and can be eaten as alternatives to gluten-containing products. Grains including quinoa, amaranth, millet, teff, and buckwheat are both wheat and gluten-free and also contain an abundance of nutrients. In fact, amaranth is higher in minerals than most vegetables and quinoa is one of the most protein-rich foods, also containing a huge amount of fiber and minerals. These alternatives are extremely versatile and can be used as healthy substitutes in baking and cooking.

Many naturally gluten-free foods can be used as staples in a gluten-free diet, including:

The following list of grains, starches, and alternative flours are safe and can be included in a gluten-free diet:

Oats are also naturally gluten-free but are often cross contaminated when grown side-by-side with wheat, barley, or rye. People with a severe gluten allergy or intolerance should only consume oats and oat products from brands that have been certified as gluten-free.
Purchasing non-GMO and organic food is always the best option since this will ensure you’re not ingesting harmful toxins such as pesticides, herbicides, antibiotics, and growth hormones.

Foods To Avoid If You’re On a Gluten-Free Diet 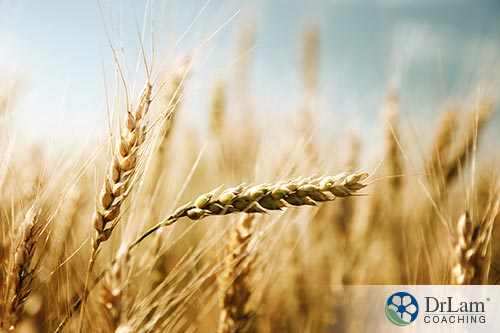 Gluten is a standard ingredient in a number of products and is often used as a thickening, binding, flavoring, and coloring agent. If you have committed to eating gluten-free, it's important to always read the label to determine whether a product is compatible with your diet.
Unless you see the words “gluten-free”, or “made from corn, rice, or soy” on the label, avoid the following:

Many wheat and gluten-containing ingredients are listed under different names. In addition, gluten is sometimes hidden in places you’d least expect it—lip balms, vitamins, and even toothpaste may contain traces of gluten. Natural flavorings are also difficult to define as gluten-free since it’s often unclear what a specific flavoring consists of and gluten is regularly included as a hidden ingredient. Becoming acquainted with these ingredients can make scanning labels much easier.

Is a Gluten-Free Diet Right for Someone Suffering with Adrenal Fatigue Syndrome?

For Adrenal Fatigue sufferers, good nutrition is critical to your recovery and to preventing further destruction of the adrenal glands. A gluten-free diet can help ensure you’re receiving high quality fuel to give you energy and strengthen your adrenal glands. It’s important to know what you can eat, or in this case, can’t eat. One of the food items to definitely cross off your list is wheat. Wheat has changed from what it once was and for those with heightened sensitivities or allergies, it’s no longer considered a safe food since too many compounds in wheat are now considered “foreign.” If you’re suffering from Adrenal Fatigue, you should consider eating a gluten-free diet. If this is a challenge, attempt to eat a wheat-free diet first and then consider adopting a gluten-free diet later on. Whatever you decide, be sure to consult a healthcare professional before making any big changes to your eating habits and always adopt them gradually. 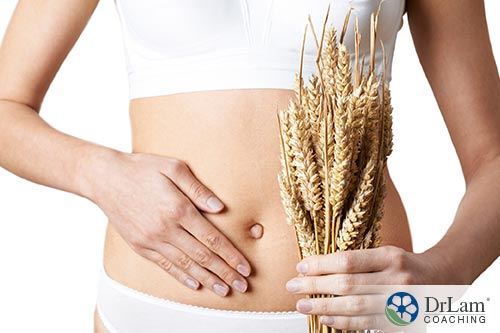 Most of the inflammation related to Adrenal Fatigue originates in the gut. When your body is low on energy, your digestive system slows down and food is kept in your gut a lot longer than necessary. This can irritate the digestive system resulting in the release of compounds causing inflammation. In this case, the adrenals are unable to produce enough cortisol to elicit the appropriate anti-inflammatory response. As inflammation increases, your body develops sensitivities to irritants such as allergens—unknown substances the body tries to fight off.

For most people, these substances are harmless, however, for those suffering from Adrenal Fatigue, allergens and foreign particles are considered a threat and trigger inflammatory and chemical responses.
For those in the Adrenal Fatigue recovery process, a wheat and gluten-free diet is a must as it puts less stress on your NEM response system allowing all of your organs to rest and heal.

Downside of a Gluten-Free Diet and Precautions

If you’re suffering from Adrenal Fatigue, extreme caution should always be taken when it comes to diet. If you remove gluten from your diet, consulting a doctor or dietitian is highly recommended to ensure you maintain well-balanced meals, since removing gluten will likely change your overall intake of nutrients and fiber. It’s important to replace wheat and gluten products with healthy alternatives.

In addition, many products labeled as gluten-free can vary quite significantly in nutrient levels compared to the original products they’re replacing. Many are higher in sugar, fat, and salt, therefore, a gluten-free diet is not always the best choice for everyone.

Wheat gluten is also used as a binding agent in many prescription drugs, over-the-counter medications, and dietary supplements. Talk to your doctor or pharmacist about any drugs you may be taking to find out if they contain gluten.

Although many products have a gluten-free label, not all gluten-free products are labeled. Labels should make their gluten-free claims under a third party validation system ensuring their commitment to containing less than 20 ppm of gluten—the recommended safe amount even for those with celiac disease.

In conclusion, the best way to ensure a truly gluten-free diet and optimal health is to keep your diet simple, organic, and fresh.

Is a gluten-free diet recommended for people with Adrenal Fatigue?

Specific nutritional requirements that must be followed to recover from Adrenal Fatigue and obtain optimal health. A gluten-free diet is highly recommended and can eliminate the added stress of digesting gluten. However, it has now been recognized that eliminating wheat is even more relevant to recovery.