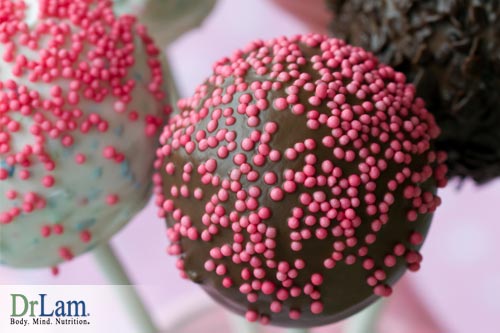 Researchers at the University of Adelaide School of Agriculture, Food, and Wine have discovered two crucial windows in child development when exposure to high-sugar, high-fat foods can impact a child’s taste preferences the most, especially in girls.

These latest findings show that it may be possible to reduce the risk of a child developing addiction to junk food during two specific windows, specifically late pregnancy and during adolescence.

Senior Research Fellow Dr Beverly Mühlhäusler from the FOODplus Research Center says it is during these windows that the brain grows most rapidly. During rapid growth, the brain is more vulnerable to being altered and manipulated than when it grows more slowly.

This research builds on earlier studies that found mothers who consume a lot of junk food during pregnancy have babies with stronger cravings for high fat, high sugar diets after they are weaned.

Dr. Gugusheff goes on to explain that the effects of a mother’s diet early in her pregnancy can be mitigated by eating a healthy diet later in pregnancy. This is particularly encouraging for mothers who experience strong cravings for junk food early in pregnancy, or find themselves eating a narrow range of foods due to first trimester morning sickness.

The second window when junk food cravings might be warded off is during adolescence, but this window makes less of a difference in teenage girls than teenage boys. Gugusheff explains that their findings show that a healthy diet during the teenage years can mitigate or even reverse junk food cravings in boys, but not necessarily in girls. 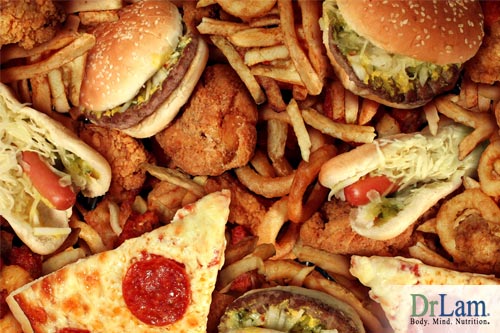 Scientists aren’t quite sure why some people crave junk food more strongly than others, but think that it could be the result of desensitizing the pathways in the brain that respond to opioids and dopamine, known as the reward system in the brain, with diets that are high in fat and sugar. Those who have reward systems that are less sensitive need to stimulate those pathways more strongly to get the same feelings as those with more sensitive reward systems. In the case of junk food, those who are less sensitive require more fat and sugar to get the same feeling from eating it than those who are more sensitive.

The researchers hope that this information will empower pregnant women to choose healthier diets by emphasizing the importance of diet during pregnancy to their children’s food preferences later in life.

Dr Beverly Mühlhäusler is optimistic that mothers will make better decisions about their diet during the most crucial times of pregnancy if the crucial window can be narrowed. She hopes that doctors will be able to offer more effective dietary interventions by targeting them to those times when they will make the most impact.

Pregnancy is a stressful time for even a healthy woman. The added stress of carrying and preparing for a new addition to the family can strain the adrenal glands. For a woman who is already suffering from adrenal fatigue, even in the early stages, pregnancy can only add to the problem. Following a diet designed to support the adrenal glands during pregnancy can help a pregnancy progress more smoothly, for both mother and baby. This study suggests that supporting the adrenals as much as possible during pregnancy may also offer some protection for the baby against adrenal fatigue later in life. An adrenal fatigue recovery diet will certainly minimize the amount of toxins in the baby’s bloodstream and tissue at birth, offering a healthier start. 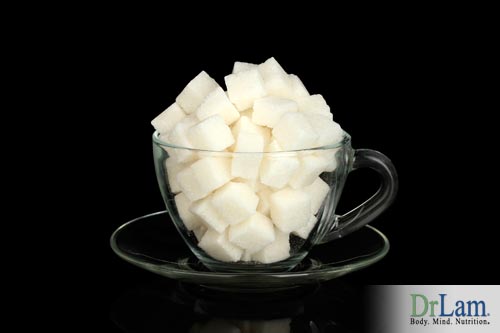 This research is especially interesting when we consider that an improper diet is one of the easiest stumbling blocks when recovering from adrenal fatigue. The proper adrenal support diet must be balanced in nutrition for the body to recovery smoothly, without bumps, setbacks and crashes.

Refined sugar is very common in processed foods in the modern world, and it is easy to reach for these convenient foods as they provide the quick sugar fix we crave and are designed to be tasty and addictive. Unfortunately, the rise of metabolic and cardiovascular diseases in the modern population is a testament to how effectively these foods have been designed.

The evidence from these studies suggests that it is even more important during the late pregnancy and adolescent periods to avoid falling prey to these temptations. If you succeed, it may be easier throughout life to stick to an adrenal support diet that can help keep your adrenals, as well as the rest of your body healthy.

What are the best steps to get your body ready to have a baby?

Lifestyle, diet, and stress management are important to get your body ready. Make sure you look into your adrenal health and see if that needs to be replenished. If you have AFS, plan for 6 months or more. The key is not to make mistakes that can make the body weak. Avoid the use of herbs and glandular unless necessary.

How do you differentiate between AF fatigue and Pregnancy Fatigue?

What supplements or nutrients are okay to take during pregnancy?