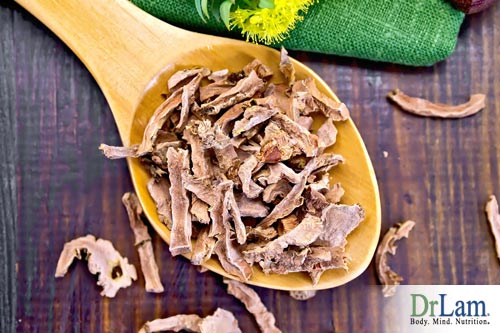 Adaptogenic herbs are nontoxic plant extracts that are helpful to stimulating the body's ability to fight the damaging effects of stress and regulate body function. Herbs with adaptogenic properties are widely encouraged for use in stimulating the body during Adrenal Fatigue. When your adrenal glands are continually stressed over time, they can start to fatigue and weaken, leading to a decrease in hormone production. This is adrenal fatigue. Rhodiola health benefits restore balance to your adrenal glands in early stages of Adrenal Fatigue Syndrome (AFS). When taking rhodiola in early AFS, you may feel that you have increased energy when before you were feeling exhausted, or you could feel unusually calm when before you were quite anxious. This energy, or the calm, is welcome when you have been living with fatigue for so long, but as time goes on the use of such a stimulating herb can actually be harmful, especially in the advanced stages of Adrenal Fatigue. These compounds can cause your recovery to fail due to addictive properties and even withdrawal symptoms, so you truly need to seek guidance and use caution with adaptogens.

Many have reported some success with the use of Rhodiola extract therapy for many ailments, such as AFS, clinical depression, mental fatigue, cancer, lowered immunity, and cardiac problems. Whether or not this herbal compound is right for your recovery depends on how and when you use it. Rhodiola is a strong adaptogen, requiring much caution in use, especially with AFS. In advanced stages of AFS, when the body is already exhausted of nutritional reserves, it is inadvisable to take supplements that may stimulate the adrenal glands. Doing so, would be like stepping on the gas pedal in a car that has no gasoline in it. Not only will you not get anywhere, it can actually hurt the car.

At high doses, the herbs can cause you to feel both wired (stimulated) and tired (fatigued) at the same time. This results in inability to sleep and hyper-irritability, making your fatigue worsen. When you stop taking the herbs, your body may experience rebound symptoms with undesirable side effects such as heart palpitation, abnormal blood pressure, anxiety, and extreme fatigue – even worse than the symptoms for which you started using the remedy.
Because of the possibility of severe side effects, it is imperative to receive good advice about how and when to take such herbs. Additionally, it should be noted that adaptogenic supplements be used during early Adrenal Fatigue. The more advanced the state of Adrenal Fatigue, the more potential complications may arise from these herbs.

Now, an experienced healer can offer excellent advice on the use of herbs such as Rhodiola to get the most of the desirable adaptogenic properties, and be able to determine what may be seemingly harmless to one sufferer, and absolutely toxic to another sufferer in the advanced stages of Adrenal Fatigue. Please use caution and carefully follow the advice of an expert in Adrenal Fatigue recovery when considering Rhodiola health benefits. 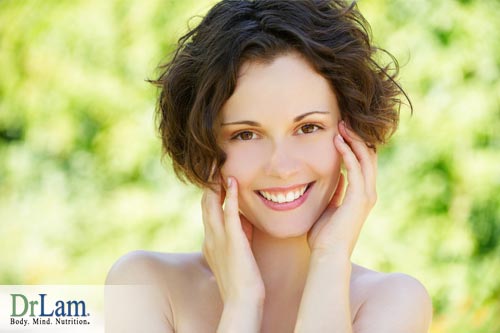 Worthy of note are the Rhodiola health benefits, because early fatigue sufferers can benefit greatly from its healing properties. Rhodiola health benefits are known to fight depression and allow the body to feel good enough to exercise with increased energy, therefore aiding in weight reduction and the body’s natural ability to release endorphins. Rhodiola can improve memory function, enhance immunity, and strengthen the nervous system.

Strengthening the nervous system is very important in the recovery from Adrenal Fatigue. When the adrenal glands, which are located on top of the kidneys, become fatigued, they can no longer produce, regulate, and secrete vital hormones. In fact, the adrenals are responsible for 50 different hormones, with Cortisol being its most important and well known. Cortisol is, produced by the body, to help you handle stress. When the adrenals are fatigued, your body’s natural ability to fight stress dissipates, and you begin to feel extreme exhaustion, lack of will to do much of anything, and the inability to handle even small amounts of stress. The natural production of Cortisol, which should be at its lowest levels at night when you need to sleep and highest levels when you awaken to help you handle the stress of starting your day, gets thrown off balance. This imbalance causes your body to attempt cortisol production at odd times, causing insomnia and irritability. Rhodiola, as an adaptogen, works to adapt to the abnormal levels of cortisol and help balance the body according to what it needs. This means that if cortisol levels are high, rhodiola will try and bring it down. If cortisol levels are low, rhodiolw will try and bring it up.

Rhodiola's Effect on the Hormone and Neuroaffective Circuit

When your adrenals are fatigued and cannot handle the stress, most of your body’s organs, systems, pathways, and chemical reactions jump in to aid in the fight. The whole body is designed to work as one fully functioning machine, so when one part is out of balance, the rest of the body steps up. This is known as the Neuroendometabolic Stress Response Model (NEM). There are six core clinical imbalances that arise from a dysregulation in the NEM Stress Response: Hormonal, Metabolic, Neuroaffective, Cardionomic, Inflammatory, and Detoxification. However we will only touch on 2 of these circuits because of its importance to Rhodiola.

The Hormonal pathway is regulated by the adrenals, thyroid and ovaries/testes. Fatigue, reduced libido, weight gain, hair loss, irregular menstruation, a feeling of being cold all of the time, and even infertility and miscarriage can occur when this response is not working properly. Hormone levels play a large part in controlling mood also, so Rhodiola’s role in trying to stimulate the adrenal’s output might have an effect on the stress response system.
The Neuroaffective pathway refers to the nervous system and is responsible for controlling anxiety and mood swings, depression and insomnia, anxiety and brain fog. These symptoms tend to worsen as stress increases. The neuroaffective pathway is mostly regulated by the Autonomic nervous system, brain, and gut, which is often referred to as the second brain. They balance mood, sleep, and cognition. 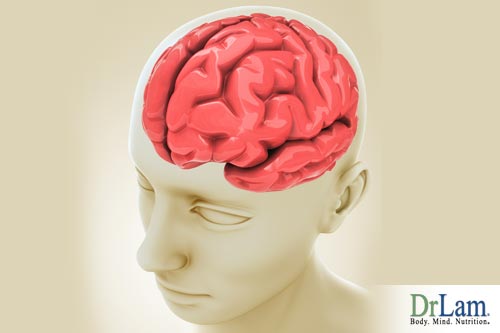 When the NEM response kicks in, neurotransmitters are released to different parts of the brain, where stress responses are initiated (mostly in the hypothalamus through the hormonal pathway), balancing our moods and keeping us alert to handle stress. This system also allows us to rest when needed. When the body senses stress the adrenals can’t handle, some neurotransmitters are regulated by the autonomic nervous system to act as hormones.

This part of the NEM Stress Response model can be balanced with the help of such herbal compounds such as Rhodiola extract in calming and balancing the nervous system. It has been evidenced that Rhodiola health benefits seem to enhance serotonin production as well as aid in the travel of tryptophan into the brain. Serotonin is the neurotransmitter that aids in regulating pain perception, smooth muscle contraction, appetite, blood pressure, behavior, and temperature. Mental state and perception of contentment are improved when serotonin is balanced. When imbalanced, even slightly, abnormal mental states can occur, such as depression. Rhodiola, therefore, has shown great clinical progress for depression.

Can Rhodiola health benefits be effective Adrenal Fatigue recovery? It can certainly be helpful in the early stages because the stimulating properties can aid in keeping you functioning enough to stay out of bed. In advanced stages of Adrenal Fatigue, everyday life can be nearly impossible to keep up with. The simplest tasks can be overwhelming, and your appetite for life may diminish. Once this happens, not only have you lost the ability to fight stress and illness, your body literally begins to shut down. Quite obviously, a person can become deeply depressed by this lack of will to do anything at all. Using Rhodiola health benefits in this setting can be a riskier, and you should consult with an experienced clinician before starting. Rhodiola can have a place in the aid in recovery from Adrenal Fatigue when used properly and at the right time.

When using Rhodiola health benefits for AFS, it can be easy to fall into a false sense of healing, as the strong adaptogen works quickly to provide a stimulating effect on your energy level, much like a jolt of caffeine. You feel better quickly and have an interest in exercise and everyday activities. You may lose some excess weight and generally feel less depressed and/or anxious. The problem is that the effect wears off, leaving you wanting more because that energy feels so good after you’ve been fatigued for so long. You can quickly become addicted to this feeling while your body becomes tolerant of the supplement and, before you know it, you’re making your condition worse. It is vital to make sure that you have sufficient nutritional reserve in your body to create the necessary hormones when your body and adrenals are stimulated. 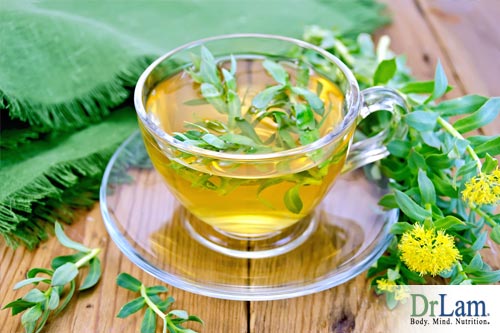 Taking Rhodiola under a therapist’s watchful eye is fine and has excellent health benefits in the early stages of AFS. In fact, using this supplement can give you a boost of motivation to incorporate other methods for your recovery. Once you have achieved balance in your body’s organs, systems, pathways, and chemical reactions, you will no longer have a need for the adaptogen. It is when a fatigue sufferer only takes a strong adaptogen, like Rhodiola, without guidance or a long term plan, or unknowingly takes it with other herbal supplements that have adaptogenic properties, that we see the problems of tolerance, and finally withdrawal complicate the condition further. As the Adrenal Fatigue worsens, sufferers can quickly find themselves in an advanced state of fatigue, without realizing it, because they have been covering the symptoms with the brief relief of the adaptogen.

Rhodiola can be effective in early stages of AFS under the care of an experienced therapist who is familiar with treating Adrenal Fatigue and fully understands both the health benefits and potential side effects of this herbal remedy.