Sugar and Alzheimer's: The Surprising Link 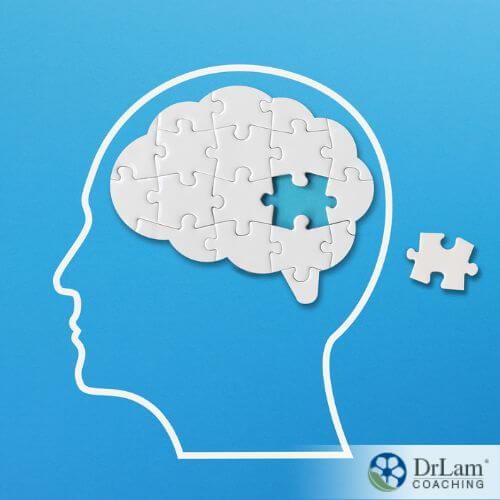 From weight gain to cardiovascular diseases, diabetes, and even psychological disorders, the harmful effects of sugar can be surprisingly severe. Sugar is everywhere and affects everyone who consumes it. Research shows that sugar can even accelerate the progression of Alzheimer's in those who already have a predisposition to the disease. Here's what you need to know to determine how risky the link between sugar and Alzheimer's is for you.

You can't function at your best without a constant supply of blood sugar, and the same is true for your brain. But because of the continuous bombardment of sugar-rich foods, such as candy, cakes, ice cream, sodas, and energy drinks, the brain becomes desensitized to them, leading to Alzheimer's.

What Kind of Sugar Are We Talking About?

Sugar is a carbohydrate type and an organic compound made of carbon, hydrogen, and oxygen. Glucose from sugar is converted into energy and used by nearly every cell in your body. Your body can convert glucose into other sugars like fructose, galactose, and maltose. These naturally occurring sugars are also found in foods like milk, fruits, vegetables, and grains. But there are also added sugars put into our foods by the manufacturers.

We all know that too much sugar is bad for us. Added sugars are not good for us either because they have no nutritional value. This doesn't mean that sugar is always bad - just that you should consume it in moderation.

How Sugar Can Affect Your Health

A high intake of sugar can affect your health negatively in three ways:

Regularly consuming excessive amounts of sugar can increase your risk for several severe health conditions, such as tooth decay, obesity, heart disease, and type 2 diabetes. Furthermore, excessive sugar intake during childhood can increase the risk of severe health issues later in life. Most adults' recommended daily sugar information is no more than 10% of your daily calories.

Too much sugar can also lead to blood sugar spikes and crashes and systemic inflammation that affects your mood. The result can be various mental health issues, including depression, anxiety, irritation, and high levels of stress hormones.

Sugar is very addictive. Addiction symptoms may include experiencing a desire to eat sugary foods more than your body needs, eating more than you intended, and feeling unable to stop eating sugar. Sugar addiction may also cause physical symptoms, such as headaches, exhaustion, and even further sugar cravings.

How Alzheimer's Affects the Body

Alzheimer's disease is a progressive, degenerative disorder that affects the brain. It causes difficulties with memory, thinking, and behavior. Alzheimer's disease also causes problems with language, vision, and hearing, leading to loss of balance and coordination. People with Alzheimer's may experience changes in mood, difficulty completing daily tasks, or changes in interests. 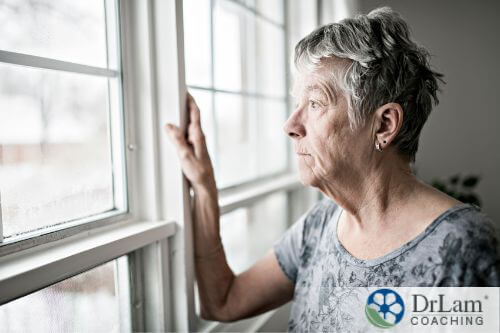 As the disease progresses, symptoms may become more severe. Alzheimer's is a disease that affects everyone differently. Symptoms may be less severe in some people or appear at different times than in others. There is no cure for Alzheimer's, but research and early detection are crucial to improving the quality of life for people with the disease. Medications and other therapies can help slow the progression. A healthy lifestyle may also help prevent Alzheimer's.

If you or someone you know is experiencing memory loss, it is essential to see a doctor immediately. Early detection of Alzheimer's can help improve the quality of life for people with the disease. Knowing the connection between sugar and Alzheimer's is important as many studies have supported this connection.

The symptoms of Alzheimer's are related to changes in the brain that happen over time. The following are the factors that may cause these changes that could lead to Alzheimer's:

Age-related changes in the brain

As people age, their brains begin to shrink and lose mass. This process occurs naturally as part of the aging process and does not cause Alzheimer's disease. However, scientists do not know whether these changes make a person more likely to develop Alzheimer's later.

Studies have shown that people with heart problems related to diabetes, high blood pressure, or high cholesterol may develop Alzheimer's earlier. This may be related to blood flow to the brain.

People who experience depression may have a higher risk of developing Alzheimer's because the disease and depression share specific symptoms. Some experts believe that people with Alzheimer's have an underlying depression that causes their dementia symptoms. One of the main reasons is the connection between sugar and Alzheimer's disease, which leads to elevated cortisol levels.

Eating sugar may seem like the most harmless thing you can do, but it's not. There are many ways that your brain is negatively affected by a high sugar intake. 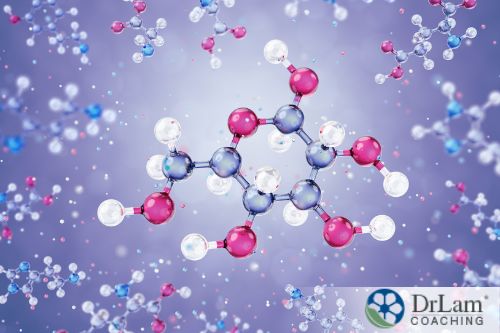 Scientists have found a link between the severity of Alzheimer's and brain abnormalities in the breakdown of glucose. The 2017 study by lead researcher Madhav Thambisetty, M.D., Ph.D, was supported by the National Institute on Aging.

The study focused on three groups of participants in the Baltimore Longitudinal Study of Aging (BLSA), a long-running study on aging. These three groups were: individuals with Alzheimer's symptoms who later died and had confirmed evidence of plaques in their brains; healthy controls; and people who exhibited no signs during life but whose post-mortem studies revealed significant levels of plaques or tangles. Researchers took glucose measurements from different brain areas, like the frontal and temporal cortex regions vulnerable to Alzheimer's disease.

Researchers found a connection between the glycolysis process, the primary way the brain breaks down glucose, and the severity of beta-amyloid plaque accumulation in the brain. People who exhibited more severe symptoms had higher brain glucose levels, less glycolysis, and more plaques. This reduction in brain glycolysis - and thereby higher levels of glucose in the brain -were also connected to people who had more serious symptoms of Alzheimer's disease, such as problems retaining memories. Those with lower brain-glucose levels had less severe symptoms, although they may have had similar levels of plaques.

The mechanism appeared to be related to enzymes controlling these key glycolysis steps, which were lower in Alzheimer’s cases than in normal brain tissue samples. That enzyme activity was associated with more severe Alzheimer’s symptoms.

The team also measured the rates of GLUT3, a glucose transporter protein. They found that GLUT3 levels are lower in brains with Alzheimer’s pathology, which corresponds to the severity of tangles and plaques.

Rush University Medical Center in Illinois found abnormalities in glucose metabolism in Alzheimer's disease, including the progressive decrease of glucose utilization by the cortex and reduced expression and binding of insulin receptors. It means the brains of people with Alzheimer's have a lowered ability to use sugar.

All sugars share a similar chemical structure. Monosaccharides like fructose or blood sugar and disaccharides like lactose or sucrose all have the same components in different arrangements. Most sugars convert to glucose in the body, regulated by insulin. GLUT4 is a protein, highly expressed in the hippocampus involved with memory, that also helps regulate glucose.

The Rush study found that people in the fifth quintile of sugar consumption had a 1.18-2.87 times higher risk for Alzheimer's disease than those in the first quintile. This finding paralleled the results of other studies on the intake of sugary beverages.

Increased insulin resistance is another result of the relationship between sugar and Alzheimer's. When insulin isn't balanced correctly in the body, cells don't get enough glucose, and they starve to death. This can lead to cognitive impairment, including problems with memory, understanding, thinking, and judgment - things you need for daily life.

How to Help People with Alzheimer's

Alzheimer's has no cure. But there are ways to help reduce the risk of developing Alzheimer's and slow its progression.

You can help reduce your risk of developing Alzheimer's by cutting back on sugar intake. Researchers have linked sugar and Alzheimer’s. So by reducing your sugar intake, you'll be helping to protect your brain.

Another way to help slow down the progression of dementia is through physical activity such as walking at least three times a week for an hour each time.

Alzheimer's is a disease that makes it difficult to develop skills or remember directions. It's essential to be patient with someone who is dealing with Alzheimer's.

One common problem that may lead to increased Alzheimer's risk is chronic stress. Your body releases more cortisol with increased stress. Cortisol is the primary hormone released by your adrenals to fight off stress. When you're no longer stressed, your cortisol levels should return to normal. However, chronic stress demands continual releasing it all of the time. That's when Adrenal Fatigue Syndrome (AFS) can occur. 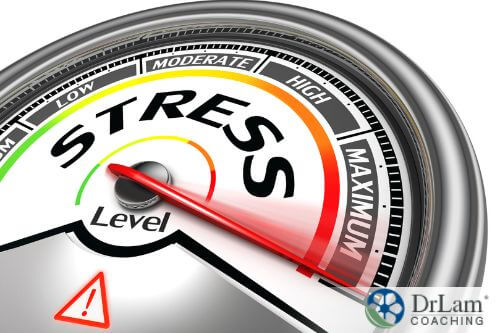 In some cases, changes made to brain functions and structures are seen as soon as one month following stressful situations or extended periods of work or school without any breaks. This is due to the high levels of cortisol that lead to a change in cell functions in the hippocampus. It can also cause oxidative stress, where excess amounts of calcium ions cause mitochondrial damage.

Researchers have found that people chronically exposed to cortisol seem to be at a greater risk of Alzheimer's. Associated dysfunction includes disruption of attention mediated by the hippocampus and loss of short-term memory coupled with mild cognitive impairment.

How Sugar Affects Your Neuroaffect Circuit

The Neuroaffect Circuit is the part of the NeuroEndoMetabolic Stress Response System most involved in Alzheimer's. It utilizes the microbiome, your brain, and the autonomic nervous system in responding to stress. Many neurotransmitters, which communicate between your cells, are created in your gut.

Stress comes with many physical changes to the brain. For example, chronic stress leads to a loss of gray matter in the medial prefrontal cortex. This is due to a loss of dendrites and synapses. Stress also has a significant impact on neurodegeneration.

Sugar and Alzheimer's are both linked to insulin production and cortisol metabolism. Both are also connected to hormones and neurotransmitters involved in maintaining your body's reaction to stressors. Acetylcholine is the neurotransmitter involved in learning processes and memory retention. People with high insulin levels have a high risk of developing cognitive issues due to decreased acetylcholine production. This is especially true if they also have diabetes.

There is definitely a link between sugar and Alzheimer's. This can lead to amyloid plaque buildup in the brain that impairs cognitive function and can cause significant problems with memory and judgment. If you want to protect yourself against Alzheimer's disease, you should limit your sugar intake.

It's always a good idea to discuss major diet changes with your healthcare practitioner, who will help you make these changes safely and gradually with your other dietary needs in mind.

The team at Dr. Lam Coaching can help if you are looking for more information on how stress and diet can affect cognitive decline. We offer a free** no-obligation phone consultation which will discuss your symptoms privately over the phone at +1-626-571-1234 or through our Ask The Doctor system.

What evidence is there for connection between sugar and Alzheimer's?