Signs and Symptoms: Needing Coffee in the Morning

Coffee in the Morning A Health Warning: Here's Why... 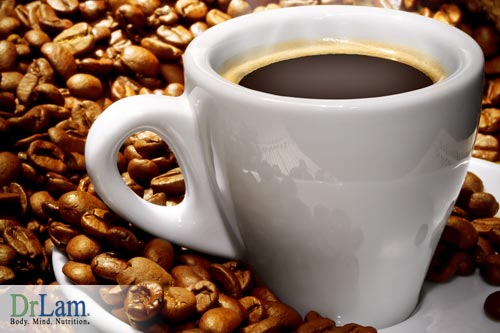 On any given day, there are enough coffee jokes on Facebook to fill an entire book, but needing coffee in the morning to keep you going throughout the day is really no laughing matter. There are a lot of difference between enjoying a morning cup of joe, and relying on coffee in the morning, or other stimulants, as a crutch to make it through your day. Significant stress, along with dependence on caffeine, could be an indicator of a health condition that is making you so fatigued, that it is difficult, if not impossible, to meet all the responsibilities that you are confronted with each day.

How Stress and Caffeine Negatively Affect the Body

In the modern world, stress is a predictable part of life; but it can seriously compromise your health and wellbeing when it is chronic and unyielding. The body’s response to stress, whether physical or mental, is regulated through the neuroendocrine metabolic (NEM) system. This system includes a number of organs, and systems, that mediate a huge variety of bodily functions: everything from sex drive to energy levels. One primary structure is the hypothalamic-pituitary-adrenal (HPA) hormonal axis, whose job it is to mediate stress by releasing several different hormones, including cortisol.

Cortisol not only acts to initiate a heightened arousal state within the body, it also regulates the production of other hormones. The release of cortisol is intended to be an emergency response to prime the body for immediate action in stressful situations. However, many people have to navigate a day filled with both physical and mental stressors that cause cortisol production to be ongoing. Eventually, the adrenal glands that release the cortisol will wear out, or run out of the necessary nutrients to make the necessary hormones, and be unable to meet the body’s continual energy needs. This is when adrenal fatigue sets in.

Cortisol is normally highest during the day, and slowly decreases through the day, with lowest levels at night before going to sleep. However, when the adrenals are weak, cortisol levels in the morning tend to be low. This results in difficulty waking up, feeling groggy, and having low energy in the mornings. Coffee in the morning is a good way to stimulate your body and jump start the day, due to its caffeine content. However, continued use of caffeine to stimulate the body can eventually drain the adrenals and the body of any nutritional reserve, worsening your adrenal fatigue, ultimately resulting in more tiredness and listlessness. It is a vicious cycle of increasing and decreasing cortisol levels that wreaks havoc on both the physical and mental state of the body.

If you already drink coffee in the morning on a daily basis, do not abruptly stop as the body may have become reliant on the daily stimulation. Instead, wean off slowly if possible. A drop in energy may be felt when weaning off due to decreased stimulation in your body.

What are the Long-Term Effects of Adrenal Fatigue? 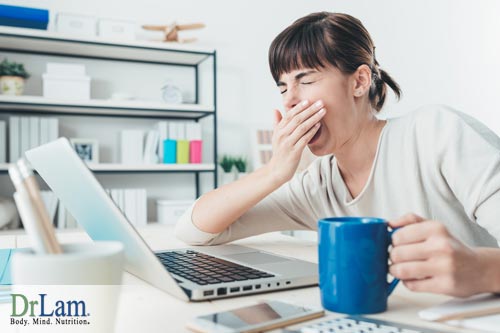 There are a number of serious health concerns that can occur as the result of adrenal fatigue. In the initial stages, that may include:

Adrenal Fatigue is a condition that is not always recognized or understood by traditional medical professionals. Perhaps that is due to the fact that adrenal fatigue and adrenal dysregulation can occur even when lab values appear normal, because cortisol release fluctuates significantly throughout the day. Additionally, the symptoms may be similar to other clinical conditions, such as depression, hypothyroidism, or diabetes, which can thus cause a great deal of confusion in trying to confirm the presence of adrenal fatigue. Often, physicians and other health professionals place a great deal of emphasis on lab values and other quantifiable measures in order to determine what is going wrong with a patient; they fail to look at the whole picture, particularly with regard to stress and its effect on the body.

Fortunately, however, there are many medical professionals who use a functional approach to making a determination regarding stress-related conditions that affect overall wellness. This approach, The NeuroEndoMetabolic Stress Response model (NEM), relies on looking at how entire organ systems function together and the resultant deficits that can occur when these systems are not working correctly. Rather than treat individual symptoms, this model encourages practitioners to determine what all the symptoms may mean when viewed together. This holistic approach provides a more comprehensive picture of overall health and can potentially identify all the factors that can affect well being, including the emotional, physical and psychological.

Mediating the Effects of Adrenal Fatigue 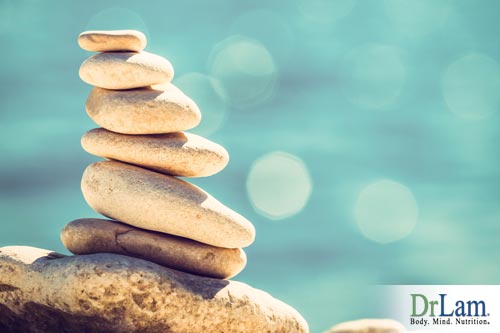 Despite the debate regarding adrenal fatigue as a medical condition, there are many ways to combat this problem that will both alleviate the stress effects and improve overall health as well. As with many medical problems, one of the first avenues of defense is through diet and exercise. The key is to restore balance to the body, through natural, rather than artificial means, like caffeine.

What you eat is very important, but timing when you eat is important as well. Cortisol levels naturally rise early in the morning, and continue to fluctuate throughout the day. At night, levels drop lower to prepare the body to rest. Allowing your body to go for prolonged periods without food taxes the adrenal system, and thus cortisol production, so eating timely meals is important. Eating a heavier meal in the morning that is rich in protein will also help maintain cortisol levels throughout the day. Eat lighter meals in the evening to decrease cortisol production.

Also avoid using caffeine and sugar for energy boosts. The inevitable crash that occurs when the sugar or caffeine energy is depleted makes the cortisol have to work that much harder, which ultimately ends in more fatigue and irritability. Eating a lean protein at each meal, and/or snack time, will keep the body in balance much more effectively.

Salt cravings may be a part of the symptomatology of adrenal fatigue as well. This is due to a reduction in the hormone, aldosterone, which has an inverse relationship with cortisol. When cortisol is high, aldosterone is low, but it also fluctuates throughout the day. Chronically low levels of this hormone can affect electrolytes and consuming salt is one way to help restore this balance.

Getting enough of the right kind of exercise is very important as well. To take advantage of the release of cortisol, more intense exercises should be done in the morning or early afternoon when cortisol levels peak. Lighter exercises like walking, yoga or stretching should be done in the evenings. If adrenal fatigue is severe, any exercise at all may be too strenuous and stressful on the body and you should be careful.

As with any medical condition, it is advisable to discuss specific options with your medical provider before making any drastic changes. However, using diet and exercise is generally a safe and effective way to not only recover from adrenal fatigue symptoms, but promote overall health as well. Though you might think that you need coffee in the morning to get through the day, it’s important to find the root cause of the fatigue rather than mask the tiredness with a stimulant that could make the situation worse in the long run.