Home > Blog > Adrenal Health > Should You Be Avoiding Healthy Foods? It May be Good for Your Health

Should You Be Avoiding Healthy Foods? It May be Good for Your Health

Obviously, you shouldn't actually be avoiding healthy foods, but there are some “health foods” that aren't all that healthy; some may even be very toxic to your health. In fact, some of these “healthy” foods constantly trigger the bodies immune system, which can lead to chronic inflammation. This is just the grounds Adrenal Fatigue Syndrome (AFS) needs to develop. Let's take a look at the 16 most dangerous foods that are thought to be healthy, and consider their impact on the AFS and Neuroendometabolic (NEM) system; the last one may really surprise you.

Avoiding Healthy Foods and Their Role in AFS

What are AFS and the NEM system? 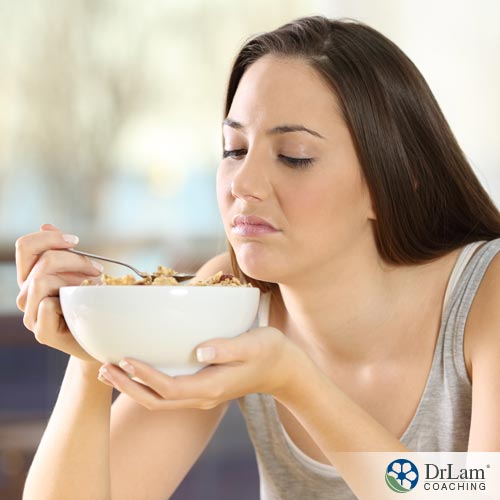 AFS itself is expedited by consistent worry from the condition of your environment, and your internal well-being. The adrenal framework is accountable for the "fight or flight" response, which has evolved to keep you away from danger, by creating hormones like adrenaline and cortisol. In any case, chronic stress taxes the adrenal organs and can prompt AFS as a result of a wear out of the adrenal organs, and if left unchecked, can cause dysfunctions in other parts of the NEM system.

Why avoiding healthy foods may be healthy.

Health crazes come and go, almost every week there is some new superfood or a healthy alternative to add to our diets. These foods, however, are not often tested and may not be what we first think. Unfortunately, it often takes years for people to figure out which foods aren’t actually healthy. Avoiding so-called healthy foods which actually have many negative impacts on the body can be beneficial to your health, and could alleviate the work required by your adrenal glands and the NEM system as a whole.

Many of the foods on this list cause inflammation, irritation and can stress the body in many different ways. Avoiding these foods can lead to a less stressed NEM system allowing you to live a happier, healthier, more energetic life.

You Should Be Avoiding Healthy Foods, That is on This List: 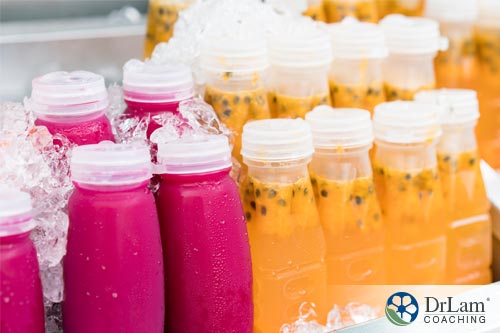 Yes, occasional juice can certainly be beneficial, but too much fruit juice can be harmful. Consuming an 8-ounce glass of orange juice is the equivalent of eating 4 oranges worth of sugar in moments. This puts parts of your NEM system, particularly the pancreas and liver in stress, as well as spiking blood sugar. This process day after day can really cause a lot of stress on the body.

I know this one hurts because we always thought sushi was a healthy alternative, and in some ways it still is. However many varieties of sushi are not a low-calorie food. Those tiny rolls may not look like much, but in fact, they are much bigger than they appear. Just one California roll, just one, has as much imitation crab as two sandwiches.

You may then opt for the vegetable tempura, but that is another calorie packed order. A typical order of vegetable tempura can have 1,600 calories and 60% of those are from fat. Crazy right?

To avoid packing on the calories at the sushi bar,

With fewer calories than chips, and a simple ingredient list it can seem like pretzels are a healthy alternative. While it is true there isn't nearly as many calories or fat, there isn't much else either. Pretzels hold almost no nutritional value, but still, require your body’s work to digest them.

In studies, daily use of artificial sweeteners in diet soda has been linked to a 67% increased risk of being diagnosed with type 2 diabetes. Yes, that's right, “diet soda” has been found to increase the risk of acquiring type 2 diabetes.

And that is not all, these sweeteners are clinically linked to:

Commonly found in sugar-free gum and sugar-free baked goods, sugar alcohols like xylitol, erythritol and others may not be the healthiest foods you thought they were. Though not as harmful as artificial sweeteners, these sugars have been linked to Small Intestine Bacterial Overgrowth (SIBO), headaches, allergies, gas, rashes and bloating. Though likely not quite as harmful as artificial sweeteners, they are certainly something to consider avoiding.

Instead: Try Stevia, raw honey or monk fruit. In moderation of course. 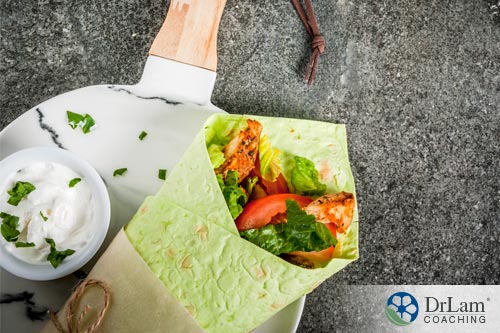 Avoiding healthy foods may seem silly until you realize just how many ways you as a consumer have been tricked. Spinach pasta and spinach wraps may seem like a healthy alternative to whole wheat wraps, but in reality, there is little to no difference between the two. It’s not that spinach pasta and wraps aren't healthy, it's that they are no healthier than their whole wheat cousins.

Farm raised fish, like salmon, is not nearly as healthy as their wild-caught counterparts. Not only are chemicals often added to help them retain their color, farm-raised fish is devastating for the environment. Farm raised fish also contains much less fatty acid and nutrients than wild caught fish.

In October of 2016, a study found that levels of omega-3 in farmed raised salmon was half of what it was 5 years prior. Much of this had to do with the decreased anchovy content of their food.

The University of New York in Albany found that environmental pollutants, dioxin, in particular, were found at levels 11 times higher than levels in wild-caught salmon.

A Food and Water Watch aquaculture report in 2011 noted several concerning statistics. Hundreds of thousands of farm-raised fish make it out into the wild. It's not just the fish that are escaping either, these fish carry with them parasitic “super lice” which are not killed by even the harshest chemicals. It's not just the lice either, they carry with them diseases that nearby fish populations cannot endure.

In 2015, the FDA approved the sale of genetically engineered salmon, and sellers of this fish are not required to label them. Approval was granted despite the fact that the salmon did not grow as fast as the creator had claimed.

Canola oil is a popular alternative to vegetable oil. Not only is it cheap but most people believe it’s a healthy choice. However, canola should come with a trigger warning for AFS, because it is a well-known inflammatory, with several side effects.

Though it was originally thought that margarine made a healthy low saturated fat alternative to butter, we have known for some time this is not actually true. Though low in saturated fats, margarine is still made with other fats that may not be good. Originally margarine was made with trans fats, but this changed when trans fats became illegal. Though these fats are now banned, margarine is still made with highly processed fats, that are likely just as bad, if not worse, than the saturated fats they were designed to replace. This is a great example for avoiding healthy foods. 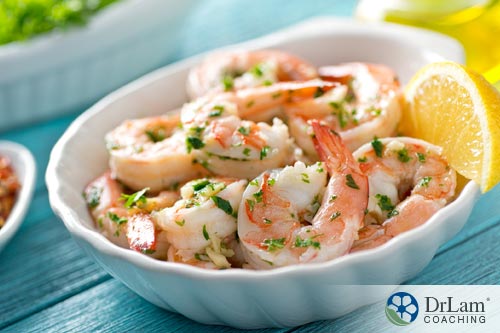 Aptly called the cockroach of the sea are not the ocean treasure they were long thought to be.

Shrimps do not retain that gorgeous pink color naturally, so a food additive called 4-hexylresorcinol is added. This additive has estrogen-like effects that could not only increase the risk of breast cancer in women but reduce sperm counts in men.

As if that were not enough, the water they are raised in is treated with neurotoxic pesticides, which are linked to tremors, memory loss and symptoms of ADHD.

Farm ponds where shrimp are raised are often shocked with hormone distributing chemicals that mimic estrogen. These chemicals have been dubbed “estrogen” because they have been found to mess up the body’s hormone system so badly it can predispose someone to obesity, whether they eat well or not.

We all know the dangers of raw or undercooked meat, but did you know overcooked meat can be harmful too? Cooking meat at very high temperatures creates a compound called heterocyclic amines (HCA's); these cancer-causing agents are also found in cigarette smoke. Meat that is well done has 3.5x more HCA that meat cooked medium rare.

Beans are high in fiber and are certainly a healthy food, but baked beans are loaded with calories. This sweet dish is loaded with sugar, syrup, and fat making the once healthy bean a tempting food with an unnecessary number of calories.

Terms like “7 grain”, or “multigrain” are often used to make bread seem healthier, but in reality, the grains used in the bread are still refined. Refined grains lack the fiber of whole grains and can also cause your blood pressure to spike, which fuels cravings. Eating refined grains is a shock to your system and can cause stress on your NEM system. Any extra stress is worth avoiding, and for these reasons “wheat” bread has been added to this list of avoiding healthy foods. Be sure to choose “whole grain” options.

This supplement has risen in popularity over the years as a weight loss supplement. This fruit can interact with medications, however, and worst of all it has been shown to cause liver failure. Perhaps it will help you lose weight, but may be too dangerous to safely use.

Unless it is enriched, rice milk, much like pretzels is devoid of any nutrients and high in carbohydrates. So while not high in anything that is bad for you, it doesn't have much to offer. 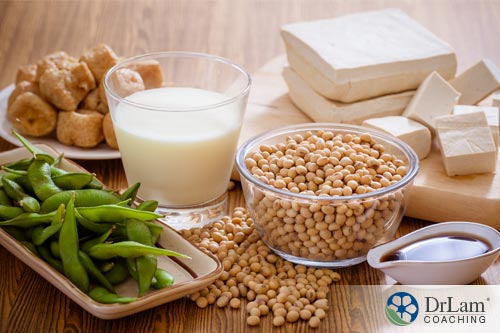 Soy products are touted as a healthy alternative to dairy, and meat, but may actually be more harmful than either. Most soy is genetically modified (GM) to tolerate more herbicides, and though GM vegetables may or may not be harmful on their own, the extra roundup you will be eating definitely is.

Even if the soy you are eating is non-GMO there are still compounds in soy that are thought to be harmful, and really put your entire NEM system to the test. Soy naturally contains protease enzyme inhibitors, which interfere with your body’s ability to digest the protein in soy and cause unnecessary stress on organs responsible for producing the extra enzymes required to digest it.

But wait there's more; soy contains phytoestrogens (PE), which though much weaker than human estrogen, can still have an impact on the body. Soy PE intake has been linked with a three-fold increased risk of developing worsening hypothyroid conditions. The thyroid is responsible for maintaining many systems in the body including heart rate, metabolism and body temperature. When the thyroid suffers it impacts nearly every part of the NEM system and can certainly lead to an increased risk AFS.

Use this list to remember how avoiding healthy foods may actually help you live a healthier life. This list will not only help you avoid AFS, it may also help your whole body’s health. Remember to eat a varied balanced meal, and avoid relying too much on any one food. Your NEM system will greatly benefit from these practices.

Could avoiding healthy foods could improve your health?

We are constantly bombarded with the latest health food trends. But sometimes avoiding healthy foods may ironically be the best thing you could do for your health. Many of these “health foods” may surprise you, and some of them have concerning side effects you may not be aware of.