Serotonin-Boosting Foods To Improve Your Mood 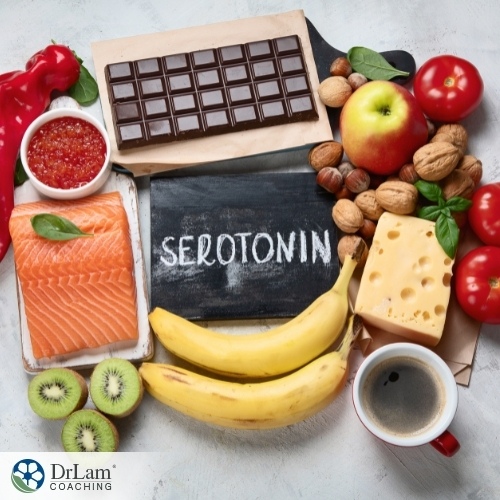 Serotonin is a chemical messenger or a neurotransmitter. It's commonly referred to as a ‘feel-good’ hormone, is involved in many different body processes.  Serotonin is made from the essential amino acid tryptophan that's commonly found in certain foods. So let's discover how you can help regulate your serotonin levels by consuming serotonin-boosting foods.

The Benefits Of Serotonin-Boosting Foods

Serotonin plays an important role in many body functions. Found mainly in your digestive system, you also find serotonin in your blood platelets and central nervous system.

Besides mental health, which will be looked at separately, serotonin also plays a role in the following body functions:

Serotonin-boosting foods may help those suffering from mental health issues relating to lower levels of this neurotransmitter. This is because normal serotonin levels keep you calm, focused, and emotionally stable.

Serotonin is produced from an amino acid called tryptophan. Unfortunately, your body cannot make this amino acid. You can only get it from the foods you eat.

Adding foods to your diet rich in tryptophan enables your body to regulate its serotonin production. In so doing, you help balance your mental health as well as the body functions that need serotonin to keep them in a state of balance.

Your Neuroaffect Circuit forms part of your body’s NeuroEndoMetabolic (NEM) stress response and consists of your brain, autonomic nervous system, and microbiome. Together, these three components use neurotransmitters like serotonin as a means of communication. When you suffer from low serotonin levels, then the Neuroaffect Circuit becomes dysregulated. This leads to other circuits of the NEM stress response becoming unbalanced and worsening symptoms.

The Role Of Serotonin

Starting in your brain, your autonomic nervous system deals with stress and activates your fight or flight response. This response, accompanied by an increase in cortisol production in the adrenal glands, increases your heart rate and blood pressure while putting your muscles into an alert mode to deal with the situation. At the same time, other body processes slow down or stop. This includes the manufacture of some hormones, including serotonin.

While a drop in serotonin production for a short period is fine, continued stress sees different body components needing serotonin becoming affected. This includes your sleep pattern. Too little serotonin may thus lead to sleep disturbances like insomnia. Your body needs sufficient sleep to heal itself, so too little sleep may contribute towards various health issues.

Lower serotonin production may also lead to various mood issues, as previously mentioned. This is because your brain uses this neurotransmitter as a means of communication not only to other parts of your body but to the different brain components as well as helping to balance other chemical messengers.

Such a chemical imbalance may increase stress, lead to bowel dysfunctions, and also poor dietary choices that encourage obesity. Serotonin-boosting foods may help address this imbalance.

Interestingly, your gut carries the highest serotonin levels under normal conditions. Yet, when impacted by stress, your gut may see a change in intestinal flora that could lead to leaky gut syndrome whereby toxins are allowed through the gut lining into your bloodstream. This could trigger an immune response and inflammation resulting in many physical and mental health issues. Remember, serotonin plays a role in gut health, so the reduction in serotonin could negatively impact gut health and contribute towards a leaky gut. 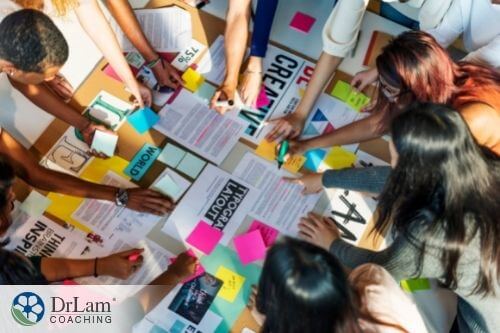 Many psychological symptoms and disorders accompany lower serotonin levels. These include:

Besides these, people with lower serotonin levels may also develop a craving for carbohydrates, and suffer from fatigue, nausea, weight gain, and gastrointestinal issues.

If showing signs of any of the above issues, serotonin-boosting foods may prove part of the solution.

Remember, following a diet low in serotonin-boosting foods may cause lower serotonin levels. Sometimes, however, this state affairs may result from other causes that include:

Serotonin-Boosting Foods To Consider Adding To Your Diet

Interestingly, most of your body’s serotonin is produced in your gut, with a small amount manufactured in the brain. But tryptophan, to reach your brain and create serotonin, relies on carbohydrates to do so. This thus very clearly shows that, to a large extent, your brain health has a close relationship with gut health.

Essentially, your body needs both carbohydrates and foods rich in tryptophan to produce and meet your body’s serotonin needs.

The following serotonin-boosting foods have the carbohydrates, vitamins, omega-3 fatty acids, and tryptophan your body needs for adequate serotonin production.

A single egg contains only 75 calories but is high in protein. It also contains very little fat along with a good amount of iron, vitamins, carotenoids, and tryptophan. The vitamins found in eggs include vitamin A, vitamin B2, vitamin B5, and vitamin B12. Eggs also have decent amounts of vitamins B6, D, E, and K, as well as calcium and zinc.

Vitamins B6 and B12 especially promote serotonin production.

Please take note of your method of preparation, however. A boiled egg, for example, is a healthier choice than a fried egg.

Fruits and vegetables are considered among the serotonin-boosting foods. They include leafy green vegetables like spinach, which is also high in iron, broccoli, watercress, peas, mushrooms, pineapple, plums, banana, kiwi fruit, and tomatoes. They also contain various quantities of carbohydrates that your body needs for energy and, of course, helping with the production of serotonin. 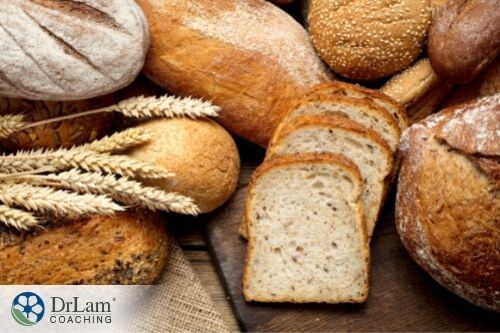 Whole grains are a healthy carbohydrate choice. Great options to choose from include brown rice, quinoa, and oats.

A good protein option for both vegans and vegetarians, soy products like soya milk and tofu contain high quantities of tryptophan to help with serotonin production.

Although seeds like chia or pumpkin seeds do not contain as much tryptophan as lean poultry or fish, they do have a good amount that may help non-meat eaters increase their serotonin production. Besides eating them as a snack, you could also incorporate them into your diet via bread, added to your yogurt or cereal, or simply sprinkling them over your salad.

Besides tryptophan, milk is also a great source of fat, protein, and minerals. You could also opt for cheese, yogurt, or other milk-derived foods. Please do remember, though, that a low-fat option could prove a healthier choice, especially in those watching their intake of saturated fats.

Determining Whether You Have Low Serotonin Levels

To a large extent, healthcare professionals tend to rely on your symptoms when determining whether you have low serotonin levels in your brain. Various tests do exist, however, although they may not prove very reliable.

There is no way of testing your brain’s serotonin levels, for example, while you can test serotonin in your blood. This test, however, is usually only used to see whether you have serotonin-tumors and does not determine their presence in your brain.

Online neurotransmitter urine tests available online are not accurate and their ability to test serotonin in the brain has been determined as incorrect. This is largely due to your blood-brain barrier not allowing serotonin to pass through. All serotonin present in your brain is produced in the brain.

Other Options To Consider Besides Serotonin-Boosting Foods

Besides incorporating serotonin-boosting foods in your diet, you could also consider getting enough sunlight. Studies show that exposure to sunlight may help improve the serotonin levels in your brain and help combat depression.

You could also try getting some exercise, especially if you are someone following a sedentary lifestyle. A few minutes of walking, for example, gets your blood flowing through your body and, according to studies, gives your brain’s serotonin levels a boost.

If considering exercise as an option, you can opt for a non-strenuous form of exercise. This will strengthen your core muscles and you can progress at your own pace. Whatever you do, do not simply start jogging or do any heavy lifting because these strenuous exercises may put a lot of pressure on your body and could cause an adrenal crash.

You could also consider taking probiotics to improve gut health and thus help with your gut’s serotonin levels. Herbal remedies like St. John’s wort may also help boost your mood. Before taking any herbal remedies or probiotics, however, please consult your healthcare practitioner. Some of these may interfere with any medications you may currently use. They would also take your general health into account when determining suitability and dosage. If you do have adrenal fatigue, you have to take extra caution as some supplements and herbal remedies could have paradoxical reactions depending on your health state. 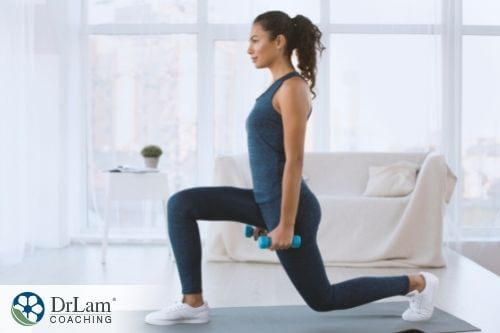 Low serotonin levels may have a debilitating effect on various aspects of both your physical and mental health. Addressing this issue correctly may see a vast improvement in both.

If you believe you have low serotonin levels, here are a few things you can do to help alleviate the situation.

By talking to a healthcare professional, you could more accurately determine whether your symptoms arise from a serotonin deficiency or whether they are due to another health issue. Your adrenal function may also be at risk.

If you would like to know more about or need assistance regarding serotonin-boosting foods, the team at Dr. Lam Coaching can help. We offer a free** no-obligation phone consultation at +1-626-571-1234 where we will privately discuss your symptoms and various options. You can also send us a question through our Ask The Doctor system by clicking here.

A hormone imbalance is often associated with adrenal fatigue. By eating serotonin-boosting foods, you may see an increase in your serotonin levels that may help lower your body’s need for increased cortisol production. This is because feeling good, makes your stress levels drop. So they can aid your recovery efforts.