Is PCOS an Autoimmune Condition? New Research Could Help

Polycystic Ovarian Syndrome (PCOS) is a debilitating and worrying condition that affects many women. It’s also something of a mystery. Doctors generally describe it as a hormonal disorder in which the body loses its hormonal balance, resulting in a range of symptoms. However, the medical establishment hasn't identified the cause of this hormonal chaos yet. That leaves many people wondering, is PCOS an autoimmune condition? Studies have revealed some evidence to support this idea, and this holds implications for how this issue is addressed. 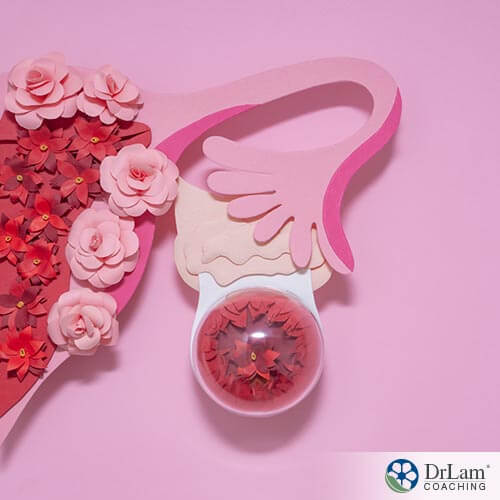 A combination of environmental and genetic factors causes the hormonal disorder PCOS. If you have this condition, then your pituitary gland produces too much luteinizing hormone or your insulin levels are too high. As a result, your ovaries will produce excess testosterone, disrupting the natural hormonal balance.

PCOS causes enlarged ovaries with cysts as well as symptoms such as:

These symptoms can be severe enough, but PCOS can also cause longer-term and more serious issues such as:

These potential issues increase the importance of addressing PCOS and associated hormonal problems. If you have PCOS, then correcting the problem usually focuses on the symptoms. Your doctor will probably give you tablets to make your periods more regular and lower your cholesterol levels. They may also offer medications to stabilize your blood sugar and as well as hormones. These measures can help, but they won’t correct the underlying problem. That’s considering the question - is PCOS an autoimmune condition? - is so important, because it may suggest a new way forward.

Is PCOS an Autoimmune Condition?

Researchers have been investigating the question, is PCOS an autoimmune disorder, for years now. PCOS affects up to 12% of women in the US. It’s also more common in women with Hashimoto’s Thyroiditis (HT), an autoimmune condition that affects the thyroid. This strengthens the idea of a link between autoimmune disorders and PCOS.

There have also been numerous studies on the subject including:

Studies have also linked the balance of your hormones to autoimmune conditions, antithyroid antibodies, and PCOS. In 2015, 86 women with PCOS were found to have increased estradiol levels and an unbalanced estradiol to progesterone ratio. This is significant because of the effects of these hormones on the immune system.

Progesterone is a sex hormone that’s involved in the menstrual cycle, pregnancy, and other functions. It’s also an immunosuppressant and can decrease the production of autoimmune antibodies and inflammatory cytokines. Estradiol on the other hand is one of the three estrogen hormones produced in the body and it stimulates the immune system. So, this may explain why high estradiol levels and low balancing progesterone levels are involved in high levels of anti-thyroid antibodies in women with PCOS.

PCOS and Other Autoimmune Conditions

A 2020 review article found that hormonal and immune dysfunctions cause low-grade inflammation and increase the production of autoantibodies, increasing the risk of developing other autoimmune disorders. This is another reason why women with PCOS must try to address the associated hormonal imbalances as quickly as possible. 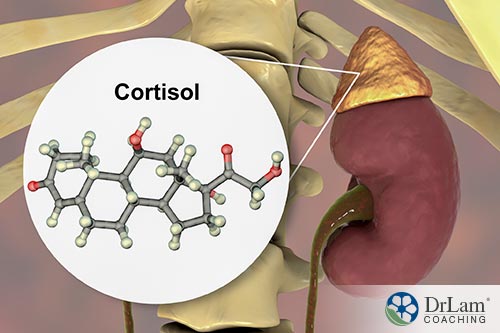 Unbalanced hormones are very common when you have Adrenal Fatigue Syndrome (AFS) because of malfunctions in the Hormonal Circuit. Adrenal fatigue is caused by chronic stress, which causes the overuse of the NeuroEndoMetabolic (NEM) Stress Response. The adrenal glands are an essential part of the NEM stress response as they produce cortisol, one of the most essential hormones in helping your body cope with stress. When you’re under temporary stress, the NEM stress response activates. The adrenals then produce cortisol, which makes changes in the body’s circuits to help you cope with stress. Once the stressor has passed, the NEM stress response shuts down, cortisol production ceases, and the circuits go back to their natural balance.

But chronic stress prevents this slowdown. The NEM stress response is always active, and the adrenal glands can become fatigued and even start to break down. When this occurs, the body’s circuits remain in an unnatural state, which causes worsening malfunctions. The Hormonal circuit often becomes a victim of these malfunctions, and the results can be devastating.

How AFS Impacts the Hormonal Circuit

The Hormonal circuit includes the ovaries in women, the adrenal glands, and the thyroid. Each of these organs is connected to the others, so as the adrenal glands decline in health and function in AFS, the other two will follow. This often causes hormonal imbalances and symptoms such as hair loss, low fertility, PMS, and irregular menstruation that tend to get worse over time if the problems aren’t corrected.

An unbalanced Hormonal circuit can obviously be very relevant to PCOS. As the ovaries decline in health, the natural balance of the body’s hormones can be lost. This is why many women with AFS have high estrogen levels and low progesterone levels, making them prone to PCOS. The resulting stress and symptoms caused by these types of hormonal imbalances also cause further stress. This can increase the demand for cortisol and worsen the state of the adrenal glands.

Inflammation circuit involvement in AFS and PCOS will only worsen all of these problems.

The Inflammation Circuit and PCOS

Another important issue when addressing the question, is PCOS an autoimmune condition, is the Inflammation circuit. This circuit includes the immune system, the microbiome, and the gut and it’s often one of the first circuits to become unbalanced when you have AFS.

Autoimmune disorders are very common when you have AFS. This is caused by ongoing, low-grade inflammation due to AFS symptoms and problems. The overactivation of the immune system is also a factor as it can start attacking the body’s own tissues. This may explain why women with AFS often suffer from this condition.

However, the opposite is also true. If you have PCOS, then it can cause inflammation that could bring on AFS and worsen Inflammation circuit imbalances. This can become a debilitating situation, one that’s difficult to correct without expert help.

Trying to correct this tangle of symptoms and circuit malfunctions can be very difficult when you have AFS. And taking medications to correct the symptoms of PCOS may only worsen your condition by causing adverse reactions and additional stress. However, that doesn’t mean that you should ignore your doctor’s advice or stop taking medications. This could be dangerous in the long and short term.

Is PCOS an autoimmune condition? Well, the jury is still out on that one. There just isn’t enough evidence to support this theory at the moment, though there do seem to be several links between the immune system and this type of hormonal imbalance. If you have PCOS and you’re struggling, here’s what you should do:

Is PCOS an autoimmune disorder?

The truth is that there isn’t enough information available to answer the question, is PCOS an autoimmune disorder. The immune system and immune dysfunctions do seem to have a role in this condition, but further research is needed before the nature of this connection is fully understood.