Marijuana Effects on the Brain 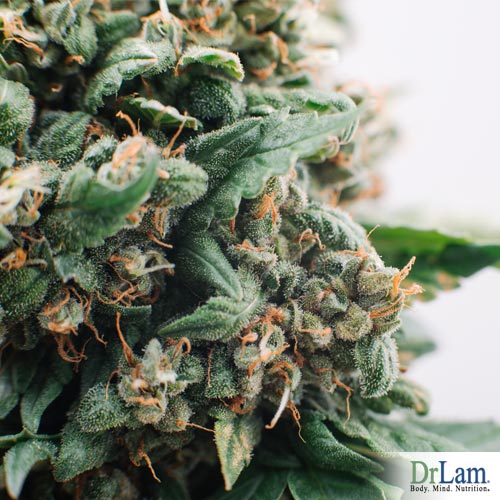 While it has become the most commonly used drug in the United States, the consequences marijuana has on the body are simply bewildering. Marijuana is the dried leaves, stems, flowers, and seeds of the Cannabis Sativa plant. More than 200 medical conditions have been demonstrated to be enhanced by its usage. Marijuana effects on the brain can, in fact, be detrimental with overdose, especially for an elongated period of time.

Marijuana’s main active chemical is known as THC or delta-9-tetrahydrocannabinol. When you smoke marijuana, your lungs immediately pass the THC chemical into your bloodstream, and it is then swiftly carried to organs in your body and to your brain.

Researchers have come to discover that the use of marijuana, whether for medical healing or not, can lead to amnesia i.e. partial or total loss of your memory. In addition, excessive or improper marijuana use has been linked to physical health effects, including but not limited to change in mood, imbalance of hormones, ongoing phlegm or a cough, and paranoia.

Subsequently, while it may sound hopeful to turn to the use of marijuana to heal from certain health ailments, your brain is an essential organ in your body, and damaging it can lead to a road path of more consequences.

Marijuana Effects on the Brain

Marijuana may be able to improve certain medical conditions, but it can come with a myriad of both short-term and long-term health effects. Marijuana effects on the brain give you more than just that immediate sensation of pleasure; using it habitually can disrupt your hormone levels, weaken your memory, and cause a variety of learning dysfunction ailments in some people.

Marijuana effects on the brain and it's cell receptors, thus, there is a possibility that using it has potential negative consequences on your brain’s health, immediately and in the long-run. This is especially true for those with subclinical pre-existing damage.

Long-term marijuana effects on the brain can include:

Short-term marijuana effects on the brain include:

Marijuana’s Impact on Your Brain’s Memory 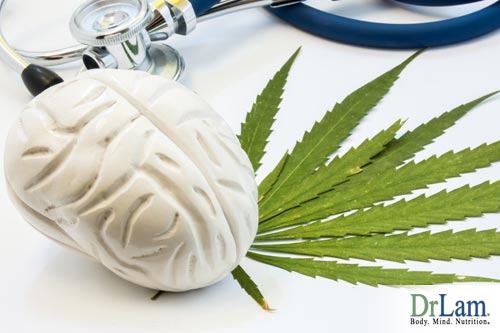 New studies have confirmed that cannabinoids in the drug can directly affect the cells in your brain’s mitochondria, leading to partial or temporary memory impairment, also known as amnesia. In addition to that disturbing fact, these cannabinoids from Cannabis Sativa (marijuana) reduce the cellular respiration in your brain’s mitochondria, thus, a reduction of converting nutrients into energy occurs.

When marijuana is taken in, the THC chemical activates very sensitive brain cell receptors, and that leads to the high sensation and feel. It directly stimulates the pleasure centers in your brain, the same ones stimulated by alcohol.

According to several studies, continuing use of marijuana effects on the brain can increase your cortisol levels, evidently not good news for those with already strained adrenals with elevated cortisol in the body. While occasional stress here and there is normal, and our body is made to function, adapt, and balance it out, severe stress levels can lead to serious and chronic health consequences, both mental and physical.

Adrenal Fatigue Syndrome (AFS) can be caused by many factors, including mental, emotional, or physical stress, an unhealthy diet, improper sleep habits, or even depression. It could be other thought perturbing factors such as financial stress, divorce, lack of quality sleep, emotional problems, or the nutrition and habits of your diet that lead to such weighty tension and stress stages. 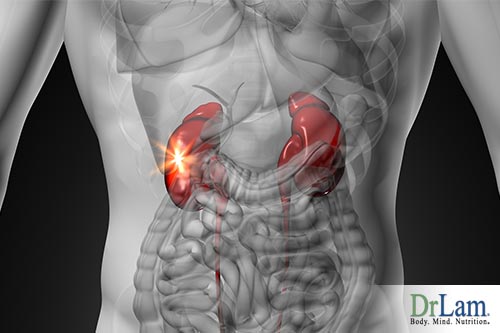 Since your adrenal glands produce hormones, including cortisol (the main stress response hormone), undoubtedly excessive and ongoing stress may cause your adrenal glands to no longer have the capability of pumping enough hormones. AFS occurs when there is a disruption of the NeuroEndoMetabolic (NEM) Stress Response system.

Many have come to believe that marijuana may help decrease overall stress hormone response levels in the body. It has a calming effect. This can help people relax and reduce stress.

However, there have been many long-term marijuana users who have claimed it has been difficult for them to go about normal daily activities after ceasing to use marijuana. In other words: it can cause one to become addicted. This may not occur in all users, but some are affected.

Some of those users have reported that they have begun to undergo uncomfortable symptoms, like insomnia, loss of appetite, craving marijuana, irritability or mood swings, and anxiety. It is important to weigh the pros and cons of marijuana effects on the brain and to use it in moderation.

It is important to note that cannabidiol(CBD), another active ingredient in marijuana, has been found to have many of the healing benefits of marijuana, with much fewer side effects. When properly supervised, CBD may be the safer choice if choosing to use cannabis in adrenal fatigue. 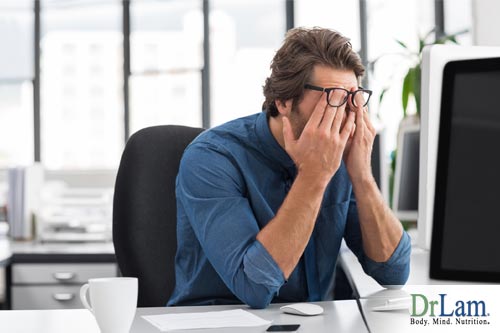 Stress isn’t malevolent in and of itself as it allows us to protect ourselves or to perform, but just like almost anything, eventually too much starts to become destructive. Forthrightly, it may sound absurd to blame it on stress, but it’s a given fact that stress is one of the root causes of the majority of deficiencies and health conditions you may experience.

Whether it’s insomnia, weight gain, irritability, feeling fatigued, lack of sexual desire, unwarranted mood swings, excessive cravings, loss of appetite, or even more serious conditions such as heart conditions, stress may be the very seed that sprouted this plant to begin with! While some turn to marijuana and other drugs to relieve themselves of stress, they are not aware of the brain’s repercussion due to the use of marijuana.

Chronic stress creates a major adverse effect on your body’s overall well-being, as a poor maintained diet, lack of exercise, and deficiency of proper and good quality sleep do. While your body is designed to handle stress, chronic and ongoing stress is when issues start rolling in. Being in a state of fear causes your stress levels to immediately increase, as our bodies carry the “fight or flight” instinct.

In this given state, adrenaline, glucose, and the main stress hormone, cortisol, are sent into your bloodstream. Your heart rate and blood pressure increase. Your digestion system, along with the functioning of your immune system, reproduction and growth system are all suppressed and put on hold. This state is supposedly our body’s normal reaction during a “flight” mode.

However, if you are under extreme stress daily, and your body is not taking a break from releasing hormones to balance itself out and reach equilibrium, you will regrettably begin to deal with health issues as your body is constantly in that mode. The health repercussions may not show up overnight, and they might not show up for a while.

Chronic stress however, has been proven and linked to heart failure, weight gain and obesity, inflammation in the joints and other organs, digestive health issues, diabetes, mental health issues, and cancer. It’s disturbing to even imagine; something that you may think is so irrelevant, can in fact be so detrimental to your health.

What can you do to reduce your bodily stress levels without needing to turn to marijuana usage or other drugs as your treatment method? Thankfully, there are many holistic measures you can take, and with effort and patience you will begin to see remarkable results.

Making the adjustment to reach for holistic remedies and medicine instead of prescription drugs, or even more so plant drugs such as medical marijuana, can save you from a myriad of undesirable health effects on your brain, and improve the health of your physical body overall. These holistic remedies will aid you in relieving stress, and if measures are taken properly, you will begin to see a transformation rapidly. 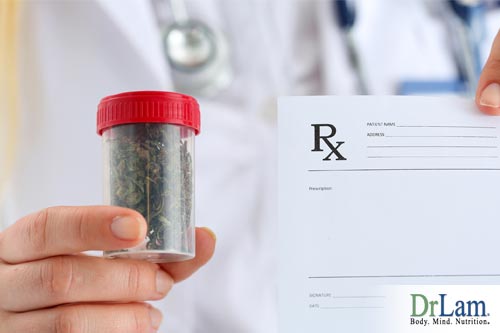 Best of all, these holistic remedies don’t come with a package of long-term consequences, as the usage of prescription drugs do.

Prescription medication usually aids in curing one ailment, but may rob your body of a major vitamin or mineral, and with time lead to another health issue. One pill after another, and you are slowly determining your health. When you reach for whole foods and natural herbs as medicine, you don’t worry about side effects. They wind up bringing your body other benefits, too, that may not even be a part of your goal at the time being.

Try to implement some of these remedies, gradually, and watch as both your physical and mental health rejuvenate:

How does marijuana influence your mood?

Marijuana over activates parts of the brain, leading to that sensation of pleasure or feeling “high.” Thus, the brain’s memory is slowly impaired, anxiety is likely, and even difficulty with thinking and problem-solving takes effect. Since Marijuana is addictive, the brain’s mood is now provoked by its presence and absence.