The Magnesium and Blood Sugar Relationship 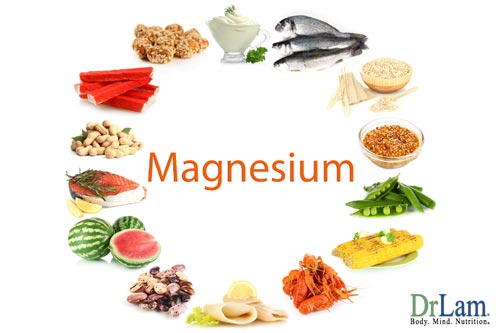 Magnesium is abundant naturally in your body. That is, if you’re healthy. Too little of this mineral, and your metabolic function begins deteriorating. This condition can blossom into serious illness. In addition to the importance of magnesium and blood sugar regulation, it’s also helpful in minimizing the dangerous effects of toxins on the body. Several studies in addition to the one reported below have shown the benefits of magnesium and blood sugar levels. Magnesium is shown to decrease the risk of onset of diabetes in adults.

A weakened metabolic system resulting from low levels of magnesium may be made even weaker when the body is under stress. This condition can result from adrenal fatigue, often seen in situations of continuing stress on the body. When the adrenal glands become fatigued, they release less cortisol, the hormone our body uses to fight the effects of stress. This then leads to a weaker metabolic system, and the cycle of stress, weak metabolism, body damage, and more stress is set in motion.

Unfortunately, most traditionally trained physicians do not consider nutrients when diagnosing and treating the sometimes vague symptoms of adrenal fatigue. Their approach is that of treating organs and symptoms, rather than the interaction of body systems. This NeuroEndoMetabolic (NEM) approach treats adrenal fatigue from a functional medicine viewpoint. Interactions between the environment and the various systems of the body is the focus of the NEM model. This approach comes from recognition of nutrients and their importance. Nutrients like magnesium.

Magnesium is a basic building block to life and is important in more than 300 chemical reactions that keep the body working properly. Magnesium is therefore an essential mineral for human nutrition and serves several important functions including the regular contracting and relaxing of muscles, function of some enzymes in the body, energy and protein metabolism.

A new study of 234 non-diabetic adults with Metabolic Syndrome has found that dietary magnesium intake was inversely associated with metabolic markers of insulin resistance. Metabolic syndrome is the name for a group of risk factors that raises your risk for heart disease and other health problems, such as diabetes and stroke. You must have at least 3 out of the 5 metabolic risk factors to be diagnosed with Metabolic Syndrome: such as Big waistline, high triglyceride, low HDL cholesterol, high blood pressure and high fasting blood sugar.

The new study was entitled “Dietary Magnesium Intake Improves Insulin Resistance among Non-Diabetic Individuals with Metabolic Syndrome” and conducted by Yunsheng Ma from the Department of Preventive Medicine, Medical School of Yangzhou University (China) and others from the University of Massachusetts Medical School, In the study, magnesium intake of the 234 study subjects was assessed at baseline, 6, and 12 months via questionnaires. The study subjects’ fasting glucose and insulin levels were also collected at each time point and their insulin resistance was estimated. 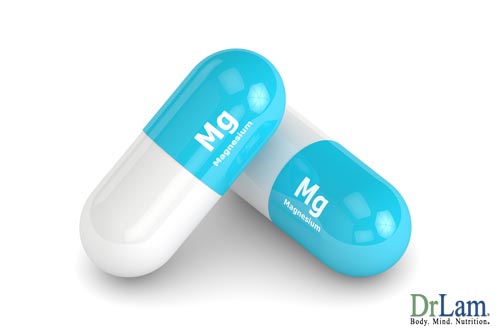 The new study found that fewer than 30% of the 234 study subjects had actually met the magnesium Recommended Dietary Allowance (RDA) and that magnesium intake was inversely associated with metabolic biomarkers of insulin resistance.

The study authors conclude that dietary magnesium intake is inadequate among non-diabetic individuals with Metabolic Syndrome and that increasing dietary magnesium to meet the RDA has a protective effect on insulin resistance.

Some experts believe that between 70% to 80% of Americans are NOT meeting their magnesium RDA. Magnesium deficiency is particularly common among African Americans and the elderly.

Some people many need to supplement with magnesium if their magnesium levels are too low and just a good diet many not provide sufficient magnesium. For those who wish to increase their dietary intake of magnesium, they should eat more dark green and leafy vegetables, fruits or vegetables (such as bananas, dried apricots, and avocados), Nuts (such as almonds and cashews), Peas and beans (legumes), Seeds, Soy products (such as soy flour and tofu) and Whole grains (such as brown rice and millet). 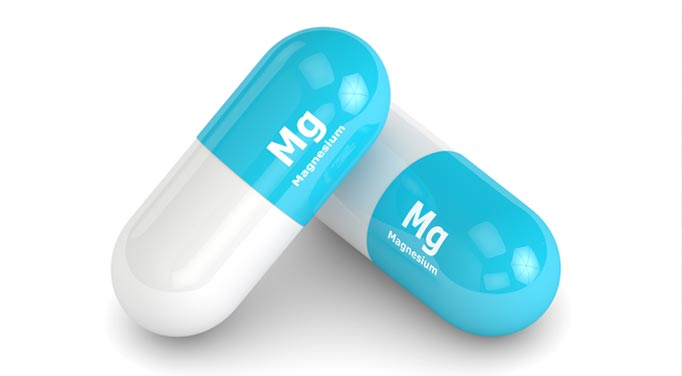