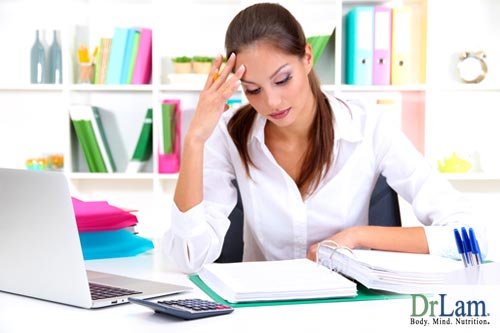 A study made an incredible breakthrough with respect to stress effects on health in humans and adrenal fatigue. A hormone called klotho may hold the key to a longer and healthier life. This research performed by The University of California, San Francisco sampled healthy women populations. The women participants in this study that were under chronic stress showed significantly lower amounts of the hormone klotho, which is important in regard to stress effects on health.

Klotho is important to research on health and the effects of stress and aging. Klotho is a hormone that has numerous effects in the body. It boosts cognitive function, increases plasticity of brain synapses, and plays a huge role in the aging of the mind and body. It’s been referred to as a longevity hormone. Without klotho, aging takes an even greater or accelerated toll on the brain and body. Greater levels of klotho have even been shown to prolong life in mammals.

The lead author in this study and UCSF assistant psychiatry professor, Aric Prather (PhD), stated that although it cannot be said that while low klotho levels are caused directly by chronic stress, this study provided a new association that warrants additional research on connecting mental health, aging, and diseases that come with age. Prather stated that klotho could be the connection between premature death and disease, and chronic stress.

Women who displayed symptoms of clinical depression showed even less of the hormone klotho in blood tests compared to the others who were stressed but did not show depressive symptoms.

This research included 90 chronically-stressed women, and 88 of their lower-stress counterparts, that were in their 30s, as well as 40s. Other than the stress, these women were relatively healthy. Although klotho has been known to decline with age, this study found that only women under chronic stress showed lower levels of the hormone. The women with low stress levels, even though they were similar in age, did not show a noteworthy decline in klotho. The stress effects on health are represented in this decline of klotho in women with chronic stress.

This study performed by UCSF is important in pinpointing stress effects on health and shows an important link between klotho and psychological changes in the body. The fact that the women who were experiencing chronic stress showed lower levels of klotho represents proof that klotho hormone levels are susceptible to social and psychological stress. Klotho could be a factor that has been missing in our understanding of depression, stress, the risk for developing diseases, and how they are all interconnected.

This research is crucial to our understanding of stress effects on health because klotho has only been studied previously in animals. A previous study showing stress effects on health, that was performed on lab animals such as worms and mice, found aging symptoms were accelerated and represented through markers such as hardening arteries, and bone and muscle loss when klotho levels were disrupted and lowered. On the other hand, animals that showed higher levels of klotho actually lived longer. 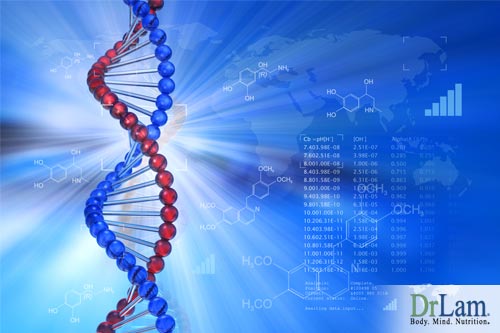 About 20% of people show a genetic modification that results in increased amounts of klotho in the blood, which increased the size of their prefrontal cortex and boosted brain function. These people, with this aforementioned gene variation, not only have a decreased risk for diseases that come with aging but they also live longer. Another study found that this longevity gene, klotho, controls an important enzyme that functions in the synthesis of aldosterone, which is made in the adrenal glands.

Animals given enhanced levels of klotho showed increased cognitive function and klotho provided a defense against toxins related to Alzheimer’s disease. This study of health and stress effects suggests that klotho may serve a restorative role for the brain.

Dr. Dena Dubal – who works at UCSF as an assistant professor of Neurology – stated that prolonged, or chronic stress, results in a higher risk for oxidative damage, as well as Alzheimer’s and heart disease. Dubal also stated that it is imperative to discover if increased levels of klotho could positively affect the body and mind as we get older. If this happens to be the case, therapeutic use of this hormone that leads to a longer life could make a huge difference in lives. This is still preliminary however. Researchers have also theorized that lower klotho levels may add to depression and stress because klotho uses numerous molecular, cellular, and neural pathways that are similar to depression and stress.

All this research gives a great viewpoint on the effects of stress on our health. These findings of are especially important because they provide what could be a new link that ties our everyday stresses to risk for developing chronic disease and depression. These studies offer new insight into stress effects on health and the aging process, and could provide new solutions to therapy for the brain and body.

Stress can have detrimental effects on our health, so our body uses a defense called the NeuroEndoMetabolic (NEM) stress response system to protect itself. It is comprised of several systems and organs in the body that are represented through two main parts, called neuroendocrine and metabolic components.

The neuroendocrine and metabolic systems work together as a team and allow the entire body to function in harmony. However, when our bodies begin to experience chronic stress, the systems become deregulated and begin to fail. One of the symptoms of this failure in the body from chronic stress is adrenal fatigue (AF).

Adrenal fatigue occurs when the stress becomes too much for the body to recover and compensate. Stress has numerous effects on health, including an initial deregulation of the neuroendocrine component of the NEM system. We know one of the main stress effects on our health falls on the adrenal glands, as they are targeted to dispatch anti-stress hormones. 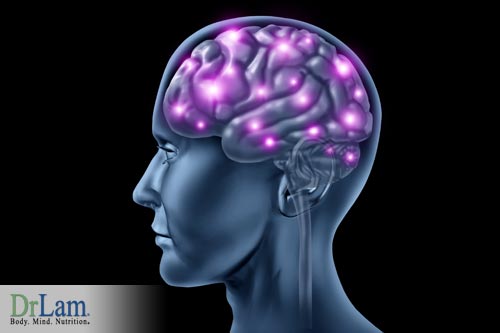 Another way the body reacts to stress – initiated by the NEM system – is called the neuroaffective response. Most of the neuroaffective response is controlled by the brain, autonomic nervous system (ANS), and the gut. Stress is received in the brain, and stress responses are then sent out to the intended organs. Numerous neurotransmitters are discharged to certain areas of the brain that help in keeping our brain alert to deal with stress and stabilizing our mood to prevent things such as depression. Some of the neurotransmitters are actually converted into or function as hormones, controlled by the ANS. Many neurotransmitters are synthesized in the gastrointestinal (GI) tract or gut, which is sometimes referred to as the second brain for this reason. This neuroaffective response is a crucial part of the NEM system because it regulates our sleep, and ensures balance of our mood and cognition.

Another response to stress from the NEM system is by means of inflammation. Depression is often linked to cell-mediated immunity, or chronic low-grade inflammation. The health of the gut is crucial to mental health; inflammation of the gut is associated with depression. With increased stress, the junction of the gut becomes irritated and leads to permeability. This allows toxins to leak into the bloodstream, which causes the previously mentioned changes in mood.

Klotho and the Stress Effects on Health

Understanding the NEM stress response system is important to the research findings on klotho because stress, such as the social and psychological stresses found in this research, are central to the NeuroEndoMetabolic response. Stress has a great effect on health and is what causes deregulation and failure among the numerous systems involved in our health. Stress activates the NEM system to have a cascading reaction of symptoms that affects the entire body since the neuroendocrine and metabolic units are inseparable. This klotho research affects what we know about the NEM stress response system because reduced levels of this hormone could further disturb neurotransmitters, hormones, and the neuroaffective response altogether. A decrease in klotho may add to stress and depression, making symptoms of deregulation worsen and lead to an increased risk for cognitive decline and Alzheimer’s disease.

A reduction in cognitive ability – both with concentration and memory – as well as depression are common symptoms with those suffering from adrenal fatigue.

Since chronic stress showed lower levels of klotho, people with adrenal fatigue may also have low levels because they share this commonality. This stress and decreased levels of klotho affects our health and entire bodies. Depending on your individual case, hormone modulation can be a recommended part of recovery from adrenal fatigue. 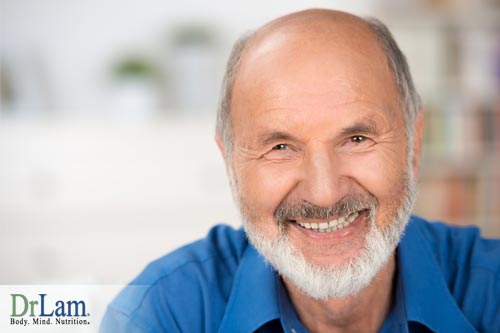 This new research offers an entirely new and rounded perspective on the stress effects on health because klotho presents a connection between stress, diseases, and depression. Klotho therapy could provide increased cognition, concentration, memory, and enhanced learning capability. Klotho could shield the brain against diseases such as Alzheimer’s that can come with the natural aging process. Most importantly, it could possibly offset some of the negative results of chronic stress, provide a longer life, and help to keep the brain young in function while it becomes older in age. An increase in klotho could work to heal us on a holistic level and serve a major role in adrenal fatigue recovery. However, more research is warranted and those with adrenal fatigue should exercise extreme caution since excessive use of prescription medication and drugs – including hormone replacements – without regard to the state of the body and adrenals can one of the keys to adrenal fatigue recovery failure.