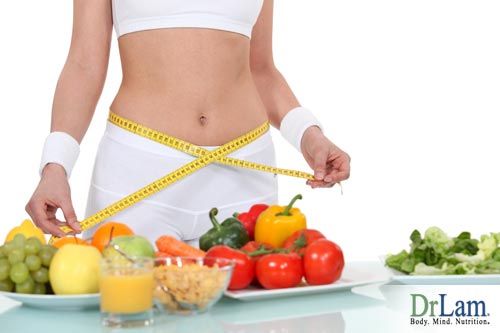 Research suggests that a majority of American adults have attempted to lose weight by dieting at some point in their lives. About one-third of Americans report they’re dieting at any given time. But, many struggle because they don’t know how to stay on a diet. Why do so many people put themselves through the dieting ordeal? Some for health reasons, others to gain or keep the body they want. Whatever the reason, nearly everyone wants to know how to stay on a diet once they’ve started one.

Even though many people believe only those who are overweight go on diets, this may not be the case. A study conducted by the University of Minnesota suggested at least half of the women involved in the study were not overweight, but did try dieting.

When a person attempts a diet for any reason, it seems most fail. There are a large number of reasons why. One is that people tend to mix up when they’re hungry and when they have some craving. The difference between the two was explained in an article in Psychology Today.

How to Stay on a Diet

So, how do people know how to stay on a diet? There are lots of tips to be found in popular books and magazines. Here are a few:

Research shows people who diet with friends or groups tend to stay with their diet longer.

Prepare your meals yourself

Doing this keeps you aware of what you’re eating, how much, and when. Photographing your meals may lead to more weight loss, as well.

Research has found that most diets will help people lose weight, but how long a person can stay on that diet is what counts. Choosing a diet that fits your lifestyle and taste in food may help you on both counts.

Breakfast is still the most important meal. A high-protein breakfast turns on the body’s metabolism, helping people burn through calories quicker all day long. It also keeps away the desire to snack in the mornings, leads to smaller meals the rest of the day, and increases vitality.

Every person’s body metabolizes food uniquely. This would mean a person who tries to stick with a rigid diet may fail because his/her body isn’t genetically suited for that diet. In reality, there is no “universally healthy” diet for everyone.

Using common sense in dieting, knowing what your body is telling you, having a variety of foods, and paying attention to portion size may be the key to successful dieting, not learning how to stay on a diet where you eat foods you don’t like.

Those who only take away foods they like actually set themselves up for failure. Emotionally, this approach actually makes those foods that are restricted even more tempting to the person. 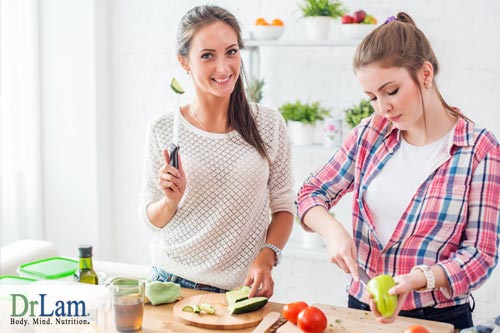 A study conducted at the University of Buffalo looked at feelings and their effect on diet behavior. The results indicate thoughtful planning regarding dieting is important, but don’t leave out feelings. Feelings guide behavior, including dieting behavior. Diets that are based on depriving people of foods they prefer, leads to misery. This misery fuels failure.

This research also suggested enjoyment should be a part of behavior change, even when the behavior is dieting. Knowing what you eat and how you feel about choosing to eat those foods are both important in dieting.

Research from Tel Aviv University even went so far as to suggest dessert with breakfast may help dieters not regain weight they lose. Subjects were able to keep weight off by eating a high carbohydrate, high protein breakfast. These subjects reported less hunger and fewer cravings compared to a low carbohydrate diet group. 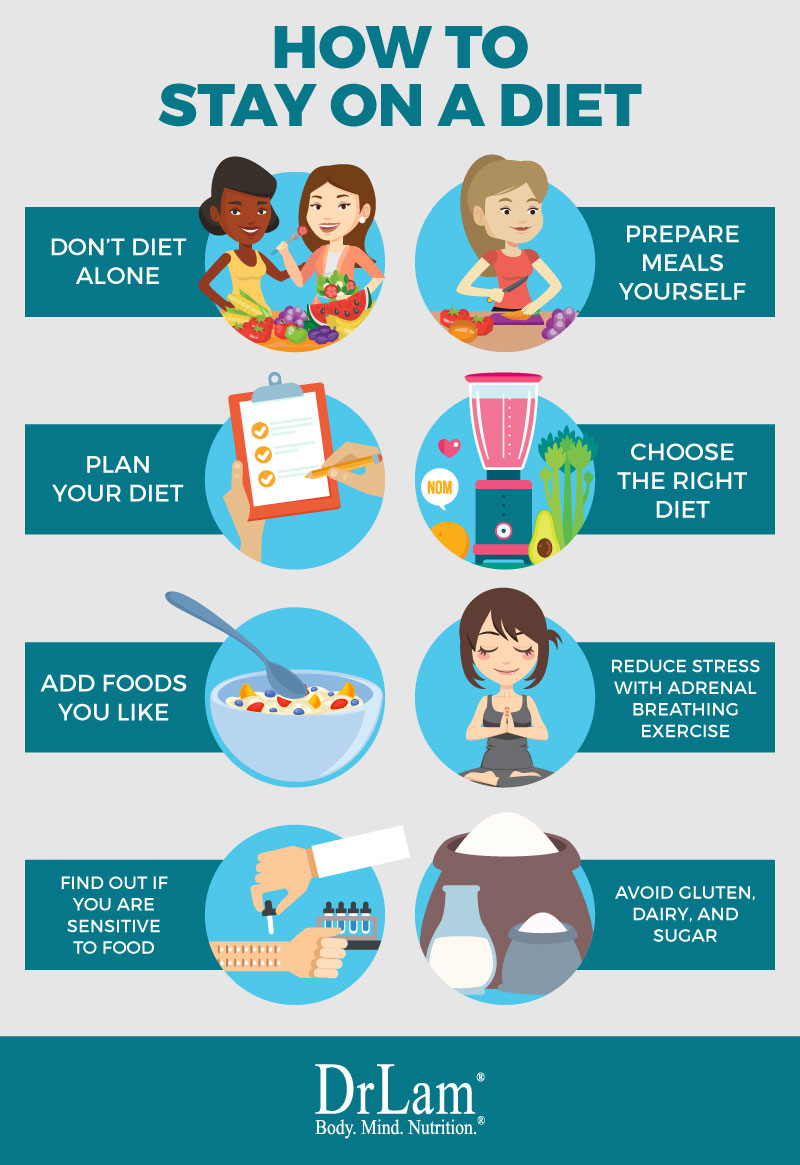 No matter whether a person knows how to stay on a diet or gets into the roller coaster of fad diets, gaining weight, and more dieting, the ultimate effect is stress on the body. And the body reacts to stress from any source in the same way.

It is well established that the adrenal glands are the chief organs outside the central nervous system that respond to stress. If stress continues unabated from dieting or any other source, the adrenal glands become burdened to the point of not being able to keep up with demand.

When this happens, adrenal fatigue is clinically present. Adrenal fatigue research shows the symptoms of this condition can be debilitating. They also are non-specific and broad in scope, leading to difficulty in assessment. But one major symptom is not losing weight even after a great deal of effort. Thus, adrenal fatigue could play a large role in dieting failure such as trying excessive diets with negative results.

Another of these symptoms is the tendency to gain weight around the waist. While this condition may be blamed on aging by some conventional physicians, it can lead to people putting themselves on diets to lose the weight. However, the adrenal fatigue makes it harder to lose this weight, leading people to try stricter diets, increasing the stress on the body and causing more adrenal fatigue. It is a vicious cycle.

At the same time, metabolic and nutritional problems may be a cause of adrenal fatigue. When a person continues on fad diets, on the roller coaster of losing and regaining weight, or makes poor choices of foods to eat or not eat, he/she may be on the way to adrenal fatigue.

These metabolic and nutritional deficiencies may not be considered by many primary care physicians when patients present with symptoms of adrenal fatigue. Most traditionally trained physicians tend to view the body and its problems from an organ-specific viewpoint. They tend to look at and treat symptoms in isolation rather than in a functional approach.

An overall viewpoint looks at the body’s response to stress from a NeuroEndoMetabolic (NEM) Stress Response perspective. This position says multiple organs and systems in the body work together to deal with stress. This includes the way food is handled by the body and its energy transmitted to the cells of the body during stress. 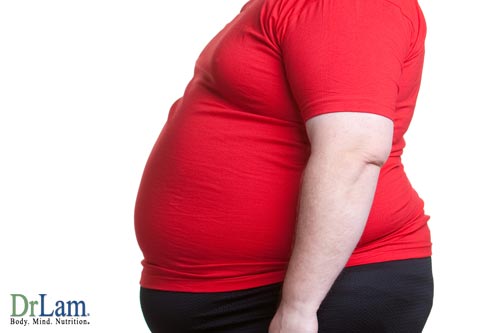 The metabolic system is important in how the body deals with stress. Sugar cravings, some of the first indications of metabolic dysregulation, are often not considered problems by traditional medicine. Central obesity, rapidly becoming a public health crisis in the U.S., is also a strong sign of metabolic derangement and typically is seen as caused by diet. Sensitivities to foods usually are not investigated as due to inflammation.

If the metabolic system is disrupted due to continued stress, some of the advanced symptoms may include weight gain. People see themselves as gaining unwanted weight and, instead of seeking out a physician trained in the NEM perspective, they put themselves on a strict diet. This leads to increased stress on the body, resulting in a worsening of the condition.

When the body’s stress response is evaluated from the NEM perspective, all systems of the body are examined. If one system is negatively affected by stress, all other systems are likewise affected. And all must be treated.

Weight gain, sugar cravings, and salt cravings are all early symptoms of metabolic dysfunction due to stress. And these symptoms may lead people to diets that only add to the body’s stress.

Because of this different way of looking at how the body handles stress and knowing stress can lead to adrenal fatigue, know how to stay on a diet isn’t the main issue in losing weight. In fact, knowing how to stay on a diet and continuing to do so may actually lead to more significant health problems.

Seeking out a medical practitioner trained in the NEM perspective of how the body handles stress and one who is aware of adrenal fatigue may be the best way to deal with weight loss. Getting your entire body system in a more healthy balance may take care of any excess weight naturally.

Correct nutritional supplementation and adrenal support taken slowly and under professional supervision will help the adrenal glands restore normal functioning and reduce or eliminate symptoms. This approach will require changes in your nutrition and lifestyle. Time and persistence are key factors in dealing with the frustration and setbacks that will come.