How the Fight and Flight Response Impacts the Body

When we feel stressed in our lives, our bodies have a built-in reaction to ensure our survival. Not only does this reaction affect our neurological pathways, it also has physiological implications for everything from bowels to oxygen intake. Fight and flight response does not only occur in isolated instances of life or death. It also happens in everyday stressful situations.

In prehistoric times, our ancestors had to look out for their safety. There was danger everywhere. Even though civilization has developed a much safer environment for us to live in over the centuries, this fight and flight response has remained deeply imbedded in our genetics and physiology.

When the fight and flight response occurs, there is a cascade of chemical and physical reactions that take place. At the onset of the fight and flight response, a reaction occurs in the brain’s amygdalae, an almond shaped structure located in the temporal lobes. The amygdala then triggers the hypothalamus, which activates the pituitary gland. As this occurs, the adrenal glands activate a hormonal response through the excretion of epinephrine. This enables the production of cortisol, and in turn suppresses the immune system, increases blood sugar, and increases blood pressure.

All this takes place so that your body can produce glucose and turn fatty acids into energy to prepare muscles for increased levels of function. In other words, your body is getting the emergency energy it needs to fight a threat or run from it.

During the onset of the threat response, the heart and lungs immediately accelerate into action. Digestion slows or halts completely. Blood vessels that feed the muscles dilate, moving more blood, to make sure that those muscles can operate effectively.

All these changes are connected in an advanced network within your body to allow for a speedy and powerful response to external danger.

However, we do not meet threats like lions or invading armies on a daily basis anymore. The way civilization is structured now makes most of the life-threatening dangers, that trigger the fight and flight response, seem like a thing of the past. It is important to recognize, though, that many factors can trigger this response, though they may be psychological, seemingly benign, or difficult to notice. The fight and flight response can come from emotional triggers.

Our bodies are equipped with a built-in system to manage stress. The NeuroEndoMetabolic (NEM) Stress Response is the system that our bodies use to communicate the messages for managing stress, using chemical signals called neurotransmitters and hormones. Proper functionality throughout this system is imperative to ensure sustainable reactions to stressors.

There is a direct correlation between the NEM system and the body’s fight and flight response. Both of these reactions involve a key component, the hormone cortisol. Cortisol is a steroid hormone and also a glucocorticoid. It is produced in the adrenal cortex of the adrenal gland, and aids in the metabolism of fat, carbohydrates, and proteins.

When stress is a continual issue over time, as it is in many of our lives, this release of cortisol has a negative effect over time and begins to break down muscle tissue. Stress in the modern world can consist of variables that we all deal with. The loss of a loved one, the end of a serious relationship, the loss of a job, or even the fear of losing employment are all very serious problems that contribute to our emotional responses. 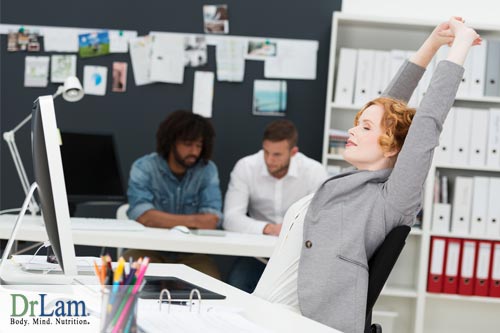 Emotional self-regulation is the concept that it is possible to control how we feel about the ongoing demands of our life experiences. It enables us to choose the proper techniques to allow or disallow spontaneous emotional reactions to the situation that is taking place. The brain must decide if something is healthy, socially permissible, and part of an overall positive behavioral pattern before taking action.

During extreme circumstances, self-regulation of emotions is even more important. However, derangements in the body, caused by dysfunction of the hypothalamic-pituitary-adrenal (HPA) axis, can wreak havoc on the ability to self-regulate. These derangements, often caused by lack of sleep and poor diet, can become worse over time. They can result in panic attacks, severe lethargy, and overall emotional detriment.

Adrenal Fatigue Syndrome (AFS) is a less commonly known affliction and not yet recognized by the mainstream medical community. AFS is a condition where the adrenal glands have a diminished capacity to produce the proper hormones and lessen the impact of triggers to the fight and flight response. The adrenal glands are located on top of the kidneys, and their purpose is to help the body cope with stress.

Both the adrenal glands and the fight and flight response system are involved in the body’s reaction to stress. However, AFS sufferers have over-used adrenal glands. This means they cannot tolerate stress, thus requiring higher levels of cortisol, which leads to blood pressure issues, immunological disorders, and metabolic dysfunctions like weight gain. Feelings of depression, chronic pain, fear, guilt, and anger, are also major contributors to AFS, and also trigger the fight and flight response.

Though not all factors that contribute to adrenal fatigue are under our control, some are. When we know significant stressors will be appearing in our lives, it is important to take active steps to prepare our minds and bodies for the coming storm.

Dr. Herbert Benson, a director at Massachusetts General Hospital, has compiled several practices which can be used to elicit what he calls the “relaxation response”. He suggests natural remedies such as focusing on soothing words and practicing yoga or tai chi.

It has been found that by engaging in these and other practices, patients can decrease blood pressure and, in some instances, eliminate the need for blood pressure medication altogether. These findings should not be taken lightly. When so many issues are being addressed by the introduction of sometimes dangerous medications and procedures, it is wise to look into alternative medicine and what it can provide.

However, there are some individuals with advanced issues that cannot be safely remedied with natural techniques. Consult an expert before implementation of new practices to avoid adverse outcomes to your health. What works for some people may not necessarily work for everyone. 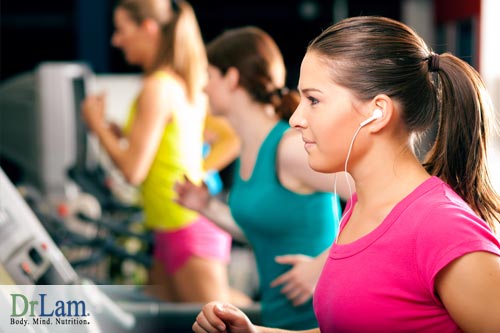 It is also important to note the effects of exercise on the stress response, adrenal fatigue, and the fight and flight response. Because there will not be many situations where we actually have to fight or run from danger, it can be extremely helpful to mimic this natural process.

When feeling stressed and overwhelmed, it can be a wonderful idea to step away from the situation and take a brisk walk or even go for a run. This will satisfy the body’s impulse to feed extra energy into muscle tissue, and help to dissipate cortisol and epinephrine which will be at high levels when stress is triggered. However, those with advanced AFS need to be careful not to overdo exercise as adrenal crashes can be triggered.

While it is not possible to take stress out of our lives, it is possible to manage your personal reaction to it. Find what works best for you and mindfully integrate a healthy practice that is beyond what your body’s neurochemicals are encouraging you to do. You’ll be happy you did.