Mullein tea is more than just an aromatic caffeine-free beverage. Studies have found it has many health benefits. This is unsurprising, considering the plant has been heralded as a healing herb since ancient times.

In this article, we will examine some of the research-supported health benefits of the beverage and how to make yourself a cup.

What Is Mullein Tea? 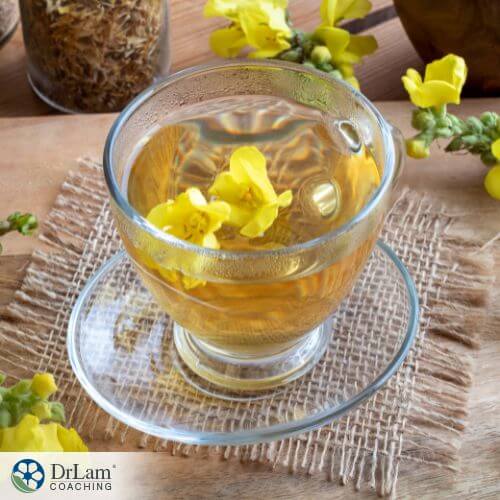 Mullein tea is made from the leaves of Mullein, the Verbascum thapsus plant. This flowering plant is native to Europe, Africa, and Asia but has gradually been moved to other continents. Today, it is widely present in the United States and New Zealand.

Traditional healers have used mullein in a variety of forms in the past. However, the tea has caught on the most, especially in the United States. This is likely because of the refreshing and tasty nature of the beverage.

Additionally, mullein is easy to cultivate in many places, even occurring as weeds along streets and rail tracks across the United States. The leaves can be dried and used for tea quite easily.

Mullein tea contains many helpful compounds, including saponins, flavonoids, glycosides, tannins, and terpenoids. Many studies have reported potential benefits of the drink, and we will examine them below.

Studies on mullein extract have shown it to be potent against some bacterial strains. One such study found that the extract could act against Bacillus cereus, a common bacteria in soil, vegetation, and food.

Other infection-causing bacteria strains that mullein has been found to act on include Escherichia coli, Streptococcus pyogenes, Klebsiella pneumoniae, Staphylococcus aureus, and Staphylococcus epidermidis. Studies suggest that the antibacterial compounds in mullein can be used as novel antimicrobial agents when developing drugs for infectious conditions.

In addition to its antibacterial properties, mullein also has astringent activity. All of these make mullein potentially beneficial against middle and outer ear infections, usually bacteria-caused.

One study concluded that herbal mullein ear drops were just as effective as the anesthetic ones. Also, reports have shown mullein useful in relieving ear pain in children.

More human research is required to ascertain the best strategy for use. Notwithstanding, initial reports are promising, and mullein tea could form an important component of care for ear and other infections.

One of the earliest recorded uses of mullein was to alleviate breathing difficulties. Nowadays, the leaves are used for several respiratory conditions, particularly asthma. Experts suggest mullein’s anti-inflammatory properties are the primary reason it is a good asthma reliever.

Inflammation is not harmful in itself, being one of the body’s responses to foreign invaders. However, if the body’s inflammatory response persists too long, it becomes a problem. Such a scenario is commonly referred to as chronic inflammation, which is the case in asthma and many respiratory conditions. Inflammation makes the airway lining swell and produce mucus, increasing the chances of an asthma attack.

Aside from asthma, other medical issues can result from chronic inflammation, including Adrenal Fatigue Syndrome (AFS). This syndrome is a chronic condition where the body’s adrenal glands become fatigued due to prolonged stressors and cannot keep up with the body’s demand for adrenal hormones.

Studies have shown that mullein can reduce inflammation in the body. The chief chemical responsible for this is verbascoside, which prevents oxidative stress, a common cause of inflammation. Inflammation can cause oxidative stress to a point beyond what the body’s NeuroEndoMetabolic (NEM) Stress Response system can handle. This system is the body’s stress-coping mechanism. Dysregulation of the NEM can lead to adrenal fatigue.

Mullein tea may also help improve overall digestive health. There are several ways it can do this. For starters, one study confirmed that mullein extract has anthelminthic (or antiparasitic) properties against parasitic roundworms and tapeworms.

Additionally, mullein extract has been found helpful against bacterial strains that cause intestinal illnesses, like nausea, vomiting, and diarrhea. These strains include E. coli and B. cereus. 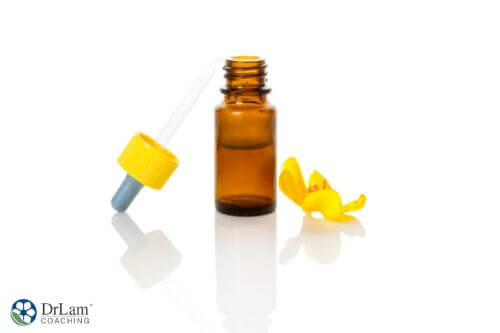 Mullein extract may be useful against some viral infections, per studies. One of these viruses is the influenza virus A, which is responsible for the flu. Mullein extract also acted on the pseudorabies virus strains of the Herpes family.

However, all studies on the subject so far have been done in the lab using test tubes. Proper human research is required before definitive claims can be made.

Recurrent viral infections may result from a failure in the Inflammation circuit NEM Response system. This circuit encompasses the immune system, GI tract, and microbiome, and it can be weakened by chronic inflammation which overtaxes your immune system. Mullein tea may help reduce this inflammation.

How to Make Mullein Tea

You can make this beverage with commercial tea bags or dried leaves of the plant. These are readily available at many stores across the country. Alternatively, you could grow out the plant, harvest the leaves, and dry them yourself. If you want a sweeter tea, you can add Mullein flowers to the dried leaves as well.

To make the tea:

Do be aware that adding sweeteners can increase the calories and carbohydrate content of your tea. For instance, a cup of the tea ordinarily contains two calories. Adding one teaspoon of sugar will bump it up to 18 calories. As such, people on a strict diet plan should be wary when adding sweeteners.

Other Ways to Use Mullein

As a tea is not the only way to reap mullein’s health benefits. Much research has been done using mullein extract. This form is especially safe for topical use. You could also boil the leaves and inhale the steam for a clogged nose.

Precautions and Side Effects

Firstly, contact dermatitis can occur. This is a red, itchy rash, typically resulting from an irritant to the skin. Ensure you do a patch test before allowing the leaves to be in full contact with your skin. Additionally, if you have extra sensitive skin, you may want to avoid direct contact altogether.

Also, the plant has fuzzy leaves with tiny hairs across them. These hairs may get suspended in the air during cultivation and harvesting and can irritate your throat.

If you have a perforated eardrum, don’t apply mullein ear-drops into your ear. Further, you should stop using the drops if you feel discomfort after using them or don’t notice any changes after a while.

It is always best to talk to your health coach before starting any new remedy. They can help determine whether mullein tea might be helpful in your individual situation.

Pregnant and breastfeeding people should talk to their doctor before using mullein tea and related plant products. This is because of the few studies in that regard.

Mullein tea is made from the leaves of mullein. Other than its refreshing taste, the tea has several potential health benefits. They include:

To make the tea, you only need to steep the tea bag or dried leaves in hot water for not 10-15 minutes and strain. Side effects are rare, although there have been isolated skin rash and throat irritation cases.

For more information about mullein tea and other natural remedies, the team at Dr. Lam Coaching can help. We offer a free, no-obligation phone consultation at +1 (626) 571-1234 where we will privately discuss your symptoms and various options. You can also send us a question through our Ask The Doctor system by clicking here.

It has several benefits. Studies have demonstrated mullein tea to be useful against several bacterial strains that cause intestinal and stomach discomfort. It can also help reduce inflammation and relieve congestion, soothing several chronic health issues such as asthma and COPD.