Home > Blog > Brain Health > The Best Fish for Brain Health: How to Reduce Your Risk of Cognitive Decline

The Best Fish for Brain Health: How to Reduce Your Risk of Cognitive Decline 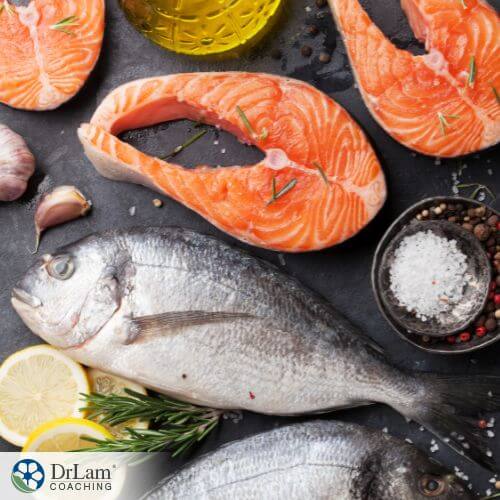 Have you ever heard the term "brain food?" According to various literature, fish may make the best food for brain health. One study suggests that by eating fish for brain health, you may even increase the size of your hippocampus, which is your brain’s learning and memory center. And this may slow down or prevent cognitive decline.

By regularly eating fish for brain health, the elderly especially may prevent a loss of memory and certain brain functions. But the younger you start incorporating fish into your diet regularly, the more you reduce your risk. This is why you need to know how the nutrients in fish support your brain health and the best fish to get them from.

If you are trying to prevent cognitive decline, you should know it has many potential causes. These include:

The second leading cause of death in the world after heart disease, cerebrovascular disease, also referred to as vascular brain disease, involves various health issues affecting blood circulation and blood vessel function in your brain. Vascular malformation and stroke are two examples.

Cerebrovascular disease may not only cause cognitive impairment but physical disability as well. Fortunately, studies are positive that eating certain foods, like fish, may help prevent the condition.

How Your Brain Is Affected By Stress

First, however, you need to understand the role of your brain health as part of your overall body system. And one of the most common challenges to affect your brain on a daily basis is stress.

Your brain is part of your Neuroaffect Circuit, which is one of six circuits in your body’s NeurEndoMetabolic (NEM) stress response. Composed of the gut, brain, and autonomic nervous system, this circuit makes use of neurotransmitters, i.e., chemical messengers, as a means of communication. In this way, your brain tells the organ system and cells in your body how to react in any given circumstance. This includes normal functions, as well as what to do when exposed to stress.

Your neurotransmitter function depends on the presence of certain hormones which, when you experience stress, may change their function to deal with the situation. You may see an increase in cortisol production, for example, with a decline in the production of other hormones. While this state of affairs usually corrects itself once your stress levels go down, it continues if the situation persists. Over time, adrenal fatigue may develop, along with many symptoms often seen as chronic health issues.

Your gut’s microbiome, which plays a significant role in brain health, may also become affected. You may see the development of gut dysbiosis and even irritable bowel syndrome (IBS). Many health issues seemingly unrelated to your gastrointestinal tract may result. Heart attack or stroke, two possible risk factors in cognitive decline, are two examples. Furthermore, certain microbes in your gastrointestinal tract have been linked to the incidence of dementia.

Common health issues associated with a Neuroaffect Circuit in a state of distress include anxiety, depression, insomnia, and of course, neurodegeneration. Neurodegeneration refers to the loss of neurons in the brain which could result in dementia.

However, the omega-3 fatty acids found in fish play a significant role in the production of certain hormones, especially those that deal with such issues as blood clotting, artery wall contraction and relaxation, and inflammation. This means they also support the arteries in the brain and reduce neuroinflammation, both of which help protect your brain. And research agrees.

Studies on Fish for Brain Health 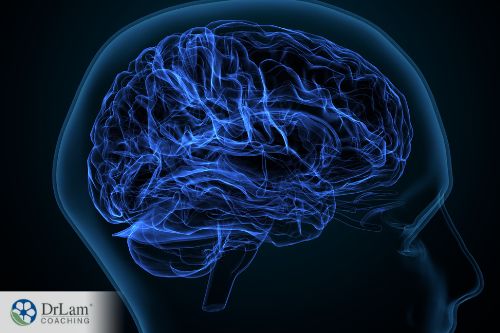 According to a researcher from UCLA, eating fish once a week enlarges your hippocampus by fourteen percent. This could lead to a reduction in your risk of cognitive decline, dementia, and Alzheimer’s disease. The study suggests that consuming fish for brain health, in effect, boosts the size of the grey matter found in your orbital frontal cortex, precuneus, posterior cingulate, and as mentioned, hippocampus. These areas are highly connected and activated during memory, decision making, spatial, and learning tasks.

Scottish and Swedish studies show comparable results. They also indicate that those who eat certain fatty fish like herring and mackerel tend to have a higher intelligence level than those who do not consume fish.

And the benefits of eating fish for brain health are not limited to the elderly. Literature on the topic, for example, suggests that regularly eating fish while pregnant may improve a fetus’ brain development. These children may have better social and verbal abilities by the age of eight than children whose mothers did not consume fish during pregnancy. These children may also have better motor skills and coordination, and lower risk for asthma. Furthermore, children with dyslexia or ADHD may also see an improvement in their conditions when consuming a diet high in fatty fish.

Literature also suggests that those regularly consuming fish have a decline in the dying off of brain cells responsible for short-term memory.

Other Benefits of Consuming Fish

EPA is often used in addressing heart conditions, reducing your blood’s triglyceride levels, and in preventing heart attacks. It is also used in addressing certain psychological issues that include depression, anxiety, ADHD, and Alzheimer’s disease. Other uses include addressing or reducing the risk of various cancers, reducing chemotherapy side effects, psoriasis, cystic fibrosis, macular degeneration, and diabetes. Many pregnant women also use EPA to reduce high blood pressure during risky pregnancies and to promote adequate fetal growth.

DHA, on the other hand, is associated with brain growth and the functional brain development of infants. It also plays a role in adult brain function. A DHA supplement may improve your ability to learn. Learning difficulties in both children and adults are often associated with low DHA levels.

In combination, these two polyunsaturated fatty acids may help heart disease, certain cancers, symptoms of menopause, lung disease, migraines, and a variety of other conditions associated with an immune system reaction and an inflammatory response.

Omega-3 supplements are a possible alternative to fresh fish, although it's best to get this through food if possible. It's important to find a high-quality supplement that is filtered for mercury as well.

Some possible side effects include a fishy aftertaste, nausea, and an upset stomach.

However, if you have other health conditions, it's always best to first consult your healthcare provider before starting any type of supplementation. They are best able to help you determine the correct dosage and potential contraindications.

The Best Fish For Brain Health 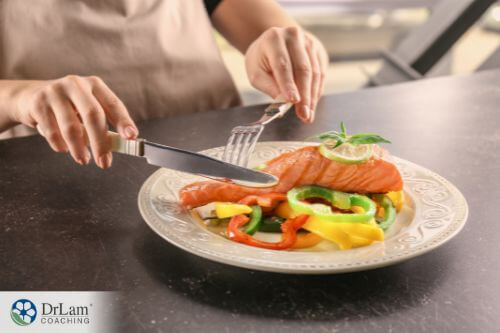 A fish dish two to three times a week is the best way to support your brain health. Just beware of the mercury content in the type of fish you are consuming.

As you may have deduced, the best fish for brain health are fatty fish that are high in omega-3 fatty acids. These predominantly cold-water fish include:

Certain shellfish, like oysters, muscles, and crabs, along with squid, also have a relatively high omega-3 fatty acid content.

Many fish species are farmed commercially. On the whole, ocean-caught fish are a better option because they tend to not be exposed to the various waste products, toxins, and antibiotics farmed fish encounter.

However, you need to be aware that numerous ocean areas, especially around estuaries where river water enters after being exposed to toxic waste, are polluted. Many fish caught in these areas have high mercury, lead, or sulfur content.

When regularly consuming these exposed fish, you can experience a buildup of these toxins in your body. This could have a severe effect on your adrenal glands and general health. You may develop new symptoms or see a worsening of an existing health issue. So, before purchasing fish, make sure you do so from a reliable source and that you know where these fish come from.

Fish species most likely to have a high mercury content include tuna, mackerel, and cod.

Also, when buying fish, make sure they come from a sustainable source. A large number of fish species have seen a marked decline in their numbers over time due to overfishing.

And lastly, when purchasing fish, do ensure your seller uses proper handling procedures. You need to store fish under a certain temperature at all times to ensure that it does not spoil.

Eating fish for brain health can help on many levels. Not only can it reduce cognitive decline due to the aging process, but it can help with the cognitive development of infants and children as well.

And the benefits do not end there. Fish high in omega-3 fatty acids may benefit a host of health issues, including depression, ADHD, arthritis, macular degeneration, and more. If you decide you want the benefits of omega-3 fatty acids but do not want to eat fish, you can consider taking a supplement. However, remember to talk to your healthcare practitioner before you start taking any type of supplement.

If worried about cognitive decline, or you want to know more about fish for brain health, the team at Dr. Lam Coaching can help. We offer a free** no-obligation phone consultation at +1-626-571-1234 where we will privately discuss your symptoms and various options. You can also send us a question through our Ask The Doctor system by clicking here.

Brain and adrenal health are strongly linked. Therefore, whatever you do to improve the health of one, has a beneficial impact on the health of the other. So yes, eating fish for brain health may help improve adrenal fatigue because it may provide adrenal support as well.