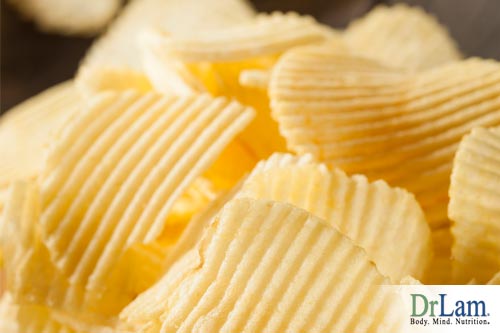 Salt cravings may be due to your current diet, or certain medical conditions. With most Americans consuming too much salt in their diet, certain health issues like hypertension are not uncommon. The problem with salt is that it can become an addiction. On the other hand, though, your salt cravings may result from a deficiency. It may also result from Adrenal Fatigue. The reason for this is the body’s ability to retain salt decreases when you have weak adrenals, which tends to deplete the body’s store of sodium. As an automatic compensatory mechanism, the body tries to bring in more salt, with the result that sufferers experiencing salt cravings.

There are a number of reasons why people crave salt. We will look at a few of them.

Adrenal insufficiency is also known as Addison’s disease, a condition that results in low blood pressure and heightened salt cravings.

Among the many hormones produced by the adrenal glands is one called aldosterone. Aldosterone is a mineralocorticoid, a class of hormones primarily concerned with electrolyte and water balance in the body. This hormone is the primary mineralocorticoid and is largely responsible for regulating the balance of sodium and water. Aldosterone’s main site of activity is in the kidneys, where it acts to retain sodium in the blood, capturing it before it gets excreted as urine. This it does this by trading potassium to recapture sodium, thereby lowering your blood’s potassium concentration. We’ll come back to why this is important soon and what impact it has on your craving for salt.

So when the adrenal function is low as is the case in Adrenal Fatigue, adrenal hormone production is compromised resulting in lower aldosterone levels. This is referred to as hypoaldosteronism. The Adrenal Fatigue mediated hypoaldosteronism means a weakening of our ability to recapture and retain sodium in the kidneys that results in a higher salt loss.

Now, this increased sodium loss through urine has some interesting secondary effects. The basic laws of thermodynamics state that salt concentrations will try to balance themselves out in solution. With the level of aldosterone inadequate to recapture sodium and move it back into the bloodstream, more water begins to flow into the kidneys to dilute the higher than normal concentrations of sodium, and you get a reduction in blood volume and pressure. People may also experience an increase in urination frequency.

Remember too that aldosterone has the effect of lowering potassium in the blood. This is important because potassium and sodium have antagonistic physiological effects; that is, the action of one opposes and balances out the other. Having a proper balance of the two in the body is necessary for optimal function. With the accelerated loss of both sodium and water experienced in adrenal fatigue, blood potassium levels remain normal and even a little higher without aldosterone to thin it out. The imbalance in sodium and potassium, which normally should be in balance relative to each other, means the body feels the sodium loss even more strongly.

All of this comes back to the fact that the body doesn’t have as much sodium as it wants, initiating a craving for salt. The body signals the brain that sodium is in short supply, and more sodium needs to be consumed to meet the demand. Blood pressure will tend to rise as the body starts a reactive vasoconstriction process in order to combat the dropping blood pressure.

People suffering from this condition may also notice the following symptoms:

Usually diagnosed during infancy by means of a blood test, you can manage the condition by taking magnesium, salt, and potassium supplements.

People living with high levels of stress often turn to food as a means of coping. These so-called comfort foods tend to have high sugar, fat, or salt levels. This combination may have negative health implications, such as obesity, high blood pressure, or heart disease.

Stress is also linked to higher levels of ghrelin, a hormone that increases your appetite.

Cravings for salty foods when bored is a similar situation as eating when stressed. You may not really experience hunger, but your brain is looking for something to do and eating makes you feel better.

True signs of hunger include a rumbling tummy, an increasing need to eat, and a willingness to eat any food, not something specific like salty popcorn, for example.

A life-threatening, hereditary condition, cystic fibrosis may affect your lungs and digestive tract. The condition itself results in your body using larger-than-normal quantities of salt. This means that you may have too little water content in your body that results in a thicker mucus lining that may both clog up your lungs while obstructing your pancreas. This salt imbalance thus results in salt cravings.

Premenstrual syndrome, or PMS, usually occurs during the few days before a woman has her menses. This period may see a woman go through emotional and physical changes concurrent with food cravings. Salt cravings during this time are very common and may be related to fluctuations in hormone levels.

A lack of sleep, according to studies, is linked to certain health issues as well as salt cravings. Seemingly, sleep-deprived people tend to have a lower resistance to these food cravings, resulting in them eating more and thus gaining weight.

Salt tends to leave your body through the sweating process. In most cases, light sweating is fine and does not significantly lower your body’s sodium levels. Sweating also sees a drop in your body’s fluid content, but a glass or two of water usually takes care of this.

Heavy sweating, such as that experienced by endurance athletes or people who work in extremely warm environments may lose much more sodium and water. Here, higher salt and water consumption may be needed to remedy the situation. These people will also tend to crave salt, but only consuming the added salt without topping up on fluids may cause an imbalance. Drinks containing sodium as well as other electrolytes go a long way in replacing the fluids and salt lost while sweating profusely

Is Salt Good Or Bad For You? 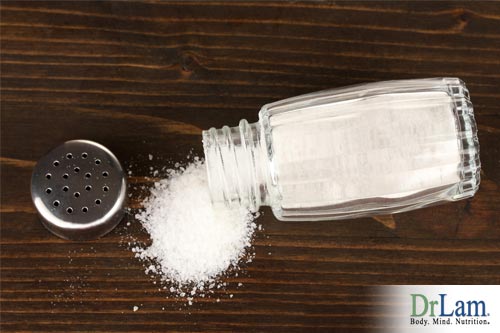 The commonly accepted modern dietary guidelines today demonize sodium. Studies have linked high sodium consumption to cardiovascular problems such as hypertension. In all modern societies, where many foods are processed and refined and contain high enough levels of sodium to be a problem, this seems to make sense. So if we have salt cravings, is it safe to eat more salt? Won’t it cause cardiovascular issues? Shouldn’t we be trying to lower our salt intake?

Well, in the case of Adrenal Fatigue, the salt cravings you experience are a result of an actual deficiency in the level of sodium both compared to optimal levels as well as relative to potassium. Sodium is an essential electrolyte our bodies need to function. The nutritional crusade against sodium in western countries is a result of an epidemic of excessive intake.

In fact, more in-depth studies comparing sodium intake to cardiovascular outcomes sees a weak correlation between the two when subjects aren’t consuming excessive quantities and when sodium consumption is balanced with potassium consumption. Even more interesting, low levels of sodium intake were also correlated with higher incidences of cardiovascular events. So it seems it’s not just high amounts of sodium that cause health issues; sodium itself isn’t the problem nor is the craving for salt necessarily. Getting the right amount of sodium, and balancing it against potassium is the key to preventing sodium related cardiovascular health issues.

Craving for Salt: The Dangers of low sodium

Now for many sufferers of Adrenal Fatigue, the salt cravings are mostly an annoyance. This is the case when AFS is in the early stages, and the body can tolerate minor to moderate imbalances unhappily, but still functionally. If adrenal function weakens to more severe stages, aldosterone deficiency can become more pronounced and symptoms of hyponatremia (abnormally low blood concentration of sodium) can become evident. Sufferers of AFS therefore often do well with more sodium intake. In fact, those with high blood pressure and AFS will tend to see their blood pressure normalize as sodium repletion is underway.

At the most severe end of the spectrum, we have studies of individuals with Adrenal Insufficiency, a medical condition not connected to Adrenal Fatigue but similar to it and much more severe with respect to a lack of adrenal output. Such individuals with severely impaired aldosterone production experience a debilitating array of hyponatremia symptoms such as nausea, vomiting, muscle weakness, spasms and cramps, and short-term memory loss. At its most severe, hyponatremia can produce life-threatening symptoms including kidney failure, seizures, heart failure, and even coma. In such cases, prescription medications that help the body retain sodium may be required.

Failure to properly balance electrolytes can also worsen adrenal fatigue. This usually is a consideration for those in advanced AFS. Unfortunately, this happens much more frequently than one thinks. Extensive clinical experience is needed when sodium and potassium balance is in jeopardy. Self–navigation efforts often fail and can backfire, triggering frequent adrenal crashes.

Fortunately, most people dealing with Adrenal Fatigue will never need to experience the worst of these symptoms. The solution, of course, if you are experiencing salt cravings, is to consume a bit more salt. The extra intake of salt will offset the extra loss due to lower than normal aldosterone, and reduce stress by resolving or reducing the electrolyte imbalance. 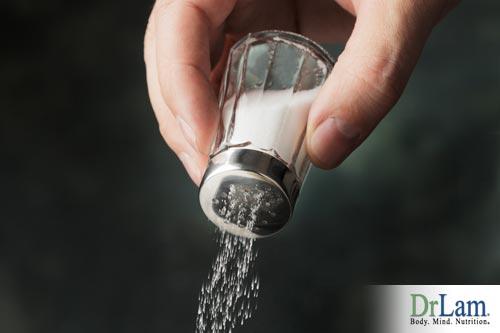 We mentioned earlier that a lot of people reach for potato chips or other satisfying salty snacks like pretzels when the craving strikes. While they may be feeding the body’s need for more sodium, the problem with many such snacks is they have little nutritional value and can be saturated with oils and refined carbohydrates. For those with Adrenal Fatigue, proper nutrition and diet are important components to recovery, so these kinds of snacks may address one aspect of Adrenal Fatigue but in the end, do more harm to the body than good.

Properly addressing the salt cravings shouldn't involve much more than adding more salt to your normal meals. With the caveat that there are no preexisting heart problems or blood pressure problems, adding as much salt as you feel comfortable eating until you notice the salt craving symptoms decreasing should be considered. When the body has enough salt internally, more salt will lead to unpleasant symptoms such as nausea. Reduce salt intake if you experience this.

We do have to recognize that just liking salty foods or having the occasional hankering for something salty isn't exactly a smoking gun for Adrenal Fatigue. However, Adrenal Fatigue is a gradual and insidious condition, often taking many years to develop to the point symptoms can be noticed. If you have multiple signs that seem to correlate with one another, it's time to educate yourself. Get a better understanding that little things like salt cravings might be clues the body is trying to get you to recognize there's some underlying dysfunction, which may very easily turn out to be Adrenal Fatigue.

How To Reduce Salt Cravings

If you are someone who constantly has salt cravings, please find out whether these cravings are due to a medical condition. If, however, these cravings result from boredom or stress, the following may help with the situation:

If you would like to know more about dealing with salt cravings or need some assistance in addressing the problem, the team at Dr. Lam Coaching can help. We offer a free** no-obligation phone consultation at +1-626-571-1234 where we will privately discuss your symptoms and what your options are. You can also send us a question through our Ask The Doctor system by clicking here. 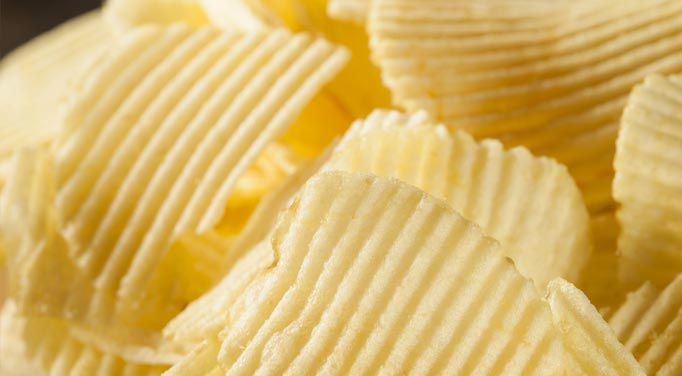