What Brain Fog Is 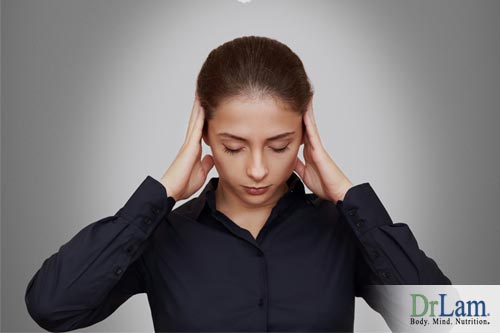 Brain fog causes a reduction in cognitive function throughout the day. People who are experiencing Adrenal Fatigue frequently complain that brain fog causes constant disruption. It is obviously important to understand why certain cognitive functions seems to be deficient or not functioning right. Everyone needs his or her memory and other cognitive abilities in order to do most tasks in life. This article will address the reason why this is such a common complaint. It will expand in detail on the relationship between Adrenal Fatigue and brain fog causes.

Most ordinary day-by-day living requires cognitive functions to be running at its best, but brain fog causes the processes to be affected and can greatly impact work capabilities. This is especially true for those individuals who have careers that demand a lot of thought and mental work. Nowadays, that is just about every job to one degree or another, because most people spend a lot of their time working on a computer.

How is brain fog described? It isn't necessarily long-term memory impairment, but it does involve the mental process. Short-term memory may, however, be challenging. Recalling information and overall clarity is somewhat impaired.

In one instance, an individual might put their keys down and completely forget about them only a few minutes later. This is perhaps one of the more common examples. It could be difficult to remember telephone numbers or multi-task because one of those tasks might get forgotten.

Brain fog causes challenges at times when working in a job where one must look over a complicated spreadsheet. Suddenly the numbers and formulas seem to be incomprehensible for no logical reason. Of course, this can be an extremely discouraging and frustrating thing to deal with.

This type of confusion can wax and wane and it does not always follow any kind of identifiable pattern. Some individuals might find that their brain fog has something to do with food, particularly any type of food that is fried or high in trans-fat. It can be extremely upsetting when one's cognitive function just seems to come and go. Sometimes it can even be embarrassing, such as losing a train of thought in the middle of an important conversation or presentation.

Brain Fog Causes are Different from Other Cognitive Conditions

It is important to note that Alzheimer's or dementia are quite different from the brain fog mentioned here. The symptoms of those problems generally involve organic changes within the brain, which is one of the primary distinctions. In brain fog, if the brain were analyzed under a microscope it would appear normal and have all of its normal functions. There would be no structural issues or plaque buildup that could point to these cognitive issues.

Even in a brain that is functioning normally, brain fog can still be present. Scientifically there has not yet been a conclusive explanation for brain fog existing in a normal brain. It is known, however, that many people who have Adrenal Fatigue and liver congestion typically experience brain fog. 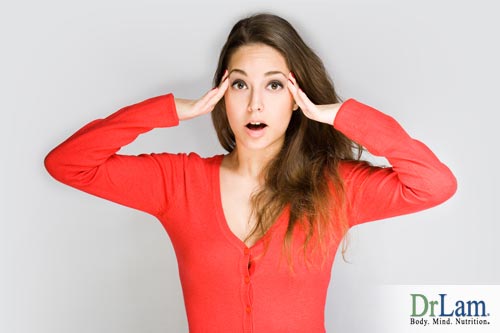 When Adrenal Fatigue has already taken its roots in a person's body, energy is at a low state. Consequently, the body must do what it can in order to conserve that energy. To do this, the body slows down and the function of certain organs starts to decrease somewhat. The gut slows down, for example, and this can lead to irritable bowel syndrome. This is one of the body’s defense mechanisms.

The liver is responsible for breaking down toxins, metabolites, and inflammatory compounds in the body. The liver is one of the other primary functions that get slowed down during low energy situations. As a result, this can lead to metabolic buildup. The liver is a very crucial organ and it has the job of cleaning the body of metabolites that are not wanted. After an individual eats, takes medications, or drugs, the liver then takes out the unwanted materials. In a way, the liver takes out the trash of the body, collecting and breaking down large byproducts into smaller ones. After the byproducts have been broken down, they can exit the body through bowels and kidneys.

The microscopic cellular structure is still normal even when the liver function slows or one suffers from Adrenal Fatigue. This is why laboratory tests and doctor visits will generally come up entirely normal. The congestion caused by sluggish liver function, however, can build up. Just like when a road becomes too full of cars the vehicles slow down and become congested, essentially the same thing takes place within the human body. This makes it very hard for the body to metabolize and process as it needs to, and in time, this causes buildup.

The metabolic byproducts just mentioned are fat soluble, and they are actually called lipophilic, which means that they are attracted to fat. This often means that they end up in the brain as they travel through the bloodstream because the brain is comprised of a lot of fats. When the metabolites station themselves in the brain, as many of them do, they end up housed within the brain for longer than is good. Naturally, this had some negative ramifications. 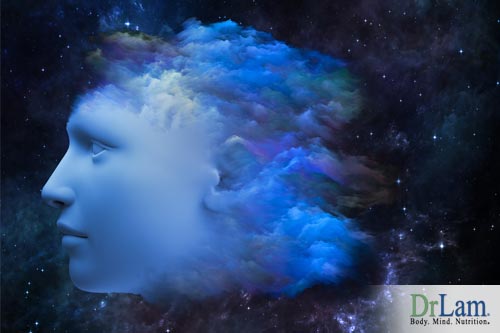 In an effort to rid itself of the metabolites, the brain will become inflamed. As a result, the brain isn't able to receive electrical signals quite as easily. The end consequence naturally is brain fog. This is the chain of events that takes place and often leads to certain cognitive troubles that are very difficult to handle.

Although it is certainly quite problematic and frustrating, brain fog caused by metabolites and inflammation is not the result of a terminal illness. It is also directly related to Adrenal Fatigue. As the adrenals strengthen, energy will return to the body. The liver and gut will start functioning better again, and inflammation and congestion in the body will decrease, thus leading to less brain fog. As the adrenal glands become healthier, brain fog tends to subside and improve.

Many people use detoxes and cleanses in order to try to get their mental clarity back. These methods can be too aggressive for the body, however, and actually, make the body less healthy. This is due to retoxification. When the body undergoes detoxification rapidly, the clearance pathways in the body are not able to dispose of all the toxins. As a result, toxins that are not disposed will end up being reabsorbed into the body, resulting in a retoxification reaction. This is very stressful on the body and even more so in the setting of Adrenal Fatigue, where the body is already weakened. If not done carefully, detoxification leads to a crash.

The primary point is that foggy thinking and brain fog are both very common in Adrenal Fatigue. Focus on helping the adrenals recover is the cornerstone to helping reduce brain fog. Helping the body detoxify is a good idea as well, but can have its drawbacks if not performed carefully and under proper guidance and supervision.