The Benefits of Lysine for Adrenal Fatigue Syndrome 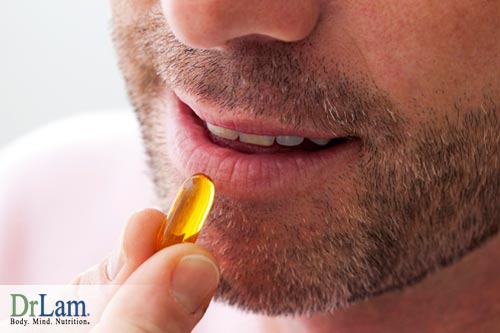 Adrenal fatigue can happen for a variety of reasons. Healing adrenal fatigue syndrome, or AFS, requires making changes in several life areas including, lifestyle choices, diet, and adopting a program of nutritional supplementation that restores the full health and functionality of your adrenal glands, nerves, and other organs. The benefits of lysine in improving symptoms of AFS are found in this amino acid's proven track record of reducing symptoms of anxiety, a mental health condition connected to an increased burden on the adrenal glands. When healing from adrenal overload, reduction of stress in all forms is a key to success.

About the Adrenal Glands and AFS

Adrenal fatigue syndrome, or AFS, is a condition thousands of people live with, many without even knowing what they have. Symptoms include relentless fatigue during the day, not feeling rested after sleep, insomnia, reduced sex drive, a "wired and tired" feeling, a reduced ability to concentrate and feel relaxed, and weight gain, especially in the stomach. Depression, forgetfulness, "brain fog", and dark circles under the eyes are other common symptoms of AFS.

AFS is becoming more common and younger people are increasingly developing the condition. Our modern world contains many new sources of chronic daily stress. Activities like sitting for long periods in front of electronic devices, addiction to social media, driving instead of walking, and frequent trips to eat at fast food outlets all stress the body and mind over prolonged periods and can contribute to a person developing adrenal dysfunction.

Healing AFS involves identifying and reducing sources of stress, improving diet and exercise habits, and utilizing dietary supplementation that supplies an abundance of nutrients associated with the nervous system, the adrenal glands and general recovery from stress. The benefits of lysine in healing AFS involve lysine’s ability to reduce symptoms of anxiety by increasing the body's levels of the neurotransmitter serotonin and thereby reducing stress on the adrenal glands, so they can heal.

Healing of adrenal fatigue requires attention to several aspects of the person’s overall life and health including:

Healing AFS benefits from eliminating caffeine, sugar, and refined food products from the diet completely and replacing them with nutrient-dense foods like:

Some of these foods are high in the amino acid lysine. One of the benefits of lysine is for reducing symptoms of anxiety and stress on the adrenal glands.

Lysine is a type of amino acid which the body must get from nutrients in the diet. Some amino acids are made by the body from simpler building blocks, but lysine is among nine amino acids that the human body cannot make on its own. Amino acids are the main components of proteins which are needed in every part of the body, including in the production of hormones like cortisol.

Lysine is naturally present in certain foods, including red meats, fish, milk, eggs and some beans. There is no current daily requirement level set for lysine intake, but the average healthy, adult person’s body utilizes between 500 and 800mg a day.

Lysine supplementation above this level is generally considered safe, as long as levels recommended by the supplement manufacturer are followed. People who have a cardiovascular condition, elevated triglyceride, or high cholesterol should consult with their doctor about lysine supplements before starting them.

Evidence from scientific studies shows that the benefits of lysine supplementation include reducing symptoms of anxiety in many anxiety conditions, including generalized anxiety disorder, OCD, and PTSD. Anxiety symptoms involve overworking of the adrenal glands, leading to an eventual breakdown in cortisol production and regulation and development of the symptoms of AFS.

The Benefits of Lysine for Adrenal Fatigue

It has been shown in controlled studies to be beneficial for reducing anxiety. Some of these studies have revealed that lysine affects mood and anxiety levels by increasing serotonin, a neurotransmitter strongly involved in feelings of wellbeing and happiness.

Studies in rats demonstrated that a deficiency in lysine caused negative changes in the release of serotonin and led to anxiety responses. Another experiment found that giving rats a supplementation of lysine reduced anxiety in stressful situations. Scientists also attributed this result to an increase in serotonin in the rat’s brains brought about by lysine supplementation. 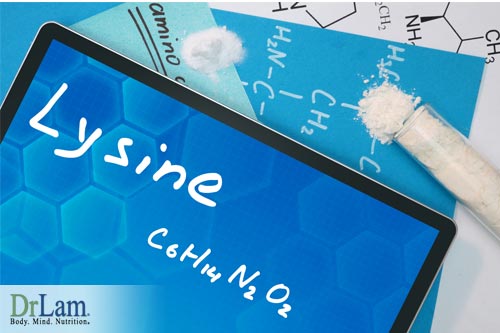 Lysine has also proven useful in reducing anxiety in studies involving humans. In a study with 108 adults in Japan, a week of lysine supplementation had a significant effect on lower symptoms of anxiety. All of the study participants were people who were experiencing ongoing stressful events or who had been diagnosed as having chronic anxiety personality traits. Both groups reported significantly reduced symptoms of anxiety after taking oral lysine supplements for a week compared to a control group who did not receive lysine supplements.

Another study examined stress levels in families in Syria who were living in marginal and highly stressful circumstances. In a random, double-blind experimental design, half of the approximately 100 families who participated in the study received wheat flour that was supplemented with lysine, and the other half received rations of flour without this additive. All of the families relied on wheat flour as a main source of food. After three months, researchers measured stress levels and anxiety in both groups and noted a significant reduction in the group who consumed the lysine-fortified flour diet. These studies show that lysine supplements can make an important contribution in lowering anxiety in people who are under stress or who are naturally anxious.

In healing AFS, it is important to keep daily stress levels at a minimum. As adrenal fatigue progresses, a person’s ability to handle stress goes down, making it even more important to find ways of managing stress symptoms. The benefits of lysine in healing AFS are that lysine supplements make it easier to manage stressful situations without becoming anxious.

Scientific studies that directly assess the effects of lysine supplementation for healing AFS have yet to be done. However, there is no question that a diet high in essential nutrients like lysine has been an important part of the healing process for people who have recovered from adrenal fatigue because of its work on the neuroaffective circuit and the nervous systems.

There are, however, a number of studies that have shown that lysine supplements reduce anxiety in both animals and humans. Lower anxiety and stress levels is vital for restoring good adrenal function. The benefits of lysine for healing AFS are in this essential amino acid’s ability to increase serotonin which leads to a greater sense of wellbeing and relaxation and thereby puts a lower demand on the recovering adrenal glands. Unfortunately, those who suffer from advanced stages of AFS may experience paradoxical reaction. In other words, instead of feeling relaxed, more anxiety is felt instead. Always consult an adrenal fatigue literate physician prior to taking lysine if you are weak or sensitive.