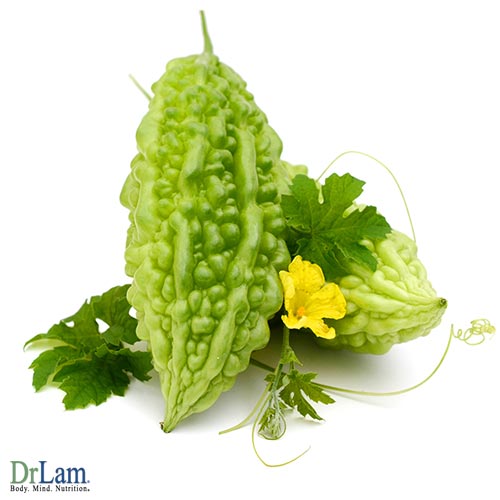 Bitter melon is a fruit that grows in many different countries of Asia, Africa, and the Caribbean. It has been used since ancient times as an important part of traditional natural medicine. More and more scientific evidence is supporting these long known bitter melon benefits, many of which could be very helpful for those undergoing chronic stress or with Adrenal Fatigue Syndrome (AFS).

Bitter Melon in the Control of Diabetes

For many years, bitter melon has been considered able to improve the condition of those with non-insulin-dependent diabetes, or type II. This is one of the bitter melon benefits that is most frequently cited. Many studies have shown that the compound charantin and several other mechanisms work together synergistically to create a hypoglycemic effect.

Bitter melon, or bitter gourds, reduce the absorption of glucose in the bowel, therefore reducing the blood sugar levels. Also, it appears to stimulate the secretion of insulin by the pancreas islets, promoting glucose intake by cells. These mechanisms can have a positive effect on those suffering insulin resistance or glucose intolerance as a consequence of a high-carbohydrate diet.

However, use caution when combining the consumption of bitter melon with hypoglycemic medication, as it could create a more intensified hypoglycemic reaction. For those with diabetes type I, who are dependent on insulin injections, eating bitter melon can add dangerously to the effect of the insulin. In some cases, it can cause blood sugar levels to drop drastically to the point of causing a hypoglycemic coma, which has been reported along with abnormal heart rhythm. Therefore, if you are thinking of supplementing your diet with bitter melons while consuming hypoglycemic medication, consult your physician first.

In the case of adrenal fatigue, when cortisol levels change, blood sugar levels may drop drastically, producing reactive hypoglycemia. Food sensitivities are a common symptom that many suffer from as well. If this is a concern, exercise caution and consult a professional before adding bitter melon to your diet.

For those who are looking to lose some weight, bitter melons benefits appear to include the capacity to slow down weight gaining and reduce visceral fat. At the same time, this can have a positive effect on blood cholesterol as it reduces bad cholesterol (LDL) while increasing good cholesterol (HDL).

Although the exact mechanism that reduces fat absorption is unknown, it is theorized that the formation of fatty acids (lipogenesis) and the deposit of fat is inhibited, while fat metabolism is promoted. The bitter melon also reduces fat deposits in the arteries, making it them easier to move. This, in turn, diminishes the risk of cardiovascular problems such as atherosclerosis, hypertension, or stroke.

A common consequence of AFS is uncontrolled weight gain and an inability to lose it. This occurs because, in the early stages of the syndrome, high cortisol levels tend to promote fat retention, especially in the waist region, because the body is storing extra energy to respond to a stressor. This may also produce an increase in blood cholesterol because of higher amounts of fatty acids in the body. Eating bitter melon is beneficial for this because it reduces the quantity of fatty acids retained in the body, thus reducing fat deposits, and it also makes it easier to metabolize fat already deposited in the body.

Bitter melon has been used in Asian and African culture for many years as a medicinal plant for stimulating the immune system and cleansing the blood. Many studies have been done to demonstrate the abilities of this fruit and its leaves to prevent conditions such as malaria and measles. It’s also helpful for patients infected with HIV. In addition, this fruit has antibacterial properties which are particularly effective against Escherichia coli, a bacterium that affects the gastrointestinal tract and even is considered a risk factor for stomach cancer.

The relationship between stress and a decreased immune response is well established by research. This happens because cortisol has an immunosuppressive effect. Elevated levels of cortisol in the early stages of AFS can make you more prone to infections from all types of microorganisms and viruses. Because of this, bitter melon benefits those in the early stages of AFS by preventing the onset of viral conditions such as herpes, mononucleosis, measles, and chickenpox. 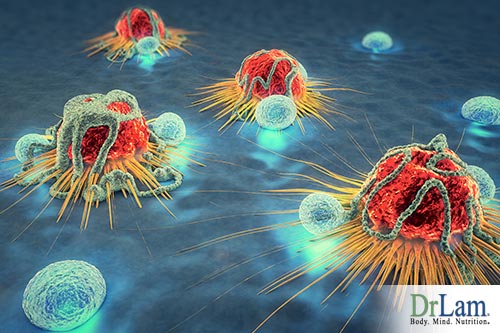 Many studies have demonstrated that bitter melons can have anticancer activities in many different types of cancer cells throughout the body. This appears to function in two ways. First, it stimulates the production of defense cells, called natural killer cells, that attack cancer cells. Second, bitter melon causes cell death (apoptosis) of cancer cells by stopping the cell cycle or depriving them of glucose, which is essential for cellular activity, growth, and multiplication. These properties of the bitter melon have been studied in several types of cancer, including cervical, breast, prostate, and pancreatic cancer.

For those with AFS or under stress, it should be noted that natural killer cells can be affected by the increase of cortisol. This may imply that there is a greater risk of cancer cell formation in the early stages of AFS, especially in the breasts. Eating bitter melons could help protect the body from tumor formation.

Nutrients and Vitamins in Bitter Melons

Bitter melon nutrition can be very high. This fruit is packed with vitamins including vitamin C, vitamin A, vitamin K, and complex B vitamins, which have a positive effect against free radicals that cause premature aging.

Bitter melon also contains flavonoids like lutein, carotenes, and zeaxanthin, which are beneficial for the eyes. Thanks to all of its vitamins and nutrients, bitter melon works as an antioxidant to have a positive effect on eyesight, skin, blood coagulation, cellular turnover, and growth. It can also promote good digestion and intestinal movement to relieve constipation problems.

As part of the AFS recovery process, it is recommended to supplement the diet with vitamins to return the adrenal glands to optimal function. Vitamins C and B are both highly recommended as supplements, can be found in bitter melons, and may be a good complement to the diet of the people affected by AFS.

Some risks go along with consuming bitter melon.

Pregnant women are at greatest risk of suffering from the adverse effects of this fruit, as it may produce an emmenagogue effect, increasing blood flow to the pelvis and uterus and possibly causing miscarriage or contractions. Women who are pregnant should not consume bitter melon. In women who are not pregnant, it can stimulate menstruation. In both men and women, bitter melons can produce infertility. For breastfeeding women, it is better to avoid fruit consumption as there is not enough evidence that it is safe for the baby.

The alkaloids in bitter melons can produce intolerance in some people, especially children, who are more susceptible to the toxic effects of this fruit. Intolerance can produce diarrhea, nausea, vomiting, stomach pain, and muscle weakness. 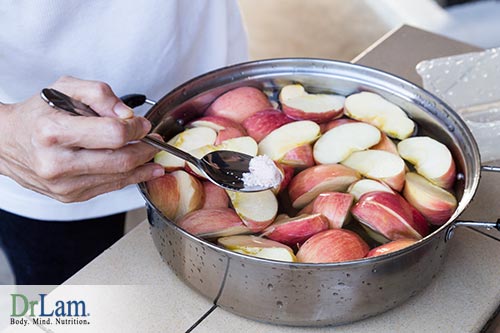 One way to reduce the possibility of toxic effects is to let the fruit soak in salt water or boil it for 10 minutes before eating. However, in all cases, feeding it to children is discouraged.

Some people have a risk for developing favism after consuming bitter melon seeds. This condition is characterized by the appearance of hemolytic anemia and accompanying symptoms such as paleness, fever, weakness, vertigo, tachycardia, and icterus. There is a genetic predisposition for the development of favism because of the inherence of a defective enzyme called G6PD. It is more frequent and worse in men than women.

The negative effects of bitter melon can be even worse for those people who are suffering advanced adrenal fatigue. In these stages, the body can be very sensitive, and care must be taken when introducing new food types.

Bitter melon contains healing properties that can provide great benefit to the body. However, eating bitter melons can add to the consequences of high cortisol and produce a potentiating effect, so the consumption of bitter melons should be avoided for all pregnant women and those who suffer from advanced AFS.

Which are the most significant bitter melon benefits?

Many of bitter melon benefits have been proven true thanks to scientific research. The most significant benefits are the hypoglycemic effect of charantin, and bitter melon’s ability to reduce fat deposits and absorption, which are valuable for those with type II diabetes.