Artemisinin (Wormwood) - From Malaria To Cancer 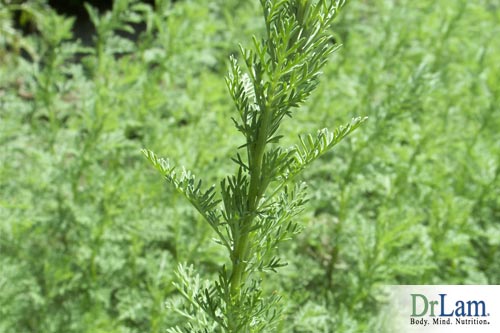 Like artemisinin, many marvels of modern medicine are discovered by accident.
Some of these include:

History documentation showed artemisinin was used to treat intestinal parasitic infections, hemorrhoids (its an anti-inflammatory) and malaria as early as 2000 years ago. It has only been recently that artemisinin's properties have been discovered by modern medicine.

The Use for Malaria

This treatment for malaria was, however, lost over time. It was only rediscovered in an archeological dig in the 1970s where its medicinal use was found in a recipe inside a tomb. The formula was dated back to 168 B.C. where the Chinese chemist isolated the primary active ingredient from the leafy portion of plant called A. annua L.

In 1972, scientists in the West called this crystalline compound "qinghaosu" or "artemisinin". Since then, studies in China and Vietnam have confirmed that artemisinin is a highly effective compound with close to 100 percent response rate for treating malaria. It has the ability to destroy the malaria parasite by releasing high doses of free radicals that attack the cell membrane of the parasite in the presence of high iron concentration. In fact, over one million malaria patients have been cured via this method. Their symptoms also subsided in a matter of days.

However, the treatment using this herb to treat malaria is not approved for use in the U.S.A due to the concern that it has a 21 percent recrudescent rate. Scientists believe that this is more likely due to patients not taking the compound for a long period. Many of them actually stop taking it as soon as their symptoms subside.

Artemisinin comes in a few derivatives, including the oil soluble artemether, which has been found to induce neurotoxic symptoms in animals in high dose (but not reported in humans). For those who are technically inclined, the activities of all artemisinin derivatives are dependent on their internal endoperoxide bridge. It is therefore a close relative of hydrogen peroxide therapy. While the exact mechanism is still under intense research, it has been shown that this herb works via highly reactive oxygen-based free radicals that becomes activated in the presence of iron. Iron is an oxidant, and our body tries to protect us from excessive iron moving it to a binded state such as hemoglobin and enzymes. The malaria parasite accumulates iron by infecting iron-rich red blood cell. 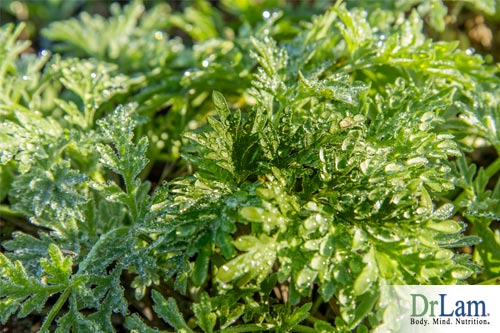 Excessive iron that is spilled onto the surrounding tissues will activate the artemisinin to generate a burst of free radicals that attack the iron rich cells, killing the parasite in the process.

In other words, this compound works well in an iron rich environment (remember that malaria lives in the red blood cell rich in iron) through the release of free radicals that serve to damage the malaria organism. It is also interesting to note that drugs known to work by enhancing oxygen radical effects such as doxorubicin can enhance the effects of artemisinin.

For malaria, there is no resistance nor toxicity at the dosage of 3 grams, (about 50mg/kg) administered over a 3 to 5 day period. It is especially useful in the treatment of drug resistant malaria.

Outside of the United States, artemisinin is the number one natural herb used for malaria treatment.

The Use for Cancer

So far, the most extensive study on the use of Artemisinin as an anti-cancer agent was carried out by bioengineering scientists Drs Narenda Singh and Henry Lai of the University of Washington. This study was reported in the Journal Life Science (70 (2001): 49-56).

Iron is required for cell division, and it is well known that many cancer cell types selectively accumulate iron for this purpose. Most cancers have large number of iron attracting transferring receptors on their cell surface compared to normal cells. In laboratory studies of radiation, resistant breast cancer cells that has high propensity for accumulating iron revealed that artemisinin has 75 percent cancer cell killing properties in a 8 hours and almost 100 percent killing properties within 24 hours when these cancer cells are "pre-loaded" with iron after incubation with holotransferrin. On the other hand, the normal cells remained virtually unharmed. Another study showing the effectiveness of artesunate in treatment of cancer was also published in Oncology (April 2001: 18(4): 767-73).

The fact that iron content of cancer cells is high has also been used in another anti-cancer therapy called Zoetron therapy, where iron containing cancer cells are induced into motion using a magnetic device to induce resonance. Resonance generate heat. Cancer cells are more sensitive to heat compared to normal healthy cells. When cancer cells are heated to a certain temperature, they die while normal cells still survive.

Artemisinin is effective against a wide variety of cancers as shown in a series of successful experiments. The most effective is leukemia and colon cancer. Intermediate activities were also shown against melanoma, breast, ovarian, prostate, CNS and renal cancer. Although artemisinin is insoluble in water, it is able to cross the blood brain barrier (the water soluble artesunate is the weakness among the derivates) and may be particularly suitable for curing brain tumors, together with Poly-MVA (an metalo-vitamin) 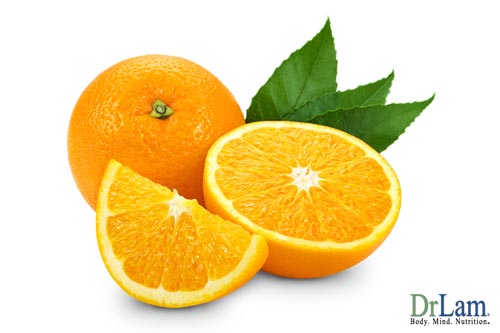 In laboratory studies, iron needs to be added to enhance the effects of artemisinin. Within the human body, no such addition is necessary, as iron already exist in the body. It can also be taken orally and therefore high doses are not required. Some people believe that as nitrogen (tertiary amine) is absent in ART, cancer cells cannot get rid of it once it enters into the cancer cell. As a result, ART stays in the cell much longer.

In addition to the high affinity for iron in aggressive cancer cell types, most cancer cells also lack the enzyme catalayse and gutathione peroxidase. Catalayse breaks down hydrogen peroxide. A low catalayse content means a higher hydrogen peroxide load, which can release superoxide free radicals when properly stimulated to do so. This is in fact one common mechanism among chemotherapeutic agents as well as vitamin C. These traits make cancer cells more susceptible to oxidative damage as compare to normal cells in the presences of hydrogen peroxide. For this reason, administration of vitamin C in high dose is acceptable, although a gap of 2-3 hours is preferred.

According to Dr Rowen , a naturally oriented medical doctor and editor of the medical newsletter " Second Opinion" , the Hoang family of physicians in Vietnam had used artemisinin in the treatment of cancer for years. They have reported that, over a 10-year period, more than 400 patients were treated with artemisinin in conjunction with a comprehensive anti-cancer program with 50 to 60 percent long-term remission rate. The safety record of artemisinin has well been studied for over 25 years. No significant toxicity in short-term use for malaria at high dose of up to 70 mg/kg per day has been reported.

Artemisinin is not a stand-alone chemotherapeutic agent. A combination of nutritional supplements (such as green tea, CoQ10 and pancreatic enzyme) as well as a good anti-cancer diet is required.

ART may be administered orally, with a 32 percent bioavailability as compared to injections. It is highly bound to membranes. Laboratory measurement of its serum level is therefore not exact.

There are three common forms of artemisinin. The water soluble form is called artesunate . It is the most active and the least toxic. It also has the shortest life within the body Artemether is the lipid soluble form. It has the longest life but also the most toxic in high dosage which is seldom needed. The biggest advantage of artemether is that it can cross the blood brain barrier.  Artemisinin is the active parent compound of the plant.  It's half-life is intermediate. It is also very safe, and can cross the  blood-brain barrier. Some clinicians prefer to use a combination of all three forms, while others tend to favor the use of artemisinin alone with great success.

Toxicity and Side Effects 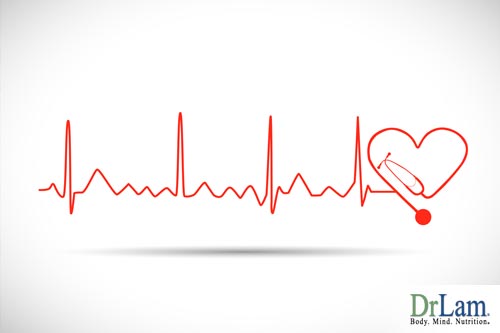 High doses of artemisinin can produce neurotoxicity such as gait disturbances, loss of spinal and pain response, respiratory depression, and ultimately cardiopulmonary arrest in large animals.

In human beings, there are very few reports of adverse effects except for one case of first-degree heart block. According to Robert Rowen, MD, there is a dose related decrease in reticulocyte count for 4 days after artesunate or artemether at doses of 4 mg/kg per day for 3 days. However, the count returns to normal by day 14. When artemisinin suppositories are used, doses as high as 40 mg/kg per day have no effects on the reticulocyte count. In a study, it was reported that up to 35 percent of the volunteers had some form of transient drug induced fever.

When ART is tested with monkeys, they showed no toxicity when they received up to 292 mg/kg of artemether over 1 to 3 months. This is equal to a human dose of 20,000 mg for a 70 kg male (Journal of Traditional Chinese Medicine 2(1):31-36 1982). In another study, there was also no sign of toxicity in over 4000 patients. This does not exclude possible cases of long-term cumulative toxicity which is unknown at this time.

The therapeutic dose ranges from 200 mg a day up to 1,000 mg a day (in divided doses) depending on cancer types and the source of the herb. In laboratory studies, significant cell toxicity is shown to have been effected at dosage as little as 1-2 mg/kg body weight.

The exact dosage is highly controversial. In addition to the lack of clinical trials and individual variations, the dosage is highly dependent on the purity and potency of the herb itself. The same 100 mg capsules from one manufacturer may have different and varied effect from another manufacturer.

Artemisinin should always be taken with food. Cod liver oil, cottage cheese, or fish oil may be administered at the same time to enhance absorption. Generally, 400 to 800 mg per day can be used for at least 6 to 12 months. After that, it can be tapered off slowly.

Always take artemisinin 2-3 hours aside from other antioxidants such as Vitamin C. 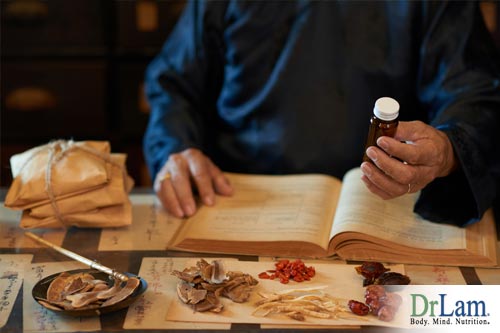 Artemisinin is a "cooling herb" in the traditional Chinese medicine perspective, and some may find it too "cooling" with symptoms such as tingling. If this occurs, then the dosage should be reduced.

Despite its seemingly high degree of effectiveness, it is important to note that artemisinin is not a stand-alone compound. Concurrent use of high dose pancreatic enzyme, daily enema, liver detoxification, and periodic laboratory measurement should also be considered as part of an overall aggressive anti-cancer program.

Due to the increasing popularity of this product, the consumer should exercise extreme caution and buy only from the most reputable supplier. Only genuine and pure artemisinin should be used, and only buy from sources you are familiar with. There is tremendous variation in the potency of the herb.  A 100 mg of artemisinin from one source may be many times more potent than the same 100 mg from another source. Only buy from source you can trust, and not be fooled by inexpensive "alternatives".

Since the herb comes from China and South-east Asia, proper quality assurance on purity and standardization is of tremendous importance. High-grade artemisinin must always be confirmed by independent laboratory analysis on a batch by batch basis to ensure consistence and purity.

Lastly, always check with your health care professional prior to starting this herb.

I don't know what's better for my cancer recovery. I don't want to take all the chemicals of traditional medicine, but I'm unsure if it is wise to seek natural cancer relief.

Conventional medicine’s history of 200 years is young and does not have the monopoly on the total of medical knowledge. Seek the truth and let it bring you to take control of your health.