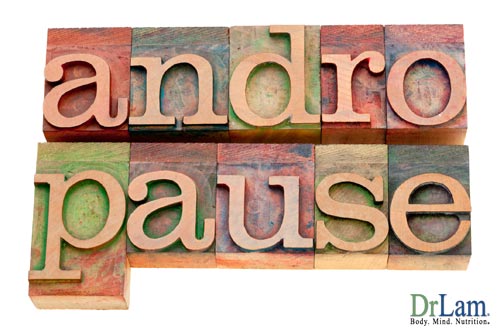 The male reproductive regulatory system consists of four components and these components are affected by andropause symptoms:

The master control starts in the hypothalamus where gonadotropin-releasing hormone (GnRH) is synthesized and is released in a pulsatile fashion into a vascular network that connects the hypothalamus to the pituitary gland. GnRH production and release is controlled by numerous neurotransmitters, including norepinephrine, dopamine, and endorphins. GnRH regulates the release of two pituitary hormones — the gonadotropins — luteinizing hormone (LH) and follicle-stimulating hormone (FSH) in a pulsitile fashion. LH regulates the production and secretion of testosterone by the Leydig cells of the testes, and FSH stimulates spermatogenesis.  Keep reading to learn the impact of andropause symptoms.

Testosterone circulates in the blood in several forms. It can be bound to both albumin and sex hormone-binding globulin (SHBG) where it is referred to as "bound testosterone." This is the least active form. It can also circulate in a free (unbound) form, which is considered the most active.

Testosterone can exert its effects directly on the testosterone receptors in cells. It can also be converted to two active metabolites — dihydrotestosterone (DHT) through the enzyme 5 alpha reductase, or by the enzyme aromatase to estradiol.

So what andropause symptoms should you look for?  What types of andropause symptoms should you worry about? Testosterone, together with its metabolites, is collectively known as androgens. As a group of steroid hormones, they stimulate the development of masculine characteristics and are responsible for male puberty characterized by deepening voice, broadening shoulders, and mustache growth. The hallmark of andropause is declining testosterone levels.

Testosterone levels begin to decline with age after maturation. This is accompanied by the concurrent appearance of a myriad of related physiological changes commonly associated with aging. These changes result in andropause symptoms including diminished libido, reduced frequency of sex (the "senior slump"), erectile dysfunction, infertility, changes in body composition, reductions in body and facial hair, and osteoporosis. Andropause is in effect the reverse of puberty, and the andropause symptoms mimic opposit physical responses.

In addition, mood inventory scores and andropause symptoms indicate that during andropause, men report levels of anger, confusion, depression, and fatigue that are significantly higher than those reported by men with normal testosterone levels. The average human male begins to feel some symptoms of andropause after 40 to 45 years old, which is followed by rapid deterioration after the age of 50.

Many of the andropause symptoms and the aging processes in men are similar to those of hypogonadism. We can attribute at least some of these symptoms to a decrease in testosterone levels, including: 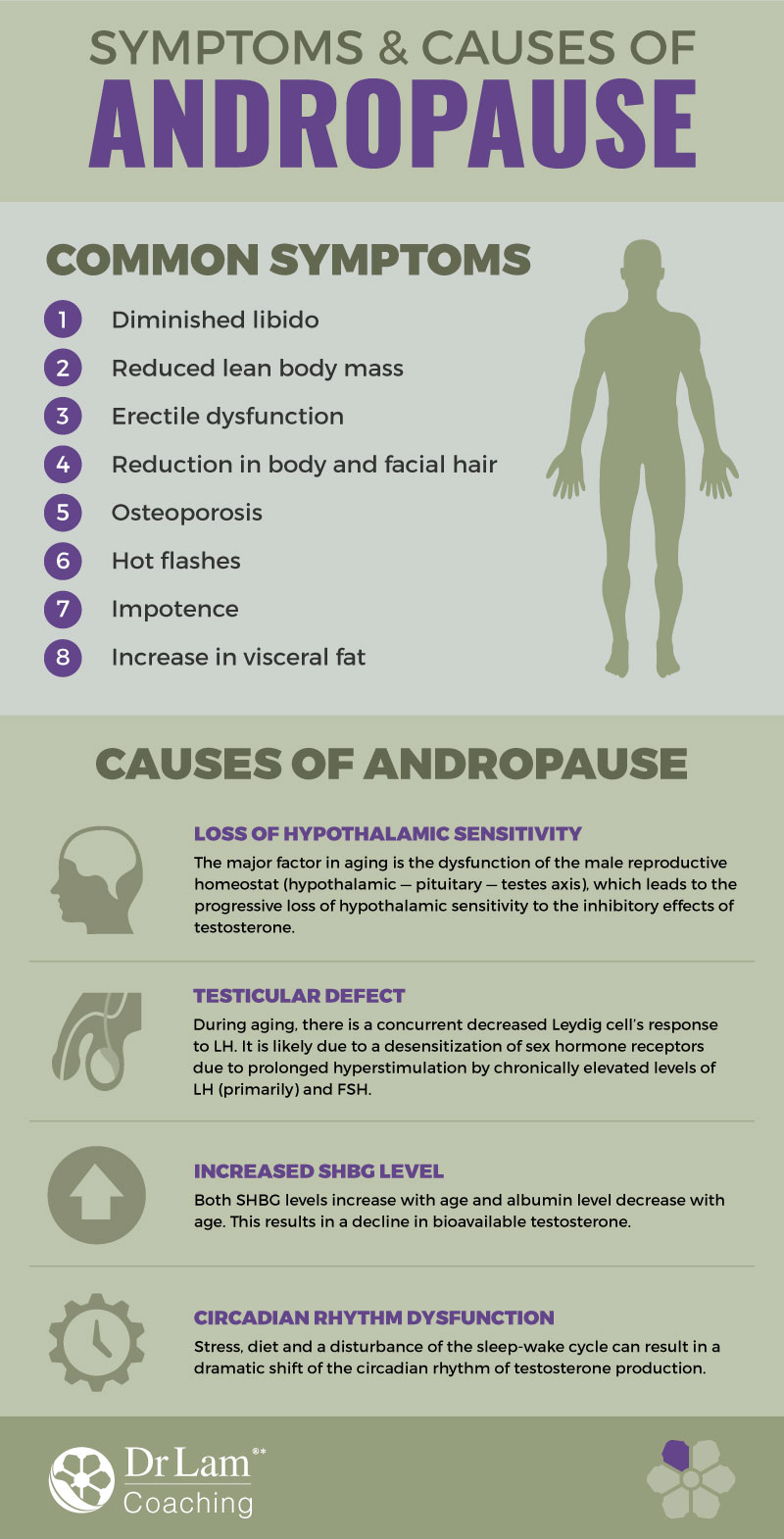 Aging males, like hypo-gonadal men, accumulate preferentially visceral fat as one of many andropause symptoms. This accumulation is a major cause of insulin resistance and the atherogenic lipid profile. This suggests that obesity in elderly men is a more important health hazard than in young men. Contrary to popular belief, clinical trials have shown that a low androgen status increases the risk of coronary artery disease (CAD) or atherosclerosis. It was previously believed that testosterone and other androgens had the opposite effect since men have higher rates of heart disease generally than women. Researchers now find that low androgen levels were associated with an increased incidence of CAD. Men with CAD had a 22 percent lower 'free androgen index'.

In relation to andropause symptoms decreased free and total testosterone levels can lead to increased fat mass, it could also be suggested that the decrease in testosterone levels in the aging male is the consequence of an increase in fat mass. In other words, there is a likely bi-directional relationship, the exact mechanism of which is still not fully known. Obesity is a multi-factorial disease that also includes genetic, social and psychological factors.

Semen analysis in elderly men revealed an alteration in sperm counts in varying degrees from normal to increased or a decreased sperm motility and increase in abnormal sperm forms. This finding in older men suggests some degree of primary testicular failure.

However, after controlling for age, the correlation between serum testosterone levels and sexual activity was not significant. This suggests that reduced testosterone levels are not likely to be responsible for sexual dysfunction and hypogonadism in and of itself is an uncommon cause of impotence in elderly male.  These types of andropause symptoms can be very hard on relationships. 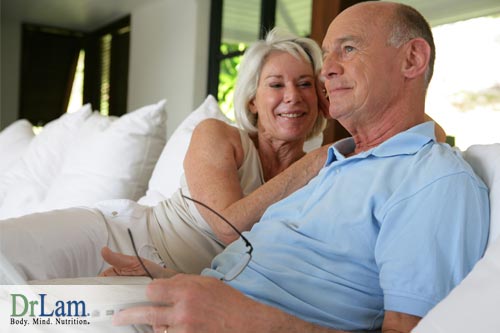 Based on these findings concerning andropause symptoms, the supplementation of testosterone in older men to improve erectile function may be of little benefit. Nevertheless, studies have also shown that aging men with high sexual activity levels have greater plasma testosterone concentrations than men with less sexual activity. Although decreases in serum testosterone may have a correlation with the diminished sexual activity in older men, this effect is probably minor compared with the contributions of psychological, social and other health factors such as cardiovascular diseases. Indeed, the question of whether or not to use testosterone as a replacement strategy in andropause use is not clear-cut.  While andropause symptoms can be intense, so can the affects of hormone therapy.

In studying andropause symptoms, it has been found that the vast majority of men do not experience a total loss of testosterone production compared to the total loss of estrogen that occurs in women in menopause. As a result, they do not generally experience hot flashes.  Hot flashes in men mostly occur when there is a complete loss of testosterone such as during gonadal failures, pituitary problems or treatments for advanced prostate cancer.

Numerous researches looking at andropause symptoms have been conducted to explore the mechanism that triggers the decreased testosterone production with age. Theories that have been proposed include: 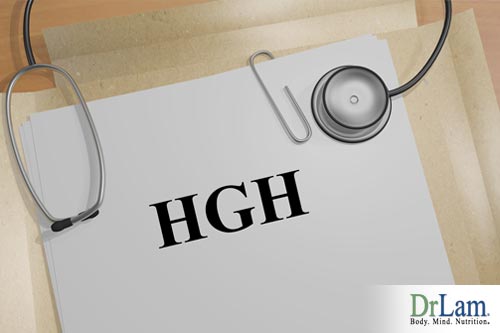 Other important hormones that have reduced production levels from age 30 onwards include Human Growth Hormone, Melatonin, DHEA, and Pregnenolone.

Growth hormone level in the body reaches its peak in the late teens. Then it starts its long decline at the rate of 14 percent reduction for each decade thereafter. By age 60, you could have lost as much as 60 percent of the amount of growth hormone in your body.

The deficiency of the human growth hormone causes many changes of somatopause with similar symptoms as testosterone deficiency. The replacement of testosterone without replacing growth hormone generally does not produce maximum effective results as both hormones work in synergistically with each other to produce the best results.

William Regelson, M. D. (1995), reviewed the effect on the male sexual function as documented in the groundbreaking Massachusetts Male Aging Study. This study investigated primarily the sexual function and activity in men aged 40 to 70. Of the 17 hormones measured in each man, only DHEA showed a direct and consistent correlation with impotence. As DHEA levels declined, the incidence of impotence increased. Other reported effects of increased DHEA included a reduction in blood insulin and glucose, increased lean body mass and reduction in fat, increased bone density and lowered cholesterol and blood pressure. DHEA rejuvenates virtually every organ system so it "actually makes you look, feel, and think better."

Pregnenolone is produced in the adrenal gland. Its production declines with age. Pregnenolone blocks and reverses many age-accelerating effects of excess cortisol.

Pregnenolone is also a potent neuro-nutrient that improves memory, concentration, and moods. It enhances brain function by facilitating the transmission of nerve impulses so that brain cells can communicate more easily. Pregnenolone can help to fight depression too. In one study, people who were not depressed had twice the amount of pregnenolone circulating in their bloodstreams.

Pregnenolone has the unique ability to balance all other hormones. It stimulates the production of other hormones only when they are needed. 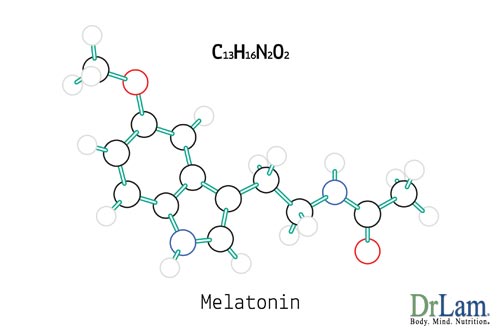 Melatonin is also a potent antioxidant that protects the pineal gland against free radical damage and helps defend our immune system. Researchers now believe that the pineal gland also drives the aging process.

As you get older, the pineal gland produces less melatonin. The decline in production is slow and gradual after the age of 20. The loss is accelerated after the age of 40. Melatonin is usually not recommended for people under 40 years of age solely for its anti-aging benefits. This is because their production levels of melatonin have not yet declined significantly. Melatonin is commonly recommended for jet lag and as a sleeping aid, but we know that it can do much more.

Numerous scientific studies are currently underway to study the relationship of melatonin and longevity. In one interesting experiment, aging mice that received pineal gland from younger mice was discovered to have their life span increased by a third. Conversely, young mice given pineal gland from old mice had their life span reduced by one-third. 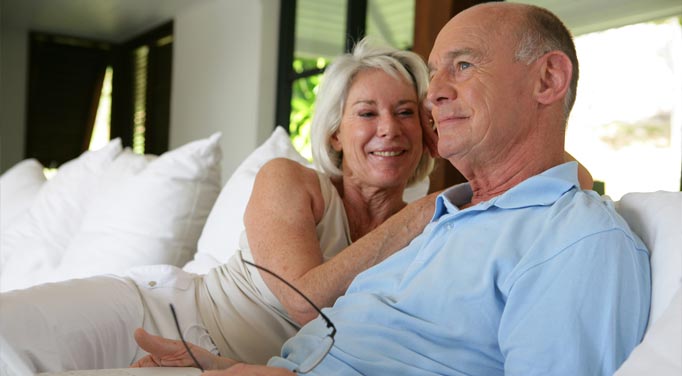 Andropause symptoms are a very common complaint for men over the age of forty. They're caused by the changes in hormone levels that occur during life stage and can be mild or can almost completely disrupt your health and way of life. There are several different ways to address these symptoms ranging from medications to lifestyle changes that support more natural hormone levels. If you experience problems because of hormone imbalances as you age, then here's what to do:

The human body can experience a range of problems as it age and these issues are often compounded by the symptoms and issues associated with adrenal fatigue. If you need help, support, or advice relating to this process,  talk to our team by clicking here or call us on +1 (626) 571-1234.