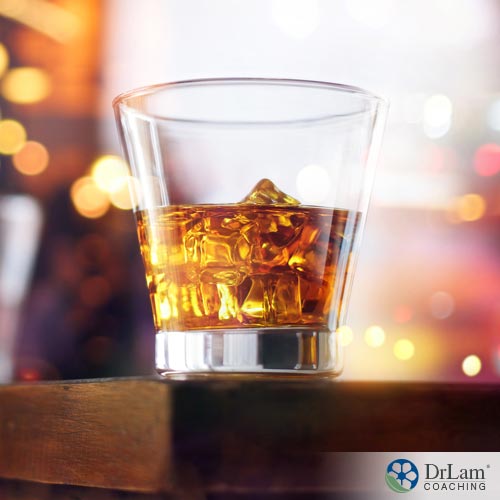 We often read that a glass of wine is actually good for you. That wine “lifts your mood” and relaxes you. This is often true. However, there are many instances where the opposite is the case, with evidence supporting what so many have said: there is a close correlation between alcohol and adrenal fatigue. If there is a correlation, what is it, and how does alcohol impact the adrenal glands?

The word adrenal, i.e. ‘ad’ and ‘renal’, means ‘over the kidneys’. In other words, these two, small glands are each situated on top of a kidney. They are responsible, in many respects, for the functioning of the body. The adrenals form part of the endocrine system and secrete a number of hormones essential to life including cortisol, estrogen, and testosterone. They have a modulating effect on just about every gland, organ, and tissue in the body, working to keep you in a state of homeostasis. In many respects, the adrenals play a large role in your thinking and feeling as well.

The main function of the adrenal glands, however, is to help your body deal with stress.

Alcohol and Adrenal Fatigue: What Is The Connection?

While alcohol consumption may not cause adrenal fatigue, it may very well be a contributing factor and influence your symptoms negatively. Most people with Adrenal Fatigue Syndrome (AFS) are aware that they should limit, and if possible, stop their caffeine intake, as coffee and other caffeine beverages affect the production of cortisol by the adrenals. Other foods, however, also have an effect on cortisol production. Alcohol is one of these. 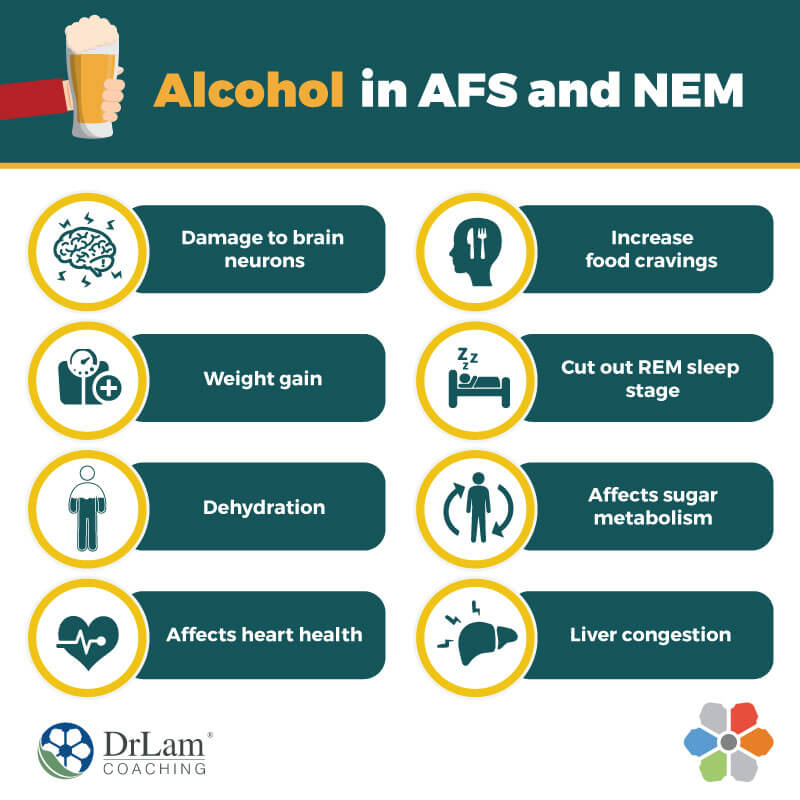 Consuming alcohol and adrenal fatigue have one thing in common – raised cortisol levels. A 2010 study indicated that alcohol and adrenal fatigue are closely linked when it comes to the production of stress hormones because stress, the HPA axis, and cortisol production are negatively influenced by alcoholism, as high alcohol consumption can result in neurotoxicity. But it is not only alcohol abuse that comes into play, as sudden abstinence may also increase your body’s perception of stress.

Constantly high levels of cortisol may damage neurons, increasing your vulnerability to other situations which in turn may do the same. This may result in a loss of certain memory functions. These are common symptoms found in older people, but it would seem alcohol consumption may have a similar effect.

Furthermore, research indicates that cortisol levels in the brain remain high for a long period after alcohol consumption is stopped, even although levels in the blood may seem normal. Once these cortisol levels go down, however, the body goes into a state of stress once more and exhibits feelings of anxiety, sleep disturbances, and generally feeling unwell. In effect, you have withdrawal symptoms.

Those who cease their alcohol consumption numerous times tend to show greater neurological damage as their bodies are forced through this cycle again and again.

Interestingly, the highest levels of cortisol in the brain are found in the hippocampus which is connected to the hypothalamus, which is part of your HPA axis and which plays a fundamental role in cortisol regulation and adrenal fatigue.

It is thus clear that the consumption of alcohol and adrenal fatigue are closely related in their relationship to high levels of cortisol, withdrawal symptoms, and the associated neurological damage. 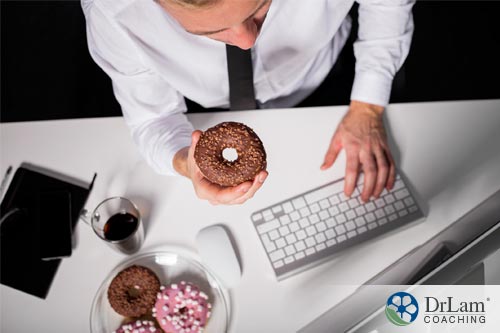 Another thing that consuming alcohol and adrenal fatigue have in common is food cravings and weight gain.

One study found that exposure to alcohol increases your brain’s sensitivity to smell, including food aromas. This coupled with the empty calories in alcohol and the greater consumption of food many people tend towards while drinking may lead to weight gain.

Weight gain and possible obesity are symptoms of adrenal fatigue as well as a compounding factor when it comes to the condition.

Many people are under the impression that alcohol consumption will help them to sleep. While it is true that alcohol may help you fall asleep quicker, there is one problem with this scenario.

Alcohol cuts out the REM sleep stage. This stage of sleep is very important as it is mentally restorative. When you cut out this stage, you may start having memory problems, walk in your sleep, and even talk in your sleep.

Memory loss is one of the common symptoms associated with adrenal fatigue.

Alcohol is also a diuretic, which means that you are more liable to wake up in order to go to the bathroom when consuming alcohol. A broken sleep pattern or a lack of sleep are both symptoms of adrenal fatigue.

There is a close correlation between the consumption of alcohol and adrenal fatigue for those who are diabetic. While the occasional alcoholic beverage may raise your blood sugar levels, excess alcohol may have the opposite effect, allowing your blood sugar levels to drop to dangerously low levels. This is exceedingly dangerous for those who are diabetic, especially if you have type-1 diabetes as it could result in coma and worse. Alcohol also has a negative effect on diabetic medications and insulin.

Besides having an effect on insulin medications administered for diabetes, alcohol has an impact on your body’s insulin production. It causes the pancreas to secrete more insulin which, in the long run, may lead to a decrease in blood sugar levels. The result is fatigue and light-headedness, as well as a number of long-term symptoms that are similar to those of adrenal fatigue.

The Heart, Alcohol and Adrenal Fatigue

While it is true that many people say that alcohol in moderation promotes heart health, research has thus far been unable to identify whether this effect is due to the alcohol or the good lifestyle choices made by these moderate drinkers. Moderate drinking is defined as one glass of wine maximum a day for women, and two for men.

What is known, however, is that heavy drinking or binge drinking – even only once a week – may lead to an irregular heartbeat, diseases affecting your heart muscle, and high blood pressure. Other serious health problems associated with alcohol are peptic ulcers, liver disease, and cancer, to name but a few. 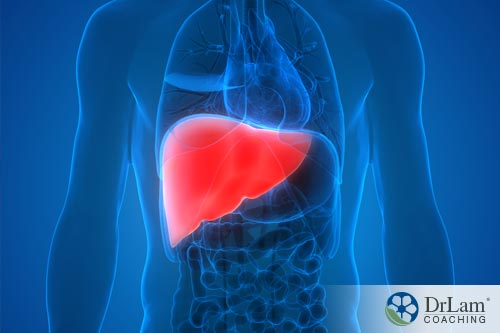 While it is common knowledge that excessive alcohol can lead to liver damage and cirrhosis, for those with AFS even small amount of alcohol can reduce liver function. Liver congestion is a state where liver function is poor but not pathological enough to warrant a clinical diagnosis. Laboratory values of liver enzymes are normal. Most are told all is well after routine liver workup. Yet symptoms such as brain fog, anxiety, migrating pain, and depersonalization can occur. Alcohol can make these symptoms worse. The weaker the adrenals, the more prevalent and the greater the risk of alcohol's negative influence on the liver.

Why You Should Decrease Your Alcohol Intake or Abstain

Whether those who consume larger than normal amounts of alcohol should totally abstain, or whether those who take the occasional drink should stop, is a personal choice. Your overall health (and adrenals) might thank you for it, though.

Do alcohol and adrenal fatigue affect your body similarly?

In a nutshell, yes. They do. Alcohol consumption causes many of the symptoms found in those with adrenal fatigue. While alcohol does not necessarily cause adrenal fatigue, there is no gainsaying that alcohol and adrenal fatigue certainly have a lot in common. 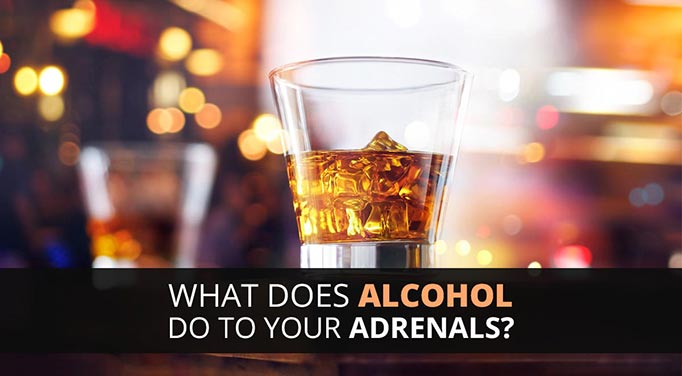