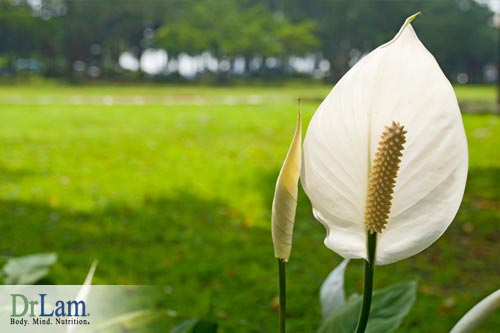 We are being bombarded on a daily basis by a myriad of toxins in all shapes and forms. They are emitted from cars and factories, household cleaning products, furniture, and personal hygiene products. Even the very walls, furniture, and floor coverings of our homes are embedded with toxins. It seems that we are being subjected to a continuous, ever-increasing level of toxins. The solution? Air cleaning plants!

Air Cleaning Plants In Our Homes

While we cannot do much about the toxicity of our external environment, we can do something about it in our homes.

Before we discuss air cleaning plants, however, let’s first take a look at the effects of toxins on our body.

This toxic overload has a serious effect on our liver and adrenal function, not to mention our general health.

Toxins May Contribute to Adrenal Fatigue

Some of the symptoms of adrenal fatigue (and liver overload) associated with toxins in the environment include:

The problem with toxins is that they cause inflammation in your body. This is a natural response by your immune system. Ongoing inflammation, however, can cause you severe damage, resulting in one of many chronic illnesses that are prevalent in today’s modern society. Adrenal gland fatigue and its accompanying symptoms are but one of these.

Continued, constant production of cortisol means that your body uses more and more progesterone, resulting in a hormonal imbalance. Progesterone is manufactured in the adrenal glands and is a precursor to cortisol, as well as many other hormones. As your adrenal glands, at some point, are no longer able to produce the cortisol needed in response to inflammation, your cortisol production starts decreasing, your body’s inflammatory response increases, and the inflammatory reactions increase. This implies that the symptoms commonly associated with inflammation decrease - such as swelling, pain, redness, and even loss of certain functions. In the end, your immune system suffers.

There are many medications on the market aimed at suppressing these autoimmune responses. However, in time they lose their effectiveness, while some may even cause your body significant damage. 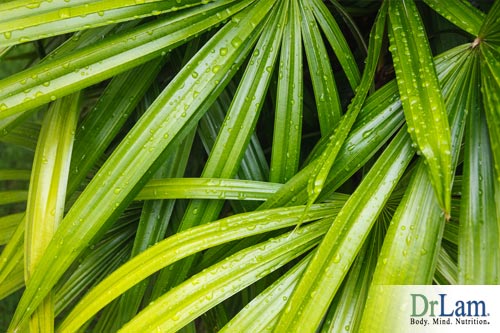 There is something that you can do to ensure your home contains less of these toxins. Air cleaning plants make a considerable impact on your home’s toxicity levels.

Sick building syndrome (also called chronic inflammatory response syndrome), is a term coined to describe buildings that have become filled with toxins due to various factors, with a prior history of water damage being the most common. They can also come from toxic overload from seemingly innocent sources, such as household cleaning materials, the building’s structural materials, and even the emissions transmitted by furniture.

Additionally, modern homes and other buildings are built for better insulation, effectively sealing them up to any external environmental influences. However, in essence, this also means that whatever emissions are given off inside the home are trapped. All this adds up to making your home, which is supposed to be your safe haven, an increasingly toxic environment for both you and your family.

Interestingly, some research has indicated a direct link between the occurrence of sick building syndrome and the occurrence of chronic fatigue syndrome, as well as other neurological complaints. Other research aimed at looking at the air purifying properties of plants has shown that certain indoor plants actually ‘clean’ the air and thrive in this kind of polluted environment. NASA, for example, has found that the addition of certain indoor plants improve the air quality of buildings and made a list of these air cleaning plants.

The most common toxins found in the home include benzene, formaldehyde, carbon monoxide, nitrogen oxide, radon, pesticides, disinfectants, and trichloroethylene (TCE). These toxins cause a number of health problems, including headaches, allergies, cancer, adrenal fatigue, and fatigue.

The following are among the fifty plants identified by NASA as having toxin removing qualities, including:

This is a small, compact, hardy plant that needs a high humidity and indirect sunlight. It was, according to the NASA experiment, the most effective in removing TCE’s, formaldehyde, and benzene from the environment. A word of caution about this plant, though. Although the peace lily is very successful are removing toxins from buildings, the plant itself is toxic to humans and animals when ingested.

Although an outside plant, the bamboo palm easily acclimatizes to indoor conditions. It grows over six foot tall in the right conditions and is high up on the list when it comes to removing TCEs, benzene, and formaldehyde. Although not considered poisonous, the bamboo palm does have a slight hallucinogenic effect when ingested. 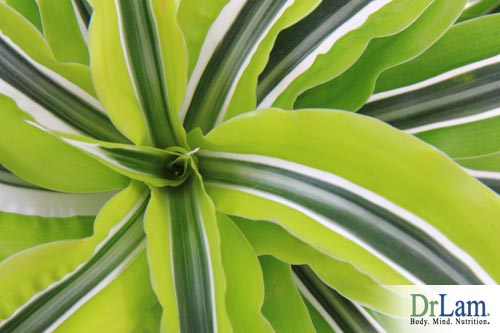 Dracaena is excellent when it comes to removing formaldehyde and benzene resulting from tobacco smoke, dyes, rubber, and ink. A dracaena is a smallish, easy to grow a plant that thrives in bright yet indirect sunlight. The leaves of the dracaena have proven toxic to pets and are said to cause symptoms such as hypersalivation, depression, vomiting (with or without blood), depression, and a lack of appetite.

This hardy plant grows in almost any conditions. It is great for removing formaldehyde from the environment. The plant has an extremely bitter taste and the likelihood of animals or children ingesting enough of it to have any adverse effect on their health is extremely slim.

The Philodendron is particularly effective at removing formaldehyde emissions from carpets and furniture. It is an extremely hardy houseplant that prefers medium intensity sunlight. It is, however, toxic to humans and pets. Symptoms include diarrhea, vomiting, and swelling of the tongue, lips, and throat.

Although most of us are not able to live apart from society and its associated toxins, we can do something to ensure that our home environment has a better quality of air - in order to prevent, as far as we can, certain health issues from either cropping up or worsening. One of these is the judicious use of certain indoor plants. Plants not only clean the air but make great statement features as well.