People are always looking for ways to improve their diet. One of the recent trends is the adoption of quinoa into diet plans. This is not surprising, considering the several reported quinoa benefits. While this practice is only just gaining popularity in the United States, it has been a familiar concept to South American natives for centuries.

This article will examine six evidence-based quinoa benefits and how to add quinoa to your diet. 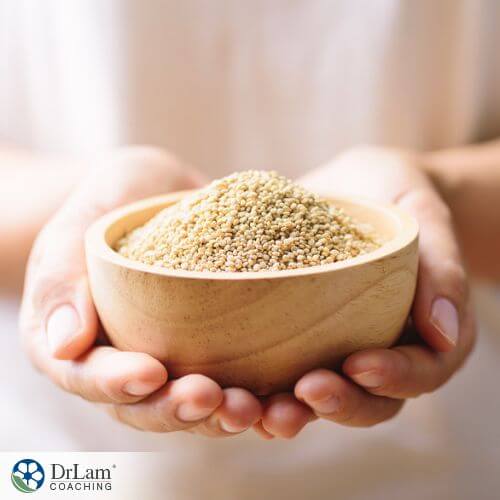 Quinoa is a seed from the Chenopodium quinoa plant. It falls into a category of plants called pseudocereals, which are foods that we use similarly to grains but are not botanically grains. While cereals are grass species, pseudocereals are plant species. Quinoa is colloquially referred to as a whole grain despite the botanical distinction.

There are more than 120 quinoa varieties, often manifesting in different colors. The three commonest colors in the United States are red, black, and white.
Quinoa use dates thousands of years ago in South American countries, such as Peru, Chile, and Bolivia. The Incas hold this plant sacred, referring to it as “the mother grain.”

Much of the hype around quinoa has been centered on its several health benefits, and we will consider them below.

Quinoa is a pseudocereal, which is basically a non-cereal plant used as cereals. Although quinoa is not botanically a whole grain, it has the nutritional profile of one.

According to the United States Department of Agriculture (USDA), One cup (185 grams) of cooked quinoa provides:

Also, quinoa is a rich source of many vital nutrients the body needs. These nutrients and the daily percentage of them quinoa supplies are as follow:

The nutritional aspect is foremost in the numerous quinoa benefits, as very few grains boast of all of these nutrients in a similar proportion.

Adrenal fatigue is a condition where the body’s stress response cannot keep up with life’s chronic stressors, resulting in a general feeling of fatigue, lack of energy, and other symptoms.

Anti-inflammatory compounds keep the inflammation in the body in check. Quinoa contains several of these compounds, including the flavonoids quercetin and kaempferol. Studies have shown that these secondary metabolites have anti-inflammatory properties, protecting from unwanted inflammatory responses. Ultimately, this protects the body from chronic conditions like adrenal fatigue.

Aside from the flavonoids, quinoa also provides vitamin E, which research has confirmed to be a potent antioxidant compound.

Quinoa has high fiber content, especially compared to other cereals. The USDA states that one cup of cooked quinoa will provide 5.18 grams of fiber, about 18 percent of the daily recommended intake, depending on age and sex.

Fiber can significantly help digestive health and reduce the risk of chronic conditions. According to studies, dietary fiber has been associated with a reduced risk of colorectal cancer. Also, research has linked a higher intake of dietary fiber to less cardiovascular conditions and maintaining gut health by sustaining beneficial bacteria – probiotics.

As proven by studies, another benefit of fiber-rich foods, like quinoa, is more regular bowel movements.

Furthermore, considering fiber bulks up food and promotes a feeling of fullness, it is crucial in the diet plans of individuals seeking to maintain healthy body weight. 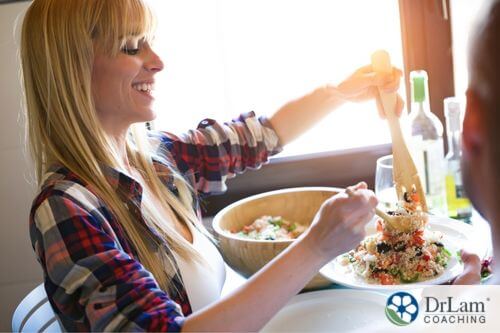 This is another one of the several nutritional quinoa benefits. According to the USDA, quinoa provides 8.14 grams of protein per cooked cup, which is as much as 14.5 percent of the recommended daily intake.

Quinoa contains all nine essential amino acids, which are the amino acids that the body cannot synthesize and need to be obtained from food. In light of this, quinoa is often regarded as a complete protein.

However, experts have suggested quinoa be called a nearly complete protein. This is because of the studies that underline quinoa’s relatively low amounts of lysine and sulfur amino acids. Regardless, quinoa is a good source of protein. Therefore, adding it to your diet will assist you in meeting the daily recommended requirement.

Gluten is a protein found in many grains, like wheat, barley, oats, and rye. Naturally, gluten is necessary for the nourishment of grains during development. However, it is linked with certain conditions and sensitivities in some humans. A Harvard study corroborates this.

According to the study, gluten is a problem in people with gluten intolerance, causing conditions like celiac disease, non-celiac gluten sensitivity, dermatitis herpetiformis, and wheat allergy.

Studies have shown that when gluten-sensitive people eat gluten-containing foods, they develop inflammation and damage their intestinal tracts. Inflammation is a vital body response, as it is one of the body’s natural defenses to harmful stimuli. However, when it becomes chronic, it can cause an imbalance in the body’s Inflammation Circuit.

The Inflammation Circuit is one of the six circuits of the NeuroEndoMetabolic (NEM) Stress Response system. The other circuits are Hormone, Bioenergetics, Detoxification, Cardionomic, and Neuroaffect.

Through the action of these six circuits, the NEM system helps fight stress in the body. This is critical in keeping chronic stressors low and preventing conditions like adrenal fatigue. Considering this, gluten-sensitive individuals have to adopt a gluten-free diet, and quinoa benefits these individuals.

Unlike typical grains, pseudo-grains like quinoa are gluten-free. Moreover, several refined gluten-free foods are nutritionally deficient, whereas quinoa is high in essential nutrients.

Quinoa has an excellent nutritional profile, containing an abundance of critical dietary elements, like proteins, fat, fiber, and carbohydrates. Additionally, quinoa is rich in vital minerals. They include:

The Office of Dietary Supplements (ODS) states that manganese is an essential trace element for body development and function. Per the USDA, one cooked cup of quinoa contains 1.17 mg of manganese. This is about 28 percent of the recommended daily intake, depending on sex.

Iron is an important mineral in the body, as it facilitates numerous body processes. One of the most important of these processes is good oxygen circulation due to the presence of iron in the hemoglobin. Further, iron helps maintain connective tissues.

This is a crucial vitamin, particularly for pregnant women, due to its role in forming DNA and fetal development. The ODS also proposes that folate can reduce the risk of mental health problems.

Magnesium in quinoa makes up roughly 28 percent of the recommended daily intake. This is significant as magnesium is crucial in proper cell functioning. In addition, magnesium can help maintain healthy blood pressure and prevent several health conditions.

Incorporating Quinoa Benefits Into Your Diet 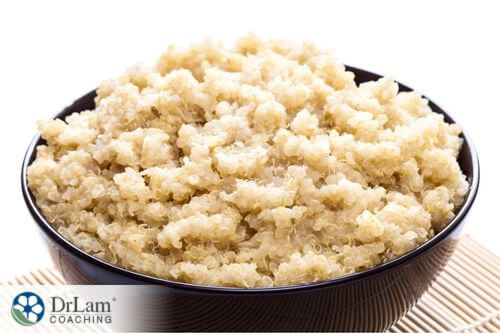 Aside from the evidence-based quinoa benefits, this pseudocereal is tasty and is easy to incorporate into your diet. Some of the ways of incorporating quinoa into your diet are:

The numerous quinoa benefits have led to its adoption into the diet plans of many. Some of these benefits include:

Furthermore, incorporating quinoa into your diet is easy. It is tasty and can go well alone or with other foods, like chicken, salads, fish, and grilled vegetables. You can consult your diet counselor for more diet options and recipes.

If you want to know more about quinoa benefits, the team at Dr. Lam Coaching can help. We offer a free, no-obligation phone consultation at +1 (626) 571-1234 where we will privately discuss your symptoms and various options. You can also send us a question through our Ask The Doctor system by clicking here.

Do quinoa benefits include weight loss?

One of the numerous quinoa benefits is that it can prevent weight gain. This is because of its high fiber content. Fiber bulks up food and promotes fullness, which helps to regulate overeating. However, while quinoa can slow weight gain, several factors affect weight loss.