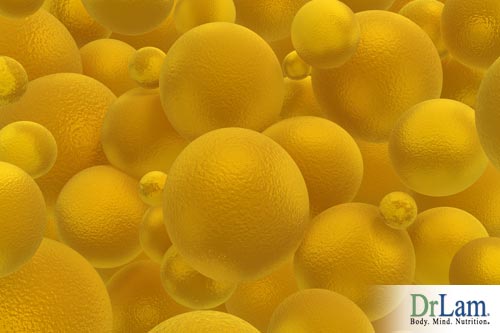 Liposomal Encapsulation Technology (LET) is the newest delivery method used by medical researchers to transfer drugs that act as healing promoters to the definite body organs. This form of delivery system offers targeted delivery of vital compounds to the body, making it an excellent new tool for supplements used in adrenal fatigue treatment. It has been in existence since the early 70’s. Due to the excellent transference capability of LET, some manufacturers of topical moisturizers and beauty products have patronized it.

The astounding effects and advantages derived from LET, such as those used for fatigue treatment, is why a number of nutritional companies are now utilizing this technique in the oral delivery of dietary supplements.

The advantage of LET over the others is that it allows a nutrient to carry power packed and non-decomposed natural compounds to pinpointed tissues and organs. Even though doses are reduced 5 to 15 times less than normal supplement intake, the delivery system’s effectiveness is not changed. This reduction is both medically and economically significant.

Normal passage of tablets and capsules and the topical transfer of nutrients are affected by environmental conditions such as moisture, oxygen, and other unfavorable factors. The nutrients are more likely degraded by the presence of enzymes in oral and esophageal digestive juices prior to being absorbed into the body. In addition, binders, fillers, gelatins, and sugar are food additives that affect the absorption process. This partial assimilation caused by the incomplete disintegration of the tablet or capsule is a serious problem.

Substances are shielded by LET from the devastating and threatening results, which are likely to take place within the gastrointestinal passage. Liposomal Encapsulation employs a phospholipid liposome to construct a defense that repels the negative activities of the digestive juices, alkaline solutions, salts and free radicals of the body. The duration of this protection lasts from the moment the nutrients are on their way towards the gastrointestinal tract until the contents have reached the target tissue and are immediately taken in by the cellular structure and transferred into the intra-cellular space.

The main building blocks of all the cell membranes in the human body are the phospholipids. The three major portions of the molecule are: one head and two tails. The three molecular parts of the head are: glycerol, phosphate and choline. The hydrophilic character of the head makes it captivating to water while the long tail is composed of saturated fatty acids. The hydrophobic trait of the fatty acids makes them repelled by water. The heads of the phospholipid constructs a line side by side when placed in a water-based solution. Due to the hydrophobic tails, another phospholipid will line up tail to tail as response to this similar environment. They will be forming an identical image of each other making a natural environment of dual rows of closely packed phospholipid molecules called the phospholipid bi-layer. These bi-layers are surrounding every bodily cell. The size of one bi-layer is equivalent to 1/1000th the thickness of one book page. 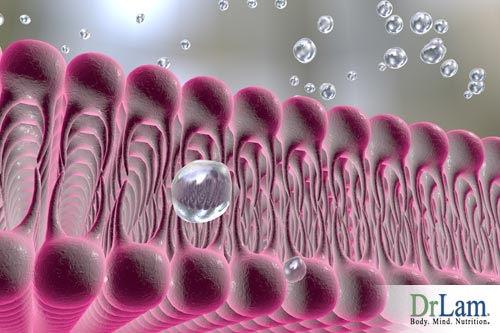 All the nutrients are ably directed in and out of the cells by the different combination of proteins found in the bi-layer of the phospholipid. Just imagine there are 70 trillion bodily cells and a thousand phospholipids that are found in every single cell. Without the phospholipids, the body ceases to work properly because they are the basic building blocks of the body. Various types of phospholipids are classified based on the type of fatty acids connected to the head of the choline phosphate.

Benefits of Phospholipids in Fatigue Treatment

There are many benefits derived from phospholipids that are beneficial to fatigue treatment. The most essential is its astounding anti-aging effect. It can decrease total serum lipid and LDL (the bad cholesterol), increase HDL (the good cholesterol), decrease triglyceride and platelet aggregation, amplify red blood cell fluidity, heighten coronary circulation, expand exercise tolerance, increase quality of memory, increase immunity, decrease symptoms of fatigue during fatigue treatment, and improve liver protection and rejuvenation.

Countless research studies have been conducted on the benefits of phosphatidylcholine (PC) and their benefits in fatigue treatment. In addition, 500 human studies have been made to prove how PC guards and improves health of the lipids.

The Liver's Function in Fatigue Treatment

Of all bodily organs, the liver performs the most essential activity. Nowadays, just observe how our liver is exposed to the highest level of toxic pollutants such as gasoline, exhaust, paint fumes, pesticides, contaminated water and a lot of others. As the biggest organ, the liver is the front line of the body’s defense against these toxins. The main work of the body lipids is to detoxify and bring nourishment, including vitamins A, E, D and glycogen, to the whole body.

The liver absorbs and combines all the 100 essential enzymes needed for assimilating nutrients. The function of the liver is enormous: it filters one-half gallon of blood every minute and breaks down and detoxifies over 10,000 compounds like poisons, hormones, toxins and enzymes every day. The liver is guarded by the PC from the toxins. It requires 1000 to 2000 mg of PC daily to guard the liver from injuries caused by alcohol. Taking PC one day before exposure to radiation can protect the body against its harmful effects.

The heart, blood and the entire cardiovascular system are greatly improved by the PC for it decreases the LDL cholesterol and amplifies the HDL cholesterol. By taking in 1500 mg of PC every day for a month, studies prove that there is an increase of HDL ratio over the LDL ratio among diabetic patients in the range of 12% to 14%. The serum triglyceride and overall cholesterol level can be lowered by the PC; but the reduction depends on the length of time and the amount of the dosage. A 4.9% decrease in serum triglyceride will result by taking a 1500 mg PC dosage over a four week period. Taking in 3000 mg daily over an eight week period will reduce cholesterol by 44%. An intake of PC can bring about a maximum decrease in serum triglyceride, increase exercise tolerance and improve the function of the cardiovascular system. 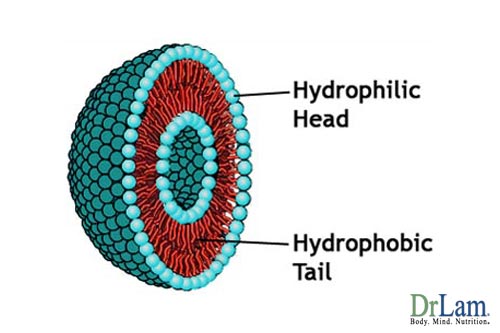 A significant improvement in the muscular and leg blood flow resulted after taking 1800 mg. of PC daily for a month. A trial was conducted among a group of heart patients; they were able to walk, minus any kind of chest pains, more than 100 times further by taking only PC and not the natural glycerin.

There are several ways for PC to protect cells. First, it lessens lipid peroxidation brought about by an increased HDL and a decreased serum lipid. Secondly, the oxidized low-density lipids in the cell membranes are replaced by the PC. Thirdly, the oxidized cholesterol is eliminated by the PC. PC conducts an over-all cell repair of the lipid peroxidation. In several clinical instances, the ability of PC to limit and prevent the reverse of the peroxidation process has been demonstrated.

The essential parts of LET are the PC liposomes, which serve as the areas wherein the encapsulated supplements are delivered. Liposomes are in varied sizes, which are determined by the process they were made. Its measurement can range from hundreds of micrometers (one millionth of a meter) to under 100 nanometers (one billionth of a meter). Its structures are unilamellar (single layer), bilamellar (double layer) mutlilamellar (multi-layer). PC happens naturally and the body is a bi-layer liposome that acts the best in protection and efficiency. A smaller-sized liposome is better in guarding the payloads and transverses in the human body as compared to the bigger ones; the tinier the liposome, the longer it exists and the higher its stability. There is a variety of methods in preparing a liposome. The main device in orally delivering the nutrients is the mechanical type.

There are three major classifications in categorizing the mechanical preparation process: extrusion, micro-fluidization and sonification. All compounds, including the chemicals and liposomes, will finally be decomposed by using the nutritionals. The maximum state of liposomal technology should use a liposome below 200 nanometers with a bi-layer structure and phosphatidyl-choline. Eggs and soy are the most common sources and must be stored at room temperature above freezing.

Vitamin C is called the super oxidant for its ability to oxidize and neutralize free radicals. If a high dosage is needed, it is advisable to take vitamin C intravenously for more blood and tissue absorption. When taken through the mouth, only 10-15% of vitamin C is ingested because its absorption is blocked in the digestive tract. Using LET technology has greatly improved and updated the transfer of vitamin C into the cells. 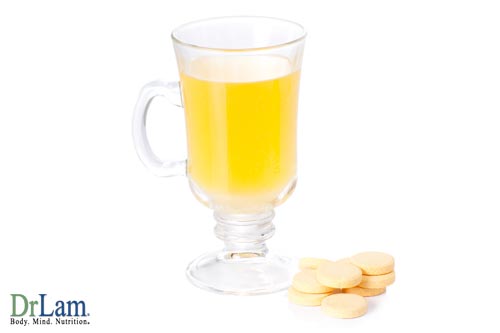 This is by far the best way for vitamin C to get into the hepatic system in its pure condition. Vitamin C is guarded by PC liposomes from injury done by the enzyme and gastric juices in the digestive system. Once it enters the body, PC liposomes pass through the small intestine smoothly without expending any energy. The liposomes are carried by the system to the liver in complete form and are prepared to give off their content. The PC liposomes in the liver are scattered. The polyunsaturated phosphatidylcholine are ingested by the liver cells as it frees the encapsulated vitamin C. Common side effects are diarrhea and gastric discomfort, which come from the powder, capsule and tablet forms.

By using oral liposomal encapsulated vitamin C, it increases the supply of vitamin C into the cellular system much more effectively. There is no sign of any negative effects such as gastric distress, urinary output and extra load on the liver.

While liposomal encapsulation technology represents a dramatic breakthrough in delivery system, it is important to note that normal routes of delivery (such as tablets, capsules and powder forms) are still useful as they offer different and complementary forms of nutrient bio-availability to ensure a steady blood level throughout the day for more consistent relief of symptoms and fatigue treatment. Designing a comprehensive program combining various forms of delivery systems to ensure consistent nutrient delivery throughout the day requires extensive clinical experience.

If done properly, one can see a dramatic reduction in the need for fatigue treatment. This is a hallmark of clinical excellence.

A few reputable brands are currently available on the market. LipoNano C comes in a liquid form and offers the lowest price per mg of vitamin C when ordered in bulk. Lipospheric vitamins come in packets of 1000 mg per packet and is convenient for traveling, however, they are more expensive. Both types are available at Supplement Clinic or over the Internet.

If already in the program and client becomes pregnant, can the supplements they are taking have any negative effect on the fetus? Can being pregnant cause an adverse reaction while being on the supplements?

It all depends on the kind of supplements. Any form of stimulants including glandular, herbs, or adaptogens should be carefully considered during this period. 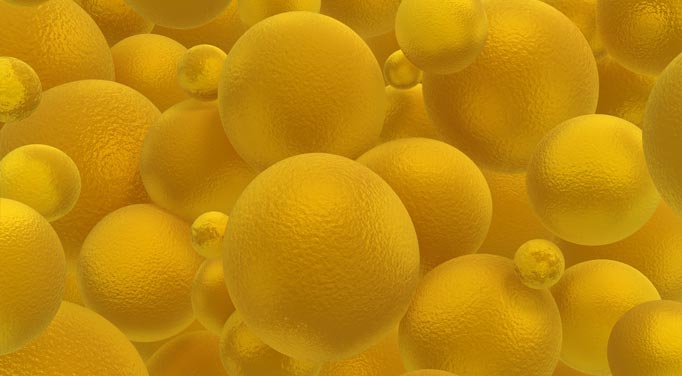