The Best Relaxation Techniques for Your Brain

Stress is an important part of life. It spurs creativity and motivates us. Too much, however, can be harmful. Relaxing often means vegging in front of the TV for a few hours after a long day. Though it’s easy to zone out, it’s not enough to actually lower stress levels. Practicing stress reduction relaxation techniques can help you to counter the damaging effects of stress and make stress easier to manage.

Your Brain on Stress: The Neuroaffect Circuit 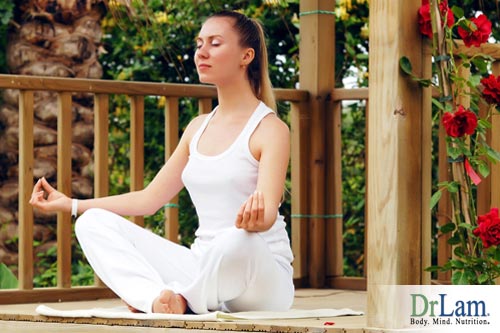 Stress can wreak havoc with your brain chemicals. These chemicals, often hormones, act as chemical messengers, sending signals between parts of the brain and various body systems. Prolonged stress may result in a dysfunction in the operation or production of these neurotransmitters. The effects may be devastating and not only compromise brain function but the correct function of your entire body. Research, however, indicates that relaxation techniques may help stabilize these chemical messengers and help your body’s entire neuroaffect circuit as well.

Your body’s neuroaffect circuit is part of the NeuroEndoMetabolic (NEM) Stress Response and consists of the autonomic nervous system, the brain, and the microbiome. The NEM works to help the body when stress comes along, and it describes how all your systems work together to manage stress, or how they create symptoms when problems occur.

The nervous system consists of millions of nerve cells that communicate with each other using neurotransmitters. Your body’s five main neurotransmitters are dopamine, norepinephrine, epinephrine, acetylcholine, and serotonin. Each has its own, individual function, and each can be affected by stress.

Dopamine has many functions, including facilitating cognition, behavior, and emotion. It also plays a role in our experience of pleasure and reward, essentially helping to motivate you in order to receive a reward.

Dopamine is also the precursor of norepinephrine and adrenaline, two hormones closely associated with your body’s automatic stress response, the NEM system.

Norepinephrine functions as both a neurotransmitter and stress hormone. It plays a role in your body’s fight-or-flight response and helps regulate attention and arousal. In your brain, it acts as a neurotransmitter and puts your brain on mental alert when confronted with any type of stressful situation. Produced in the brain, it helps you to prepare for any sort of perceived ‘attack’, while outside the brain it acts as a hormone. When in attack mode, your heart rate and blood pressure increase to get blood flowing to the rest of the organs, while your pupils dilate to be more aware of the situation.

A long-term norepinephrine deficiency may result in behavioral problems, impaired cognitive function, immunological imbalance, and secondary hypothyroidism. Due to its stimulatory effect, many street drugs and medications (such as Adderall) are designed to mimic norepinephrine. 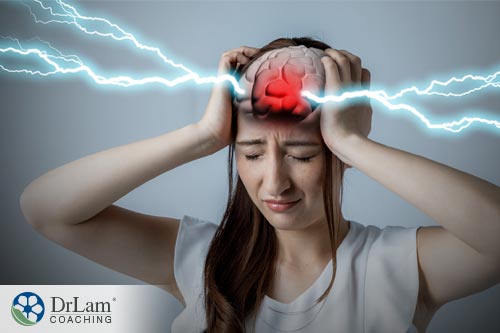 Epinephrine is produced in your adrenal glands and by some neurons in your central nervous system. It is released in your bloodstream and serves as a chemical mediator. It also conveys nerve impulses to different body components.

Epinephrine’s main function is to prepare your body’s fight-or-flight response during times of stress, such as when a sudden action is needed to either flee from or deal with a situation. The release of epinephrine sees an increase in your heart rate and blood pressure, enlarged eye pupils, expanded air passages, changes in your metabolism, and the redistribution of blood to your muscles in order to raise your body’s blood glucose levels.

The more dangerous the perceived situation, the higher your body’s epinephrine levels become. This is responsible for giving your body the adrenaline rush. Because epinephrine is the chemical daughter of norepinephrine, it is much more potent. The body needs both norepinephrine and epinephrine to function well.

Lower acetylcholine levels in the hippocampus (the memory center of the brain) have been associated with the occurrence of both Alzheimer’s and dementia. It may also improve your attention span, alertness, and task performance.

Acetylcholine may help lower inflammation, which is often the result of immune system activation due to injury or an infection. This neurotransmitter also plays a role in sleep, especially REM sleep, which is necessary for brain rest and memory storage. It may also fight infections, according to studies.

Gut functionality is also affected by acetylcholine, as it works on the smooth muscles of your intestines. Low acetylcholine levels may be associated with constipation and possibly other gut-related conditions.

Research shows that this neurotransmitter may play a role in pain reduction. Higher levels in the spinal cord may cause pain relief and lower levels may influence pain sensitivity. It may also help improve blood circulation throughout your body.

As a neurotransmitter, the function of serotonin is to relay signals between different nerve cells, and it is believed to play an important role with regards to the central nervous system and general body function, most especially your gastrointestinal (GI) tract. Some studies also suggest a strong link between serotonin and liver regeneration, cell division, bone metabolism, and the production of breast milk.

Most of your serotonin is found in the GI tract. The gut is responsible for producing the precursors of many brain chemicals and is therefore called the second brain. Serotonin is believed to play a role in the regulation of bowel function and appetite. Serotonin may also contribute to the formation of blood clots and inhibit sexual activity.

In the brain, serotonin may impact your mood, anxiety, and happiness.

Lower levels of serotonin may be linked to:

While conventional medications may address the different symptoms associated with serotonin depletion, they may have numerous side effects. These include headaches, diarrhea, nausea, dizziness, and tremors, to name but a few. 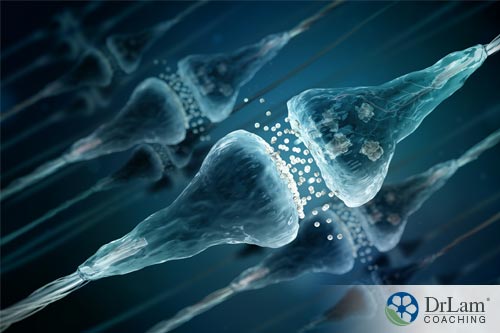 As you can see, your body requires a host of neurotransmitters to function in balance with each other to stay healthy. Issues like stress, anxiety, and depression can create vicious cycles of chemical imbalances that wreak havoc on these neurotransmitters. This is why it is so important to develop healthy habits that bring your neurotransmitters back into balance.

While many people try to relax by sitting in front of the television binge-watching or surfing the internet, the true effect may be the opposite. Frequent exposure to electronic devices increases the release of cortisol and thus contributes to adrenal fatigue. Plus, what you see on TV and the internet often increases cortisol rather than reduces it.

Instead, your body needs relaxation techniques that involve practices and exercises that bring your cortisol levels down to normal, thereby serving to support adrenal function and normalize neurotransmitter levels.

The following relaxation techniques involve enough focus to allow both your body and mind to wind down. They gently notify your systems that they no longer need to be ready to fight or flee.

To do this technique, pay close attention to each of your muscle groups, focusing on each for a minute or two. Tense one muscle group and observe the sensations you get. Then focus on relaxing it and notice the changing sensations. Do this with each muscle group, starting in the toes and working your way up to your head and face. Focus on the relaxing feeling you get as you relax each muscle group and imagine yourself releasing the tension stored there.

Using this technique, rest in a comfortable position and slowly move your attention through each part of your body from your feet to your face and the top of your head. Take time to experience the sensation in each muscle group, and where there is any tenseness, let it go. Simply acknowledge and accept the feelings in each area, noticing where you are comfortable and where you are uncomfortable, and focus on each area as you take a breath. Then move your awareness to the next area. You can do this exercise daily or a few times a day. 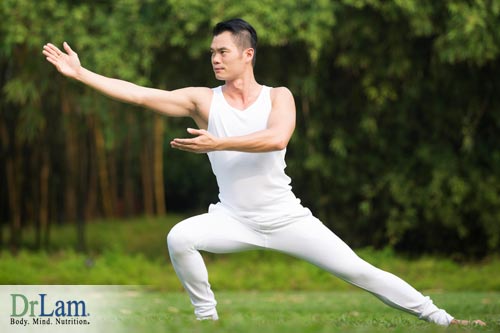 Adrenal breathing meditation is one of the relaxation techniques that you can practice just about anywhere. The technique involves breathing from your diaphragm, filling your lungs with air to their full capacity, if it is possible. In so doing, you increase your oxygen supply. This promotes clear thinking and helps reduce anxiety.

This technique is also nice to combine with aromatherapy, music, or other relaxation techniques to increase its effectiveness.

Visualization involves resting in a relaxing position, closing your eyes, and imagining yourself in a beautiful, peaceful environment. Use all your senses if possible: hearing, seeing, smelling, tasting, and feeling what is around you. You might also visualize a ball of light expanding inside your body, part of yourself healing or filling with energy, or focus on the moon or another relaxing image, in order to keep your attention as you relax your mind and body. 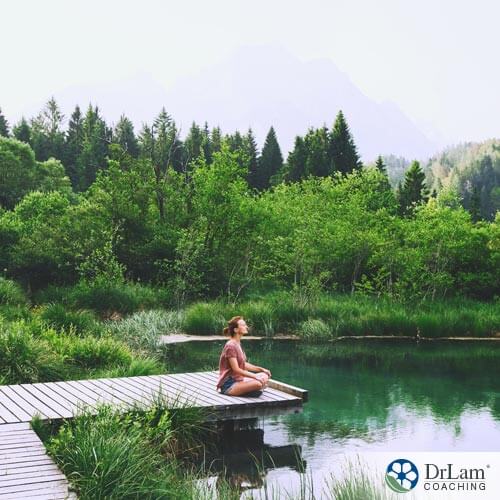 Mindfulness is the practice of staying in the moment, being fully aware and present in what is happening around you right now. Worrying about what has happened in the past, or about what may happen in the future, is stressful. But when focusing on the here and now, you help restore balance to your body.

You can practice this technique by focusing on a candle flame, reciting a mantra, or developing a mindfulness meditation practice. It is also helpful to choose certain activities that are part of your day to be mindful during, such as your drive home from work, your morning shower, or washing the dishes. These can act as triggers for mindfulness. Some people also set timers on their phones with mindfulness bells, that chime and offer a reminder to be present. The most effective way to practice mindfulness, however, is by focusing on the moment as you go through the day.

Stress is the root cause of many diverse symptoms. Over the long-term, it can create imbalances in your body’s neurotransmitters and in your mental state. But by practicing different relaxation techniques, we may be able to address stress, or at least modify its impact on the body, supporting our adrenals and a peaceful mood and mind in the process.

Adrenal fatigue has no known wonder cure. Relaxation techniques could, however, potentially help you cope with stress, and thus provide much-needed adrenal support, especially if you are confronted with adrenal fatigue and a compromised neuroaffect circuit. These techniques are great tools for fighting the condition.