A CBS Mutation Could Be Causing Your Health Problems 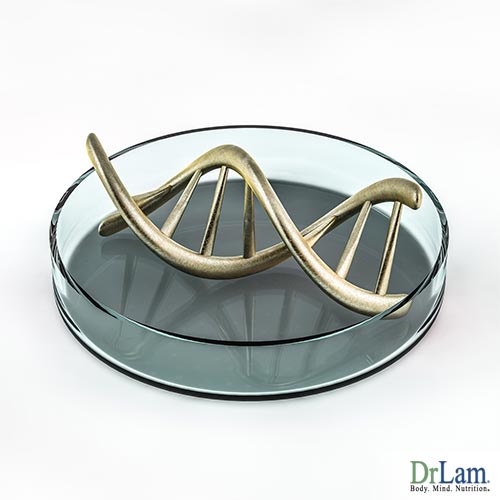 Breakthroughs in medical technology are bringing us ever closer to improving the quality of lives and helping people achieve longevity. Through genetic testing and mutation identification, scientists have found what is known as a cystathionine beta-synthase (CBS) gene mutation, or CBS mutation.

This mutation causes the CBS enzyme to work too fast. CBS is the first step of the transsulfuration pathway, converting homocysteine to cystathionine. The transsulfuration pathway, also known as the liver pathway, leads to either taurine or glutathione production - but not both. Often homocysteine and cystathionine convert too quickly to taurine, leaving not enough glutathione for the body.

As the most vital antioxidant and normally the most abundant, glutathione is required for many processes, including immune function, detoxification, and the function of other antioxidants. This deficit is the one of the main reason that those with chronic illness suffer from recurrent bacterial, viral, parasitic, and fungal infections, cancers, and toxic metal sensitivities. Without enough glutathione, very little is filtered and processed in your body, leaving it functioning abnormally.

Genetic testing is the primary detector for CBS and its mutation. Genetic tests are frequently used to :

Gene testing can save lives and offers relief to many people who have debilitating illnesses.

Upon investigating the CBS mutation, researchers discovered the path to disruption of the normal function of cystathionine beta-synthase, which causes a buildup in the blood of homocysteine and other potentially toxic compounds. This defect in the gene causes nutrients to enter and leave the body, without any absorption, causing other enzymes to skyrocket, and leaving the body vulnerable to dysfunction.

The CBS gene provides a list of instructions for making an enzyme called CBS or cystathionine beta-synthase. This particular enzyme is responsible for using vitamin B6 to convert building block of proteins or amino acids called homocysteine and serine to a molecule called cytathionine. CBS can also convert homocysteine methionine or cysteine. Cysteine is a precursor to glutathione, while methionine is important for DNA methylation and the growth of new blood vessels.

Other common names for the CBS gene are:

CBS Mutation: Upregulation of the Enzyme

More than 150 mutations have been identified in the CBS gene that cause homocystinuria, an inherited disorder that keeps the body from processing the essential amino acid methionine. Most of these mutations transform single amino acids in CBS, or cystathionine beta-synthase.

The most common CBS mutation substitutes the amino acid threonine for the amino acid isoleucine at the position of 278 in the enzyme, known to the scientific world as Ile278Thr or I278T.

All these mutations disrupt the normal function of the cystathionine beta-synthase enzyme. As a result, homocysteine and other potentially toxic compounds build up in the bloodstream and are excreted in the urine. High homocysteine also increases the risk of oxidative damage in the endothelial wall of blood vessels and contributes to vascular plaque formation.

CBS mutations are upregulations, which are an increase in the expression of a gene, in this case, the CBS enzyme. Due to the high levels of taurine and ammonia this mutation causes, it is common to see lower levels of cystathionine and homocysteine. In other words, the CBS enzyme is working too fast, creating chemical reactions in the body that should not be taking place. 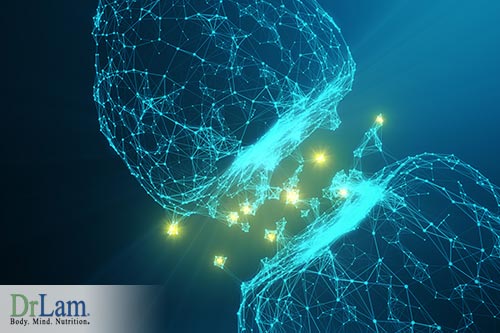 It has also been observed that BH4, an enzyme that is used to make serotonin, dopamine, thyroid hormones, and melanin, in addition to detoxifying ammonia from the body, can also become depleted with the CBS mutation. BH4 is extremely, important as it helps regulate neurotransmitters and mood. Other gene mutations, such as MTHFR A1298C, chronic bacterial infections, and aluminum, can also lead to low BH4 levels. It is important to maintain an accurate level of BH4 in the body as a lack thereof can lead to mast cell degranulation or mast cell activation disorder (MCAD). CBS upregulation substantially upsets the urea cycle. This enzyme depletes the BH4 enzyme while overloading the urea cycle.

There are many things to become aware of with a CBS mutation. If the mutation causes taurine levels to rise too high, then addressing the abundance of ammonia is crucial. Ammonia is simply a combination of nitrogen, formed from the breakdown of protein, and hydrogen, but it can cause severe health problems when spiked. Aggressive or sedated behavior after consuming foods with L-glutamine may be due to elevations in ammonia, via a CBS mutation.

In addition to the CBS mutation leading to an excess amount of taurine in the system, it also leads to an excess amount of sulfur. It is therefore highly recommended that if you have this mutation, you limit your sulfur intake as it can create excessive stress on your system. With someone suffering from Adrenal Fatigue Syndrome (AFS), this could intensify symptoms. Sulfur that is complex, such as that found from herbs such as horsetail grass, spirulina, dandelion leaf, or parsley, is usually fine.

Cravings for sulfur, an aversion to it, or a sensitivity to sulfur-rich foods, may warrant investigating the possibility of a CBS upregulation.

Sources of increased sulfur include: 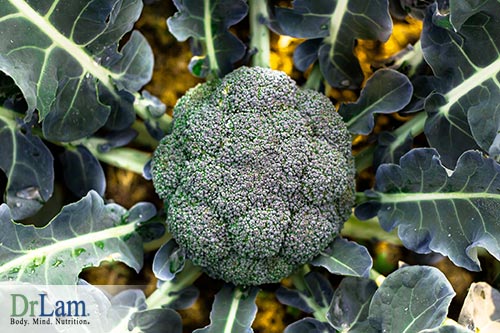 With normal CBS function, sulfur becomes bound to amino acids. However, with the CBS upregulation, it can instead be released to form sulfites in the body. Therefore, although people do need some sulfur in their system, a CBS mutation can lead to an overabundance of sulfur.

There are three identifying observations on a standard blood test that have been correlated with CBS mutations or upregulation of this pathway:

We offer genetic testing at the Lam Clinic, and we’d be happy to talk to you to see if it would be a good idea for you to get it done. We can also help you create a personalized recovery plan that will offset the effects that mutation may have on your health.

The CBS Mutation’s Effect on Health

The CBS mutation can be thought of as a leaky bucket. In effect, everything placed in the bucket, whether or not it belongs in the CBS pathway, is just leaking right out into the liver & kidneys to be filtered. As fast as you may be trying to fill your leaking bucket, it could be dumping right out, leading to major nutrient, mineral, and antioxidant deficiencies. With the reduction in nutrient absorption, the risk for food sensitivities can also increase.

Specialists have confirmed over and over that the increased activity of the mutated enzyme often leads to toxic waste buildup and poor glutathione production, in addition to challenges processing sulfur or sulfates. This may be contingent upon other defects, but the CBS mutation is definitely responsible for the elevation in taurine, ammonia, sulfites, and hydrogen sulfide. Taurine is an amino acid and somewhat harmless in the body, but the others are dangerous toxic substances.

During a CBS breakdown, homocysteine along with other amino acids, vitamins, and minerals quickly escape along with toxins, and wastes, both depleting the body and taxing the entire system.

Unfortunately, the CBS mutation doesn’t know how to discriminate. Upon the “dumping” the toxic substances, it also eliminates good nutrients and supplements that the body needs to function properly. In other words, every time a person uses supplements, maintains a healthy diet, or uses medications in efforts to support the body, they may be inadvertently delivering more and more toxins to the system.

The process will also extensively raise glutamate levels causing excitotoxicity. Excitotoxicity is the pathological process where nerve cells are killed or damaged by excessive stimulation of neurotransmitters such as glutamate.

In addition, when those with CBS upregulation break down homocysteine to make cysteine and taurine, rather than glutathione which triggers the enzyme G6PD, which is instrumental in cleaning and protecting the red blood cells as well as regulating blood sugar levels. This could lead to blood sugar fluctuations throughout the day and possibly stress the fight-or-flight response.

With the gut talking directly to the adrenal glands, any discrepancies in the system will constantly stimulate the fight-or-flight system, aggravating problems with the adrenals such as adrenal fatigue. With the body being swamped with gut-based molecules such as the high amounts of folic acid and folate created by the CBS upregulation, potent toxins can upset the methylation cycle and make AFS symptoms drag on for years.

Furthermore, testosterone also impacts the CBS mutation. Coupled with an already higher level of testosterone in males, this can increase the level of the nutrient and toxin dumping. Monitoring hormone levels is important if you are a carrier of the mutation, as well as maintaining levels of minerals such as copper, zinc, molybdenum, and manganese which can affect hormones.

One possible consequence of a CBS upregulation is high copper levels. These can lead to serious health problems, including issues with:

Other Issues Associated with CBS Mutation

What to Do for CBS Mutations 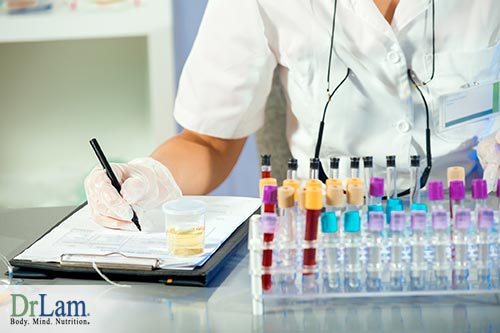 Prior to any dietary supplementation, it is highly recommended that a person receives a baseline Urine Amino Acid (UAA) test to determine their taurine levels.

The following are additional alternative recommendations for living with the CBS upregulation. Please ensure all plans are reviewed and approved by a specialist in this area. By the time CBS mutation issues are suspected, most sufferers are quite weak and fragile. Adrenal crashes can be triggered even by the slightest change. What works for one person, therefore, can worsen another.

It is very important to address any gut issues that may be prevalent prior to addressing the CBS defect.

In conclusion, CBS genetic mutations appear to be a "loaded gun." However, it should be noted that gene mutations are not the only factor in the obstruction of pathways as any number of epigenetic factors can cause issues.

It should also be considered that the combining of the CBS and BHMT mutations, along with MTHFR (methylenetetrahydrofolate reductase, which is the rate-limiting enzyme in the methyl cycle) have been correlated with stressing the fight or flight system. Usually, this system is triggered by an illness or crisis. However, if the person suffers from a disorder such as AFS or NeuroEndoMetabolic Stress Response dysregulation, they will have a more highly activated stress response.

Proper care must be taken if your doctor identifies a CBS mutation, maintaining regulated diets so as to not aggravate other possible disorders in the body’s system. However, with a good care plan, it is possible to live a healthy life with a CBS mutation.

If you’d like to get genetic testing done, we offer it at the Lam Clinic in Tustin, California. We also offer other types of functional lab tests, such as adrenal, thyroid, and reproductive hormone testing, neurotransmitter testing, food sensitivities and allergy testing, and full nutritional evaluations.

You can also book a FREE** initial consultation with one of our coaches to see if it makes sense to check for the CBS mutation or other genetic mutations and whether our world-class nutritional programs and NEM recovery plans would suit you.
Free Health Consultation

Are there foods that must be avoided if you have the CBS mutation?

Yes, if you discover you have the CBS mutation, it is extremely important to test and regulate the consumption of sulfur in your diet, as this can lead to an accumulation and buildup of high levels of toxins in the body.